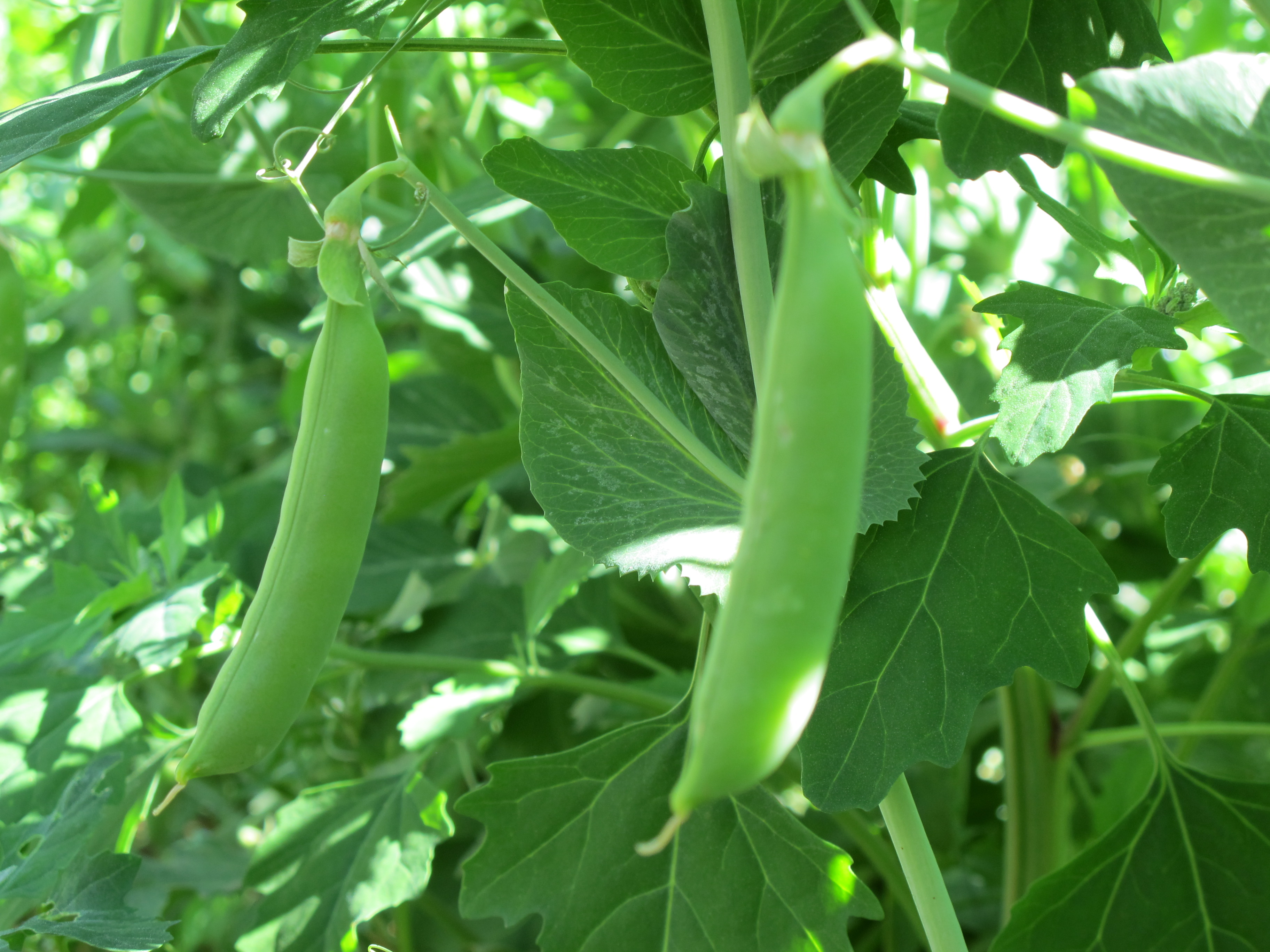 You may think your leguminous vegetables are enriching the soil in nitrogen, but they probably aren’t. Source: mcclendonsselectblog.com

If you follow the basic rules on crop rotation, you know that the premise is that you use a four-year plan in the following order: leafy vegetables in year one, fruiting vegetables in year two and root vegetables in year three, each with decreasing needs in nitrogen, then you grow legumes for year four to reintroduce nitrogen into the garden and the cycle begins again.

Except that legumes don’t really add much nitrogen to the garden and in fact, probably use more than they add, at least when you grow them the way the average gardener does.

No Symbiosis, No Nitrogen

Let me explain. Most legumes (peas, beans and broad beans are the best know leguminous vegetables while clover, vetch and sweet clover are common wild ones) live in symbiosis with bacteria (rhizobia) that absorb atmospheric nitrogen and convert it into plant-usable nitrogen compounds such as ammonia and nitrate. They inhabit nodules on the plant’s root system. When the legume dies, this nitrogen is slowly released in a form other plants can absorb. Great! All the plants benefit! Except…

Were the legumes you grow ever inoculated with right bacteria to start with? There are special strains of inoculant for beans, peas, soybeans, etc. or you can use a multipurpose one that treats most leguminous vegetables. You need to apply them when you sow your legumes. Once in the ground, the bacteria can remain alive but dormant for years, so a few years without a leguminous partner won’t kill them. Thus, when you sow legumes again in the fourth year, they’re still there. And, true enough, sometimes they do find your garden on their own, but without the right rhizobia, your legumes simply aren’t fixing nitrogen!

To check, dig up a legume (pea, bean, etc.) just as it’s beginning to bloom. That’s when the nodules are most visible. If there are no nodules (lumpy growths of varying sizes and numbers, depending on the species) on the roots, the case in most gardens, your legumes are going to be net users of nitrogen, not suppliers. You’ll need to inoculate them the following year.

However … legumes are lazy. If you heavily enriched the soil with a goodly share of nitrogen just before you added legumes (by adding quality compost, for example), they won’t bother setting up a symbiotic relationship with rhizobia bacteria and will simply use the soil nitrogen that is available. Inoculation will work best when no nitrogen source has been added to the soil for the last two years.

I don’t understand why seed companies don’t simply add a spoonful of the appropriate inoculant to each pack of legume seed they sell. It would seem to me this would give gardeners the best possible results, as few gardeners know to add inoculant. And no harm comes from adding a bit more inoculant if the garden is already “rhizobiumized”. However, as far as I know, such a service is never offered.

Let’s assume things are going well and you do have nodulation occurring on the roots. Great! Now, don’t go and spoil things by pulling up your leguminous vegetables at the end of the season. Here’s why:

The most efficient way of fertilizing soil with legumes is by using them as a green manure. Just as legumes start to bloom, which is when they’ll be richest in nitrogen, work them into the soil where they’ll decompose and release the nitrogen they stored. Don’t let them flower fully and go to seed, as the nitrogen will largely migrate into the seeds. (That’s why legume seeds are high in protein, of which nitrogen is a prime component.) So, with the green mature method, you don’t get to eat your beans and peas or whatever else you sowed: you have to turn the mother plants under.

However, you can have your nitrogen and eat it too, to a certain degree. Grow your peas, beans, broad beans, etc. the way you usually do, harvesting (and eating) their seeds, but don’t pull the plants out in the fall. Instead, cut off the leaves and stems if you want to (although you could work them into the soil as well), but leave the roots in the ground to decompose. Not all the nitrogen moves to the seeds, so the rotting roots still contain a decent share of nitrogen that future vegetables will be able to harvest.

The average gardener can continue crop rotation: it’s a great technique for all sorts of reasons. But next time you sow legumes, add the right inoculum (available in garden centers, feed stores and on line) and thereafter, when you harvest your crop, leave the legume’s roots in the soil.

It’s not that complicated, is it?