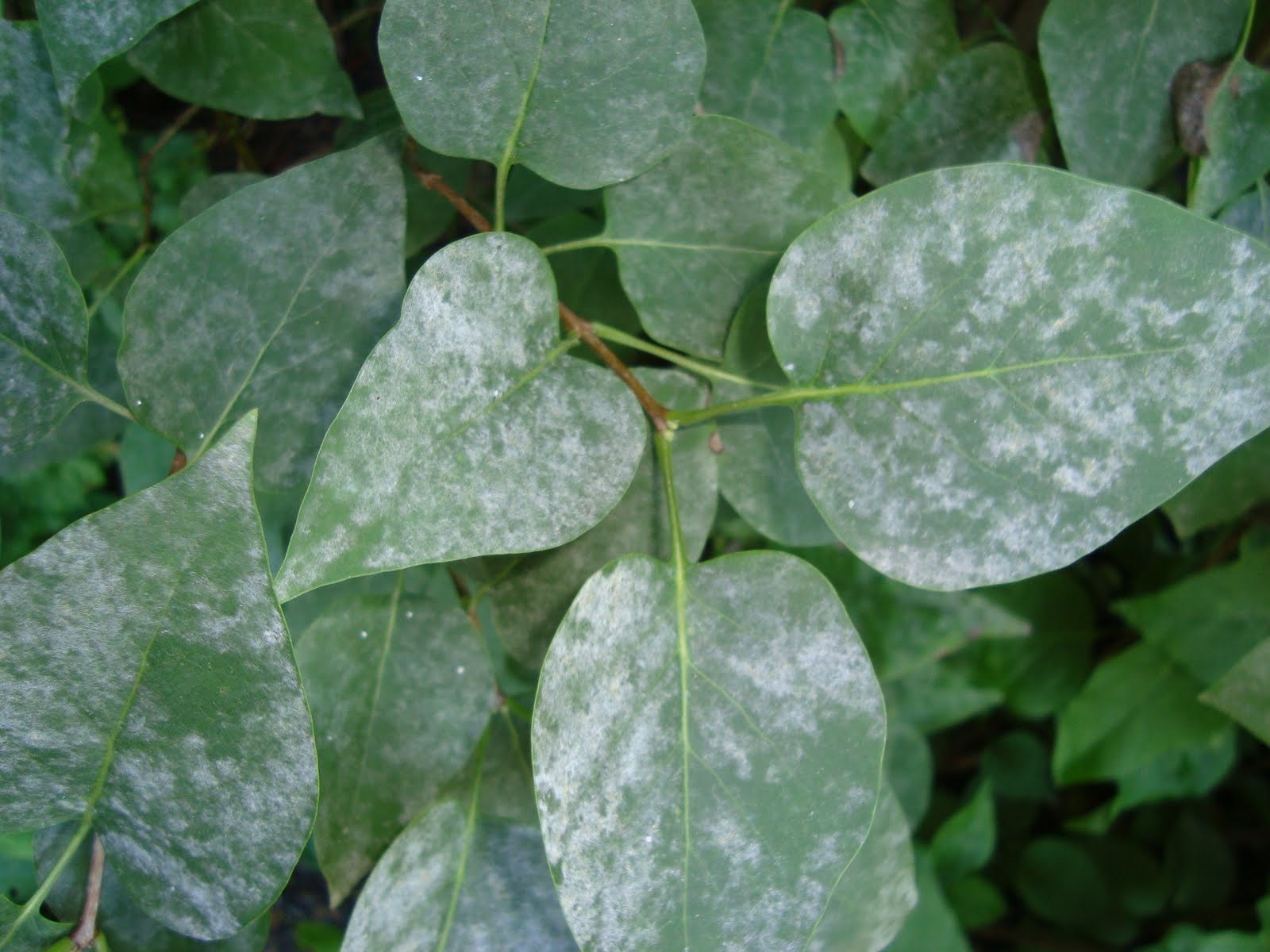 Question: I have lilacs and every year at the end of the summer leaves are coated with a whitish powder. What can I do to stop this?

OK, that was a bit flippant, but … that’s pretty much what you should do!

It’s important to understand that this disease, called powdery mildew, is pretty much harmless to lilacs, especially when it appears at the end of the season, which is usually the case. It doesn’t weaken the shrubs in any substantial way nor does it keep the plants from blooming normally the following year.

We call the disease powdery mildew because the foliage seems covered with a white powder, but in fact, it isn’t really powder: what you see are the fruiting bodies of a microscopic mushroom that has set up shop on the upper surface of the leaf. These bodies produce the spores that will eventually be carried by the wind to another lilac.

There are over 1000 species of powdery mildew fungus, but the two most commonly seen on lilacs are Erysiphe syringae (formerly Microsphaera syringae) and Phyllactinia syringae. They are specific to lilacs and a few close relatives (one variety of Erysiphe syringae will attack privets [Ligustrum spp.], for example), but won’t attack other plants, so you don’t have to worry that lilac powdery mildew will damage your other plantings.

On lilacs, as on many plants, powdery mildew is mainly a disease of senescence, that is, of aging. It mainly attacks the leaves towards the end of their useful period (end of August and September). That’s why it doesn’t really harm the shrub: by then, your lilac has already stored up its energy reserves for next year. So, it’s of little consequence other than visually. And I suspect no one else besides yourself would notice your lilacs are ill. From a distance, at least, they just seem to have a grayish cast that most people would mistake for their natural coloration. There are gray-leaved shrubs, after all.

Actually, you don’t really have to treat powdery mildew on lilac, given its minimal effect on its host. At most, you could try to prevent it with the following actions:

Or Do Nothing at All

Personally, the only actions I would take would be points 1 and 2: plant disease-resistant lilacs under appropriate conditions for their healthy growth. Otherwise, why fight a disease that doesn’t harm the health of its host and is not even very noticeable? This is one of those situations where you should simply apply the 15 pace rule: before treating, step back 15 paces. If you can’t see the problem at 15 paces, it’s not worth treating.

Benign neglect in the garden? Yep, I’m all for it!

3 comments on “Powdery Mildew on Lilacs”