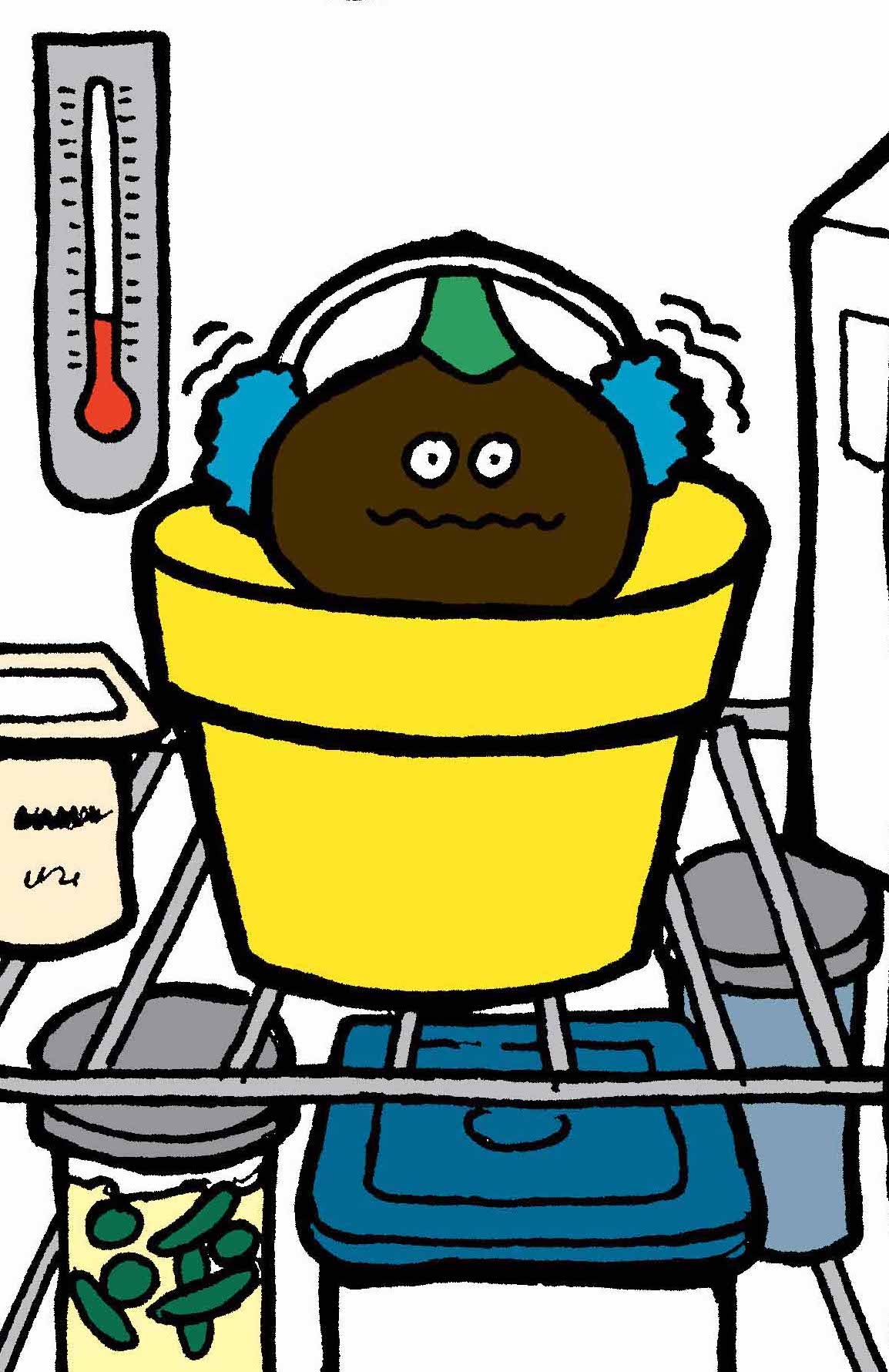 No, don’t put your amaryllis bulb in the fridge while it’s dormant. Source: Claire Tourigny, from the book Les 1500 trucs du jardinier paresseux

The very popular amaryllis (Hippeastrum) usually blooms around Christmas or into January or February in the Northern Hemisphere, then produces long green leaves that allow it to store energy for the following year. By September, the foliage is usually turning yellow, indicating it is ready to go through its annual period of dormancy. Do stop watering the plant and cut its dying foliage off at this point, but do not put the bulb in the fridge, a bizarre recommendation that I see more and more often on the Internet. (I sometimes wonder if anyone on the Internet actually tests the advice they give!)

The amaryllis is a tropical plant, originally from a climate where the temperature doesn’t vary all that much through the year. A bulb placed in the refrigerator may well be able to survive this mistreatment, but will be under extreme stress and may even begin to rot. Just leave your amaryllis at room temperature while it sleeps.

When new growth appears two to four months later, simply start watering again. With any luck, it will soon be in full bloom … without any cold treatment at all!

For more information on the amaryllis, read How to Get Your Amaryllis to Rebloom.

0 comments on “Garden Myth: No Need to Refrigerate Your Amaryllis!”