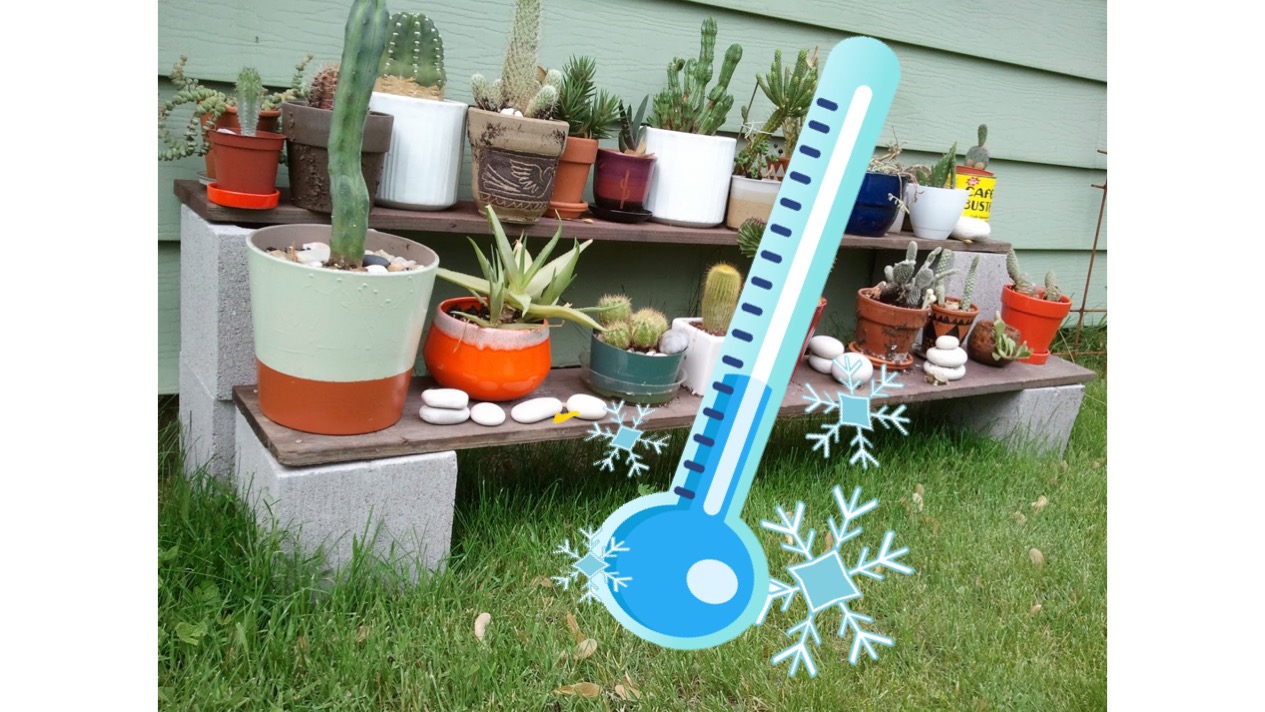 Most cactus love cool fall temperatures, but do bring in most other succulents before nights become cold. Source: succulentgarden.blogspot.com & http://www.kisspng.com

It’s usually important to bring houseplants that spent the summer outdoors back inside fairly early in the season, even as early as the beginning of September in many climates. That’s because the vast majority of houseplants are of tropical origin and don’t appreciate the gradual cooling that comes with fall. They prefer to be brought back indoors before fall nights start to cool off.

Cool temperatures can set them back considerably. Even nights below 60˚ F (15˚ C), which doesn’t seem that cold, can cause negative reactions in many tropical plants, especially if the cold nights are repeated and soil temperatures start to drop. Growth stops, no new flowers are produced, leaves yellow and fall off … it’s just not a good thing.

But there are exceptions to every rule.

There is a small minority of houseplants that are not tropical plants, but of subtropical origin. In other words, in their native environment they experience cool to very cool temperatures part of the year, yet without having to tolerate frost. These plants, unlike most other houseplants, prefer to spend the autumn outside and most will readily tolerate temperatures as low as 33˚ F (1˚ C). Therefore, bring them in only when frost is announced. In fact, if there is an early frost, it’s sometimes best to bring them in overnight, then to put them back outdoors for yet a few more weeks, until frosty nights truly become the norm.

Even when you do bring these plants indoors, trying keeping them in a cool place, with nights below 60˚ F (15˚ C) during the winter, if you can. They’ll really appreciate it!

In this category you’ll find such plants as indoor azalea (Rhododendron simsii), some orchids (including Cymbidium), Christmas cactus (Schlumbergera spp.), most other cacti, clivias (Clivia spp.) and lily of the Nile (Agapanthus spp.). Leaving these plants outdoors for a few extra weeks even tends to encourage better flowering when they do come back indoors.

Of course, you won’t want to bring insects back in with the plants you bring back inside. To learn how to control them, read Bring Your Houseplants Indoors Without the Bugs.