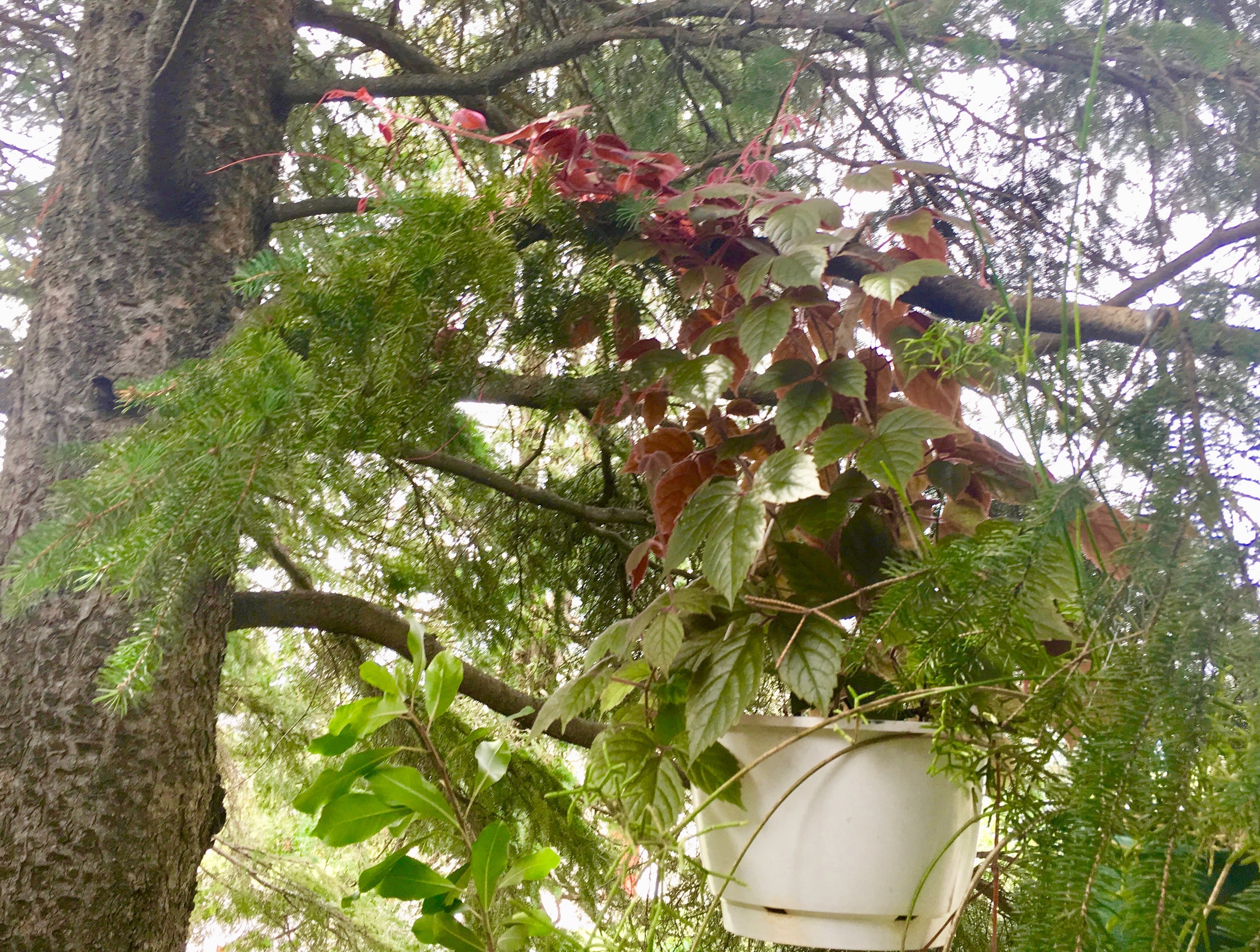 September is the time of year for me to bring my houseplants back indoors … and the ones the most reluctant to come in are the climbing plants.

I hang their baskets outside for the summer from the branches of the various trees on my property … and they love it! After long months dangling from their pots with nowhere to go but down, they finally get to do what they really want and reach for the sky. They quickly cling to nearby branches and try to hoist themselves up.

Some have tendrils or stems that wrap around branches, others literally cling to the bark of trees with aerial roots or suckers. They’re doing what comes naturally and it’s easy to see they’re having the time of their lives.

Then comes fall and the return to domestic life indoors. I don’t even bother trying to untangle them from their host: I know from experience that simply breaks stems and leaves, leaving them worse off. Instead, I just cut off the clinging growth and bring them back indoors, shorn and chastened.

Which plants do this? Mostly the faster-growing ones, like cissuses (Cissus adenophylla and C. amazonica are two I grow) and mandevillas (Mandevilla cvs), but even the apparently slow-growing hoyas (Hoya kerrii) and dischidias (Dischidia albida) take off at a rapid pace outdoors and need to be chopped back.

The aroids, like the various cultivars of heartleaf philodendron (Philodendron hederaceum) and pothos (Epipremnum spp.), though, always seem slower on the uptake and fail to profit from their summer host trees, just dangling downwards. I still have to trim them back, though, as their stems have gotten overly long and I don’t want plants creeping all over my floor indoors.

It’s a bit like tough love for vining houseplants. I know they hate being pruned, but they’re tropical plants and simply can’t remain outdoors permanently, not in my cold winter climate. So, snip, snip and in they come. Then they can spend the winter dreaming about being back outdoors again next summer!

0 comments on “Fall: A Sad Season for Climbing Houseplants”