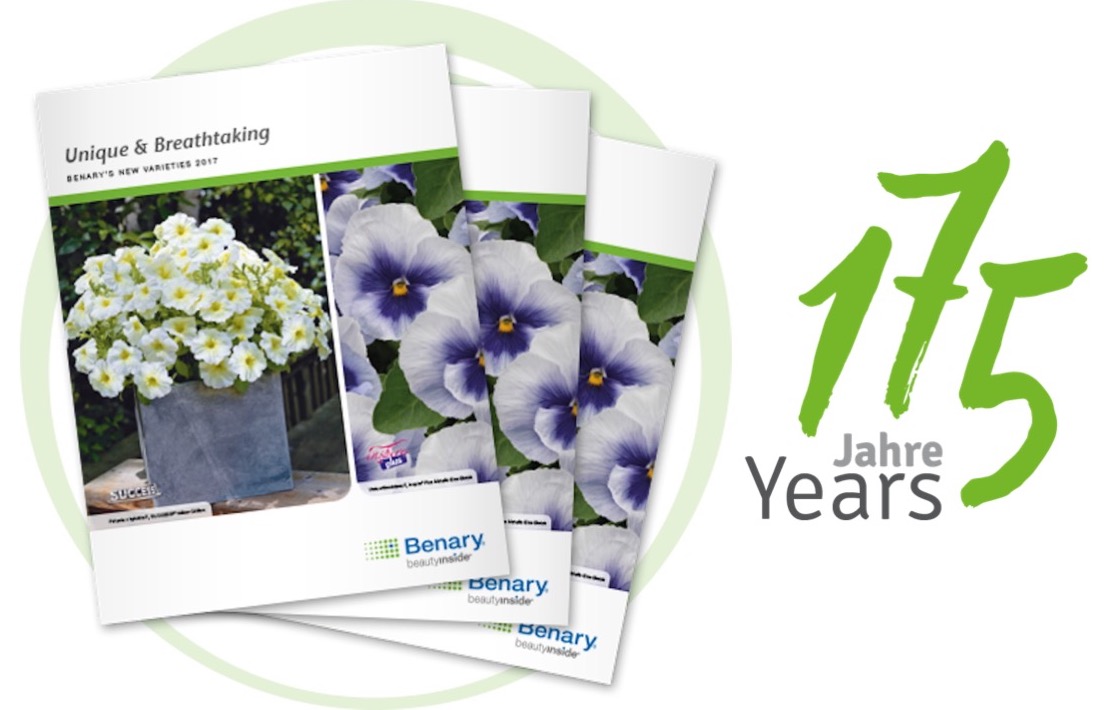 As home gardeners, we don’t always know much about where the seeds we grow come from. We just buy and sow them. Simple enough!

But somewhere, somebody (actually, usually a whole lot of somebodies) is busy creating new varieties, harvesting and packing seeds, shipping them, etc. Such is the case with Benary, a wholesale German seed company that has now been sharing seeds with the world for 175 years. You’ve probably grown seeds from Benary, or at the very least, plants grown from Benary seeds, but without knowing it.

Here’s a short resumé of a fascinating company history.

In 1845, Benary began producing seed catalogs in English, French and Russian as well as the original German. Their own breeding lead to such innovations as their first interspecies hybrid plant, a perennial called Haag’s Campion (Lychnis x haageana), launched in 1859. Remember, this was before Gregor Mendel first published his papers on biological inheritance: talk about being avant-garde! In fact, Mendel was one of Benary’s customers.

Benary’s distribution grew by leaps and bounds. Soon the company was selling seeds all over the world, not only to their original customers, the market gardeners of Western Europe, but to seed companies in France, England, Russia and North America, who then sold the seeds to their customers. Even the Tzars of Russia were growing flowers and vegetables from Benary seed!

At the turn of the 20thcentury, Ernst’s sons Friedrich and John were running the company. By 1909, their sons had entered the business.

1909 was also the year Benary launched the world’s first F1 fibrous begonia: Begonia x semperflorens Primadonna. This was a huge breakthrough: a brand-new plant for gardeners to discover. (A F1-hybrid is a plant selectively bred by cross pollinating two different parent plants.) The introduction of F1 hybrid begonias revolutionized the horticulture industry by allowing growers to produce begonias reliably on a commercial scale … and gave gardeners one of the rare annuals that blooms non-stop in shade.

World War I almost saw the company collapse. Other countries wouldn’t trade with Germany during the war years, so they lost most of their customer base. Still, the family hung on, supplying desperately needed vegetable seed to German market gardeners.

The business rebuilt when the war was over, soon launching the world’s first F1 hybrid tomato, ‘Heterosis’, in 1927, then another first: the triploid fibrous begonia ‘Tausendschön’ (sometimes called Thousand Wonders in English) in 1934. It is still available today.

The rise of Nazism in Germany starting in 1936 was another serious blow to the company. The name Benary is of Jewish origin. To avoid prosecution, most male members joined the Germany army. By the end of the war, seven of the nine brothers had been killed. Then Ernst Benary KG found itself on the wrong side of a newly divided Germany, in the Soviet Zone of Occupation. The company, with a staff of over 280, was soon expropriated by the East German government. The Benary family lost everything. It seemed like the dream was over.

But that was without counting on the ingenuity and persistence of Friedrich (Fritz) Benary. He moved to Western Germany and restarted the company under the name Ernst Benary Samenzucht GmbH in Hannoversch Münden, Lower Saxony. With only a bicycle as a tool, he rode from town to town, recollecting seeds from former customers and rebuilding stocks. 20 years later, Benary was back as strong as ever … and continuing to make waves in the horticultural industry, as with the introduction of the still highly popular Nonstop tuberous begonia (Begonia x tuberhybrida) in 1972.

After the sudden death of Fritz in 1979, his brother Rudolf took over. New breeding facilities began to spring up in West Germany and Austria, then, with the reunification of Germany in 1991, in East Germany as well.

Another generation, the fifth, took over in 1994, then the sixth generation in 2006. Klaudia Benary-Redlefsen owns the majority of the shares while her husband, Matthias Redlefsen manages the company with Nick ten Pas.

Innovations continue. The Big® line of begonias (Begonia x benariensis), the result of 100 years of begonia breeding, was launched in 2008 to great acclaim … and note the name Benary integrated into the Latin name! And Benary now has facilities in California, the Netherlands and China as well as Germany and Austria. Today’s Benary is a multinational company selling wholesale seeds and plant plugs to greenhouses, nurseries and seed companies all over the world, covering over 120 countries.

To honor Fritz Benary, the company launched a new line of French marigolds (Tagetes patula) in the spring of 2018, the Super Hero series. One of them has already been awarded an All-America Selections award. ‘Super Hero Spry’ is an extremely stable bicolored compact marigold that made a great impression on judges during the trialing process

“Fritz is our superhero,” said Jen Calhoun, the company’s North American Marketing Specialist at the 2018 California Spring Trials. She then went on to announce that in further celebration of his journey, Benary employees would be distributing seed from bicycles to their customers throughout the world during the summer of 2018.

Benary: 175 years of seeds and still going strong. 10 to 1 you grow something from Benary, probably without knowing it, in your garden every year!

Thanks for help in researching this article go to Jen Calhoun, Marianne Wilburn, Benary and the National Garden Bureau.