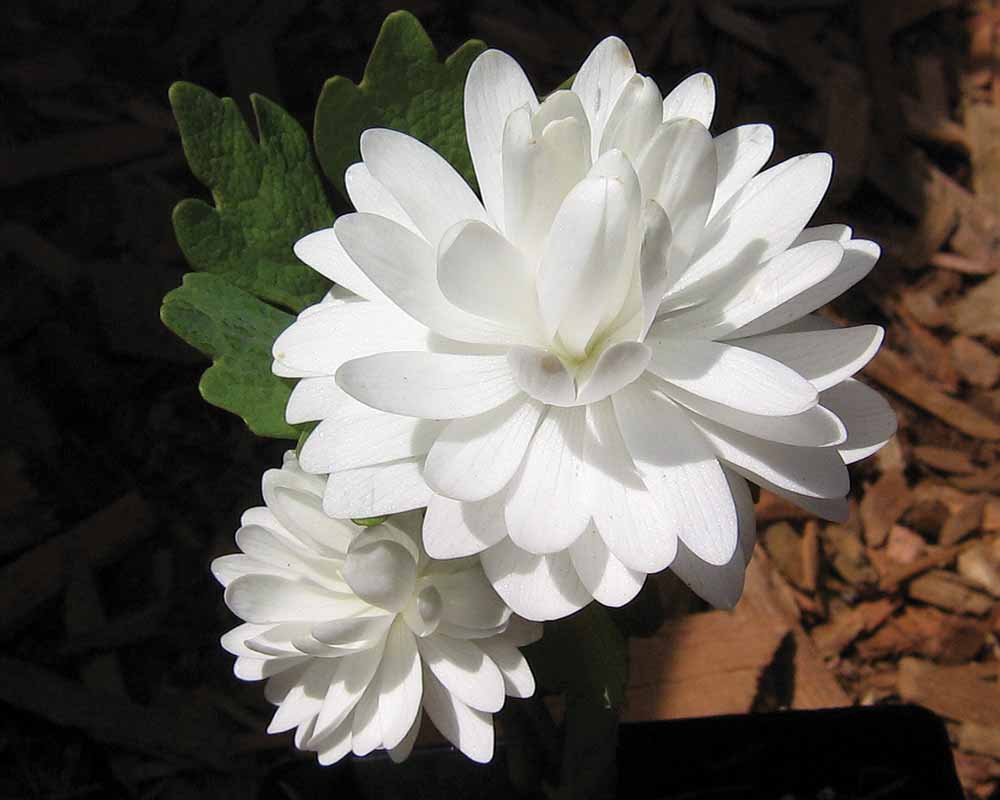 The double form of bloodroot (Sanguinaria canadensis ‘Multiplex’). It appeared spontaneously in the wild and would be considered a nativar when grown in North American gardens. Source: www.thimblefarms.com

Have you ever seen the term “nativar?” It’s been showing up more and more often in gardening circles, so maybe it’s time to define its meaning.

A nativar is a variety selected from a native species for its horticultural qualities and offered as a cultivar (cultivated variety) on the market. It could arise originally as a selection from local wild stock or from selective breeding (hybridization) within a single species.

For example, bloodroot (Sanguinaria canadensis) is a perennial native to eastern North America and has given rise to a mutation with double flowers, originally found growing in the wild: S. canadensis ‘Multiplex’. It would be considered a nativar of this species when grown in North America, because bloodroot is only native to that continent. It would not be a nativar in Europe, however, whereboth bloodroot and its double cultivar ‘Multiplex’ are introduced plants.

Baby’s breath (Gypsophila paniculata), on the other hand, is a perennial native to Eurasia. It has produced several cultivars, including ‘Rosenschleier’ and ‘Bristol Fairy’, that would be considered nativars when cultivated in Eurasia. They would not be nativars in North America.

Why Is the Term Useful?

The term nativar is useful for dealing with all those plants that are not exactly the strictly wild version of a plant, since they don’t occur that way in the wild, yet are not imported or non-native plants either. I’ve always found it a bit awkward when nurseries have a native plants section in which most of the plants are actually cultivars*. But a nursery could legitimately call this section its Nativar Collection.

You will certainly see me using this term in future texts.

*In fact, you really cannot buy purely “native plants.” All plants propagated from wild plants are essentially selections, whether labeled as such nor not, and thus are technically nativars.