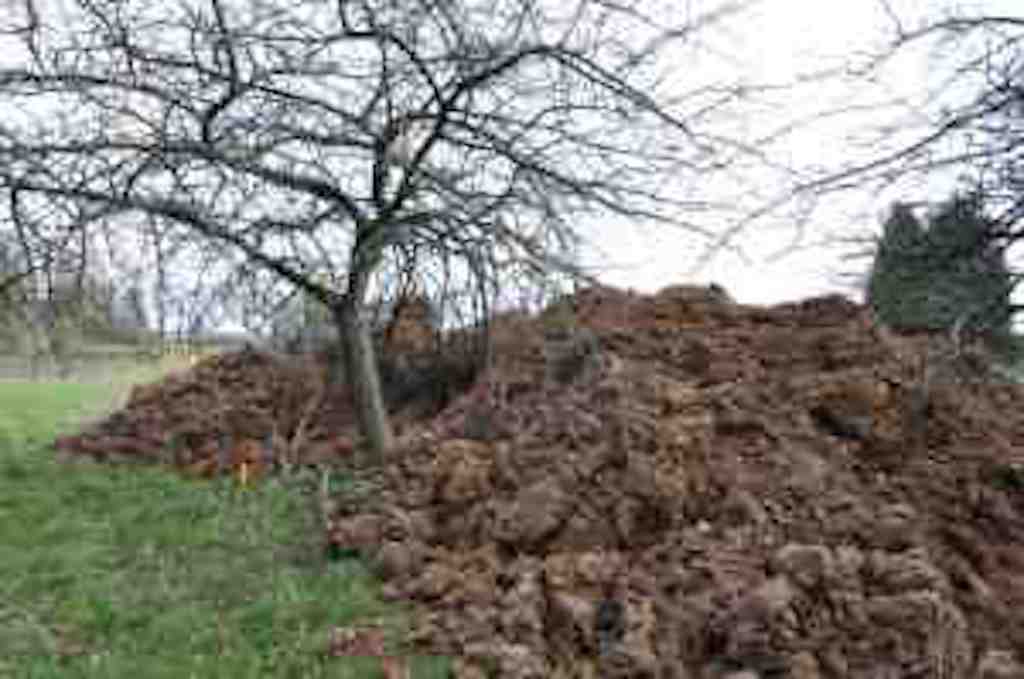 When carrying out various landscaping jobs on your property, be careful to not add too much soil over the root system of trees you intend to keep. This can seriously damage the roots or even kill the tree, largely because the roots will be starved for oxygen. This kind of damage is insidious: the tree rarely dies outright, but will start to decline and may finally die years later, leaving you scratching your head as to what happened.

You’ll often see contractors dump huge piles of earth at the base of a tree while they dig, for example. Tell them they can put the pile on a driveway or a lawn (which you can renovate quite quickly), but never at the foot of a tree, especially if the soil is going to sit there for several weeks. Some landscape contractors (who should know better!) simply add several feet of soil right over the roots of established trees to change the grade or level out an area. You can bet the tree will start to decline after that.

What About a Tree Well?

Sometimes a tree well is proposed when the grade needs to be increased around a tree: a retaining wall that encircles the trunk so part of the root system is not covered with the new layer of soil. Whether this will work or not depends greatly on the species (some trees adapt better to change than others) and its age (younger trees cope better to change than mature specimens and truly ancient subjects rarely adapt at all). Certainly the tree well needs to be at least 8 to 10 feet (2.5 to 3 m) across. In fact, ideally it should be placed at the tree’s drip line. Even when a tree well is carefully installed, though, a mature tree will often go into a slow and inevitable decline. Since installing a proper tree well can be quite expensive, it may well be more logical to remove the tree, then plant another when the grading is done.

Planting Under a Tree

You can still deposit a thin layer of soil at the base of a tree if you need to plant there (it’s much easier than trying to dig in soil filled with tree roots!).

8 inches (20 cm) of well-aerated garden soil, for example, is generally considered harmless to tree roots, as oxygen still circulates freely, yet is enough to allow you to plant young perennials or ground covers under a tree without damaging its roots. But already adding just a bit more – say 1 foot (30 cm) – can be fatal to some species.

Tree roots are more fragile than you might think: just keep that in mind when you garden!