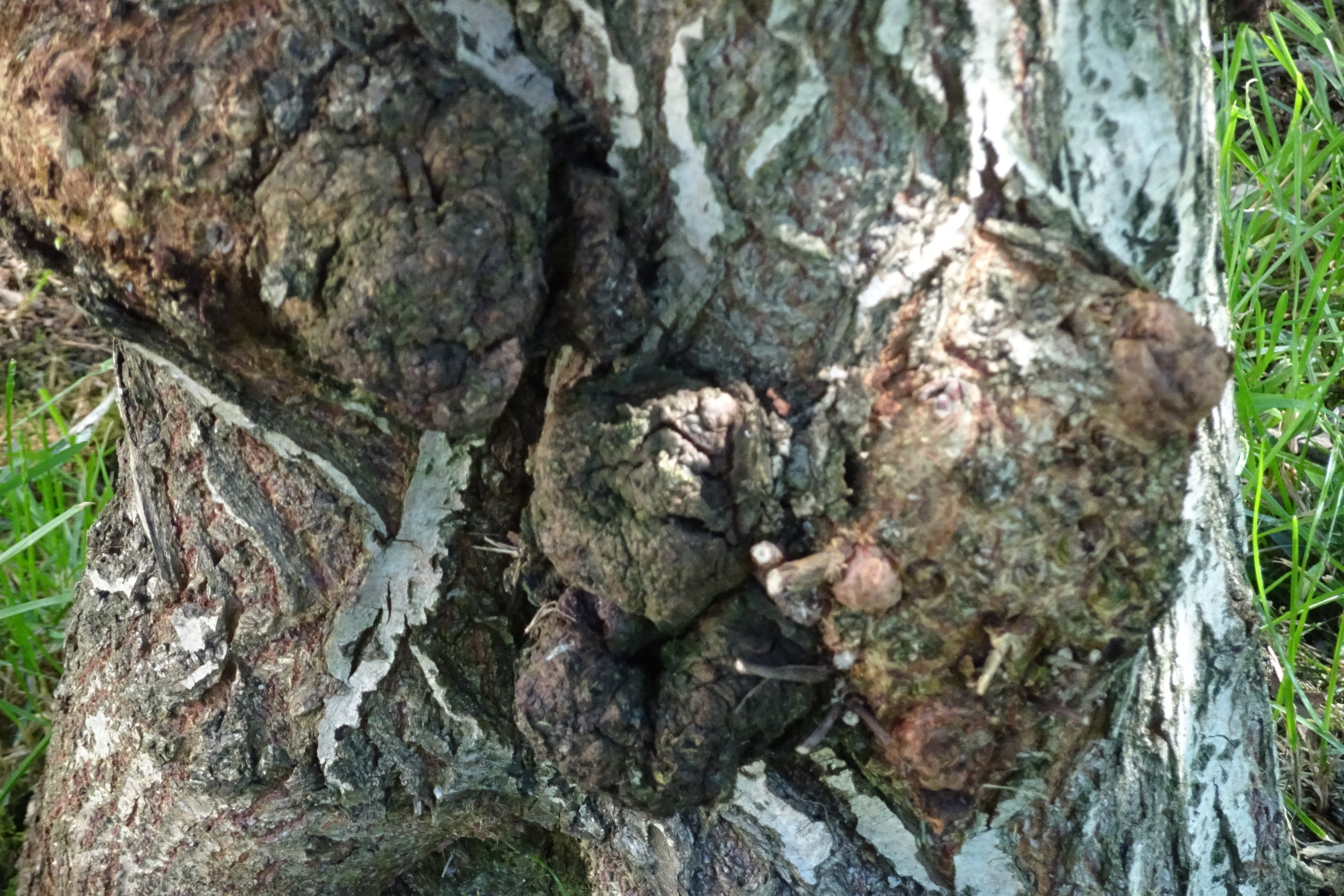 Question: I have a top-grafted Arctic willow with wart-like growths all along the trunk. Is this a disease? Should I remove my tree? The foliage is beautiful and the tree is otherwise in good shape.

Answer: Your willow is suffering from crown gall caused by the soil bacterium Agrobacterium tumefaciens (also called Rhizobium radiobacter). It causes galls (growths) on the trunk, roots and lower branches of many plants, not only willows, but many trees and shrubs and also herbaceous plants. The unsightly galls gradually increase in size, becoming woody and hard.

Crown gall tends to make short work of herbaceous (non-woody) plants, as it appears most commonly at the base of the plant and soon cuts off the flow of sap. And no saps means a dead plant.

Infected trees and shrubs, with their thicker stems and trunks, however, usually survive the assault at first and can live for several years (even decades in the case of some trees), but as the gall increases in size (and often number), it eventually tends to compress the woody plant’s circulatory system, killing it as well.

Several people have written to me recently about crown galls on the trunk of their grafted willows too, making me suspect that the problem might be traced back to the nursery that did the grafting. It might have been using contaminated rootstock or again, the tools employed were not being properly sterilized. (The disease is very easy to transmit through grafting.) If you think your tree was already infested at the time of purchase, don’t hesitate to ask for a refund.

In nature, the bacteria causing this disease enter the host plant through wounds, especially those caused by insects or animals. In a garden setting, it is mostly transmitted by soil cultivation (which causes wounds to roots) and pruning.

The crown gall bacterium is a partial saprophyte, that is, it doesn’t need a live host at all times, but instead can live on decomposing organic matter in the soil. It’s suspected it can survive for up to 10 years in contaminated soil.

Essentially, there is no cure for crown gall. Once the plant has it, the disease will eventually kill it. It is, however, possible to keep infested woody plants alive for several years. You can, for example, prune off galls appearing on branches … but later they grow back elsewhere. You can’t really remove galls on the plant’s main stem (trunk), though. When the plant’s appearance deteriorates too much, remove and destroy it, preferably by burning. Do not put contaminated plant parts in the compost pile.

Always sterilize any tools you used, even between each cut if you’re pruning, as crown gall is highly contagious and easily transmitted by contaminated tools. Wiping down tools with rubbing alcohol is the usual treatment.

Avoid replanting willows or other susceptible plants where a previously infected plant was. If you have no choice but to do so, at least dig out and replace as much soil as possible before you plant.

Finally, when buying plants, avoid those with suspicious growths on their stems or at the base: they could be crown galls just getting started.

Conifers never suffer from crown gall, as the disease only infects dicots. Among dicot trees and shrubs that are resistant to crown gall, you’ll find the following species:

Of course, not all galls and tumors found on plants are due to Agrobacterium tumefaciens. Some are caused by insects, mites or nematodes, others by fungi. Since there are multiple causes of galls, the treatments will necessarily vary as well. However, galls on woody plants caused by fungi (like the well-known black knot disease of cherries and plums) have a similar prognosis—gradual but almost certain death—and about the only treatment is to prune the galls off, sterilized the pruning shears between each cut.