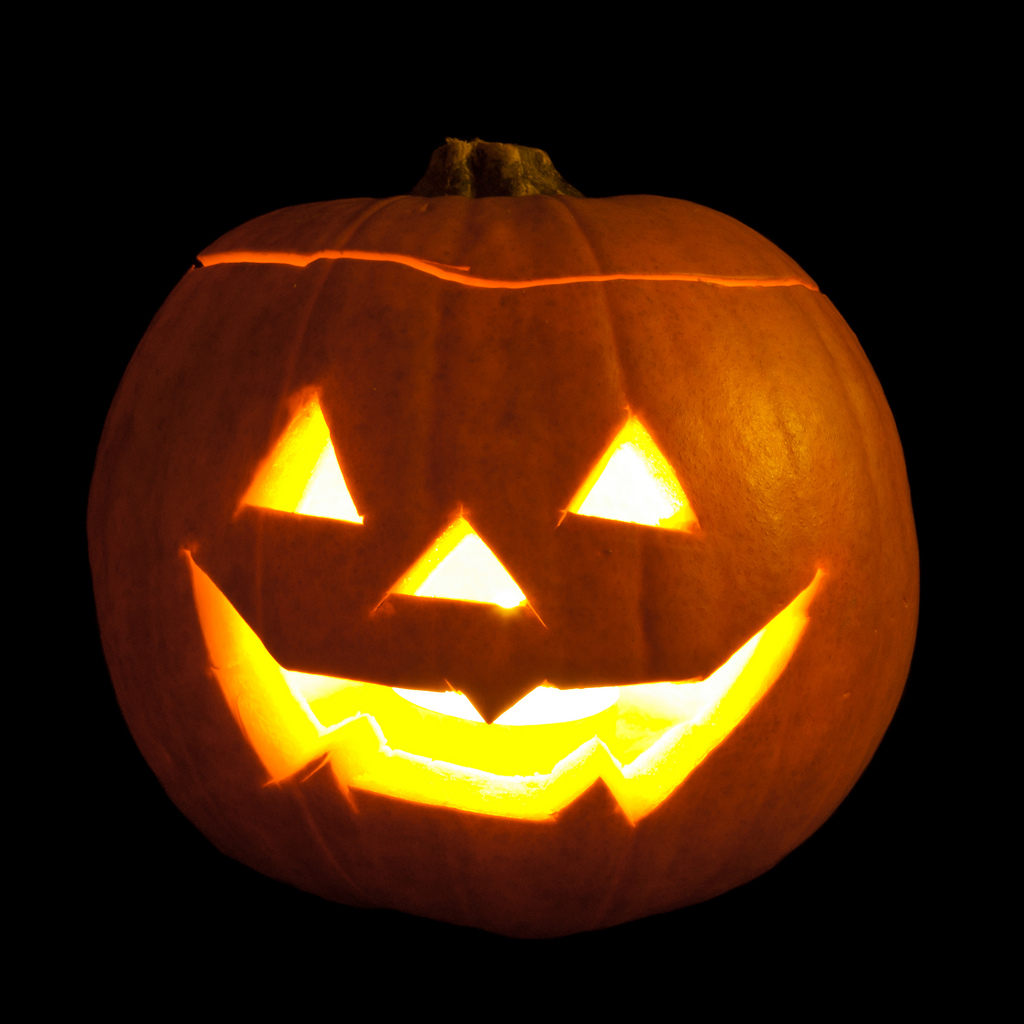 Just don’t toss your jack-o’lantern after Halloween: it still has many uses. Source: William Warby, http://www.flickr.com

As you’re carving your jack-o’lantern for Halloween, don’t forget that you can use the seeds you collect.

Remove the filaments and rinse the seeds, then roast them with a little salt. Delicious!

But don’t roast all of them: dry some on a paper towel and store them in a paper envelope. You can use them to sow your own pumpkins next year.

Don’t forget too that pumpkin flesh is perfectly edible. You can make a whole host of recipes from your jack-o’lantern: pumpkin purée, pumpkin soup, pumpkin pie, muffins, bread… In fact, you can use any recipe that calls for squash, because pumpkin, after all, is just a big orange squash.

Of course, if you intend to use your jack-o’lantern in cooking, the flesh has to be in good condition and not starting to decompose, with no signs of mold. So don’t carve your pumpkin more than two days before Halloween. For the very freshest pumpkin flesh, carve it on Halloween afternoon. It will still be in perfect shape when you’re ready to cook the following day.

If you have to carve it earlier (up to a week earlier), you can help keep the flesh in top shape by coating it in vegetable oil. It really doesn’t matter which kind of oil: the important thing is to coat the exposed flesh with a barrier to keep fungus and mold off.

How to Compost a Jack-O’Lantern

You don’t like pumpkin? (Probably because you have never tasted it!) Or the flesh has begun to soften, the first step in decomposition? At least don’t toss your jack-o’lantern into the trash (what a waste!). Instead break it into smaller chunks and put it in the compost bin. Pumpkin flesh is considered green matter, perfect for mixing with the fall leaves (brown matter) that are so abundant at this season.

Or just toss pumpkin pieces into your vegetable garden or flower bed and cover them with leaves. Mother Nature will take care of their decomposition.

0 comments on “Make the Most of Your Jack O’Lantern”