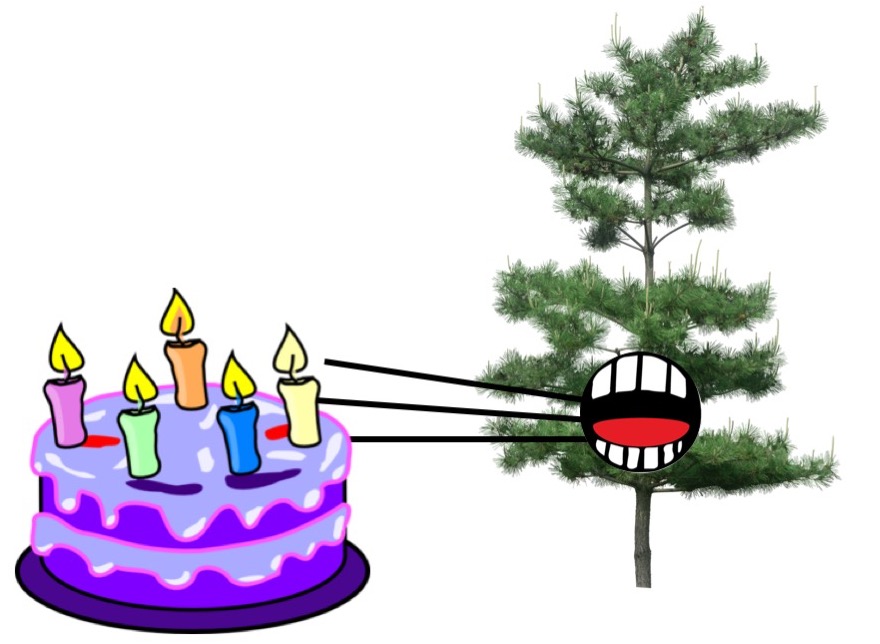 A fossil of the oldest known pine was recently found in a Nova Scotia, Canada quarry by paleontologist Howard Falcon-Lang of Royal Holloway University of London. He used an acid solution to free several small (7 to 20 mm) fossils from the surrounding rock and they turned out to be those of a primitive pine (Pinus mundayi). This is 5 to 10 million years earlier than any previous known pine.

The fossils were fire-charred, suggesting they had been damaged in a forest fire, probably caused by lightning. At the time, the Cretaceous period (when dinosaurs ruled the earth), the air was richer in oxygen than today and fires would have been more commonplace.

Pines evolved to tolerate fire, with some species actually depending on it for their reproduction, as their cones only open after exposure to extreme heat. In fact, if pines are the most widely distributed of all conifers today, it’s largely because of their capacity to recuperate rapidly after forest fires.