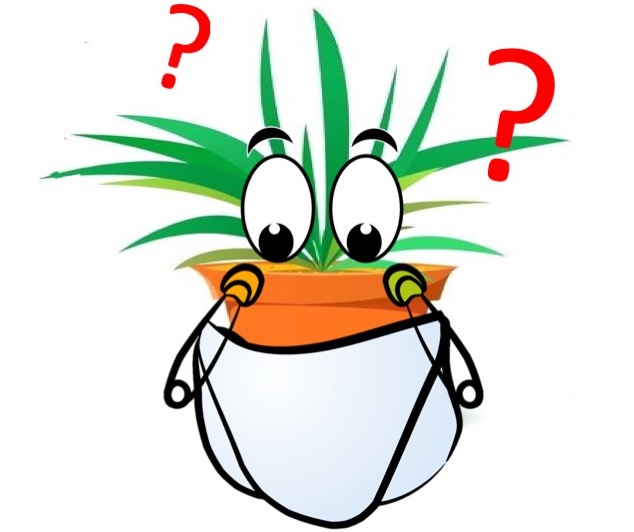 You’d be surprised at how often I hear the following bit of useless horticultural information: that if a spider plant, also called airplane plant, (Chlorophytum comosum) produces no “babies” (plantlets), it must be a male. And that would seem logical, wouldn’t it, as don’t only female animals produce animal babies?

But that, of course, is nonsense. The sex of a plant has nothing to do with whether it produces offsets (babies). They’re a form of asexual reproduction: no exchange with any other plant is needed, male or female. And it just so happens that the spider plant, like the vast majority of plants, has “perfect” flowers, that is, bisexual ones. Both male and female organs are present and functional. It’s therefore hermaphroditic, both male and female.

The Real Reasons Why Spider Plants Produce No Babies

If the spider plant produces no babies, therefore, it’s for some other reason. And that’s usually because it’s either too young (it usually needs to be about a year old before it will produce offsets) or it’s not getting the growing conditions it needs.

And that’s none too common.

It just so happens that a spider plant is an extremely easy plant to grow (indoors at least, outdoors, it needs a tropical climate). It will put up with irregular waterings, prolonged drought, little or no fertilizer and barely tolerable temperatures and yet will still produce at least a few babies on its famous hanging stems.

So when a spider plant produces no babies, it’s almost always for one simple reason: it’s not getting enough light!

Remember that light is the only source of energy for green (photosynthetic) plants. For them, light is as important as food is for humans. Spider plants are incredibly tenacious and will hang on for years under low-light conditions, essentially half-starved all that time, but they will not bloom under those conditions … and for them, blooming is essential for baby-making.

You see, under even moderately good light, spider plants will produce arching flower stalks that bear tiny white flowers. None too showy and fairly short-lived, they may go unnoticed. However, even as flower buds appear, the flower stalk continues lengthening, now arching downward under the weight of little plantlets that form on it. These are the “babies” you’ve been expecting. The larger and the more numerous the plantlets, the more the stem droops, giving the plant its well-known trailing habit. But still, it needs to bloom before it will pop out babies … and that requires light.

In hanging baskets, it just keeps producing more and more hanging flower stems and even the baby plants in free fall begin to produce their own flower stems, causing the plant to cascade downward even further … and that is what makes the spider plant such a popular houseplant.

But for abundant babies, the spider plant needs good light. And for even a modest number of babies, at least moderate light. Under poor light, it will simply produce leaves.

So now that you know, move your “male” spider plants to a brighter spot and soon it will be a mommy!