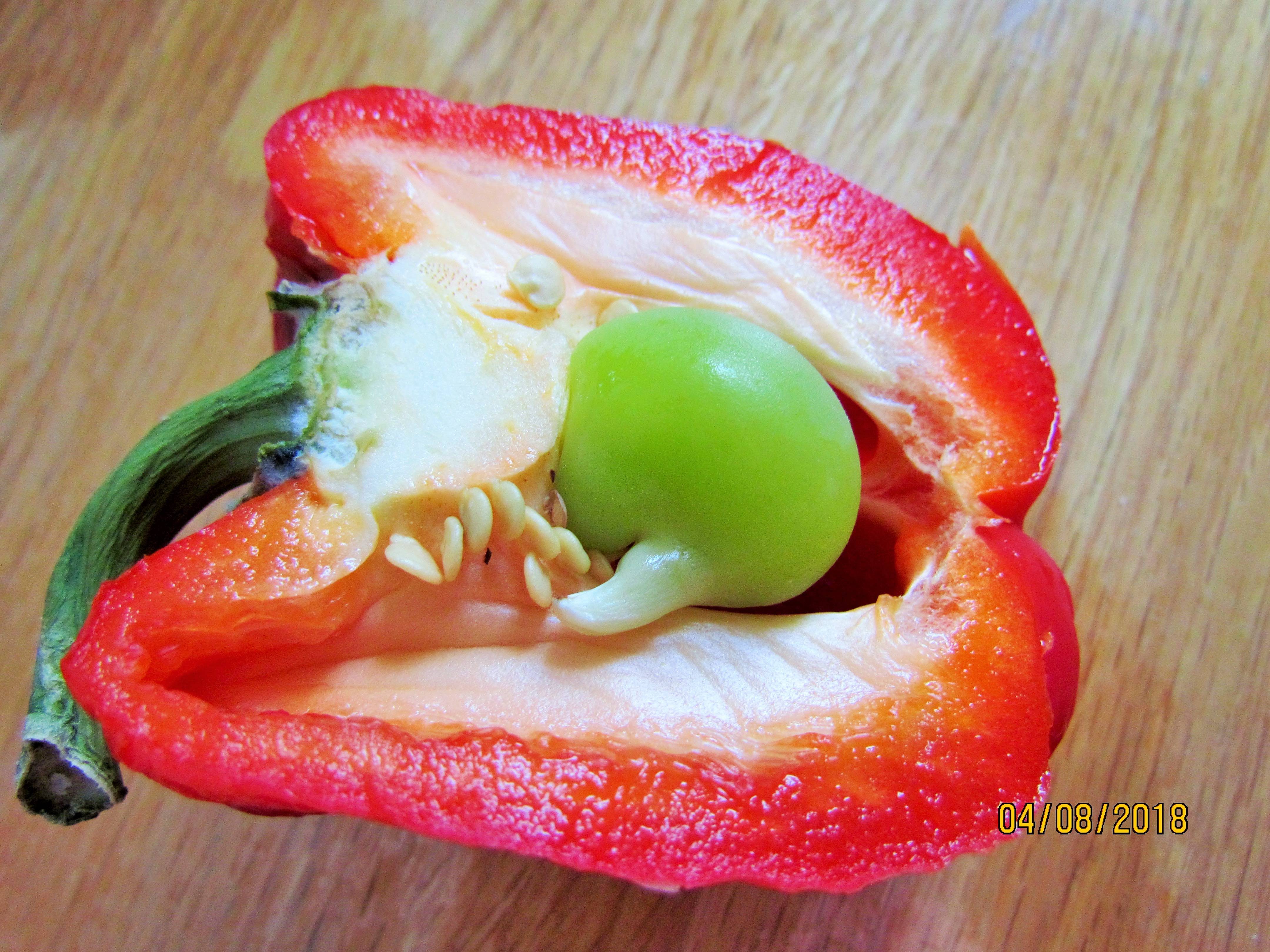 Question: I was cutting peppers and I found a green growth inside a red bell pepper. Can you tell me if I can plant it and if so, how?

Answer: This is a fairly rare phenomenon, but one that does show up occasionally. It is actually a small pepper growing inside the mature pepper.

It’s called an “internal proliferation” and is an abnormal growth, a bit like a tumor in humans, but not harmful. Sometimes it forms a perfectly symmetrical miniature pepper, but in other cases, like yours, the pepper is misshapen and not as easy to recognize. The small pepper is, however, perfectly edible.

And no, you can’t use it to produce another pepper.

2 comments on “Baby Pepper Inside a Mature Pepper”