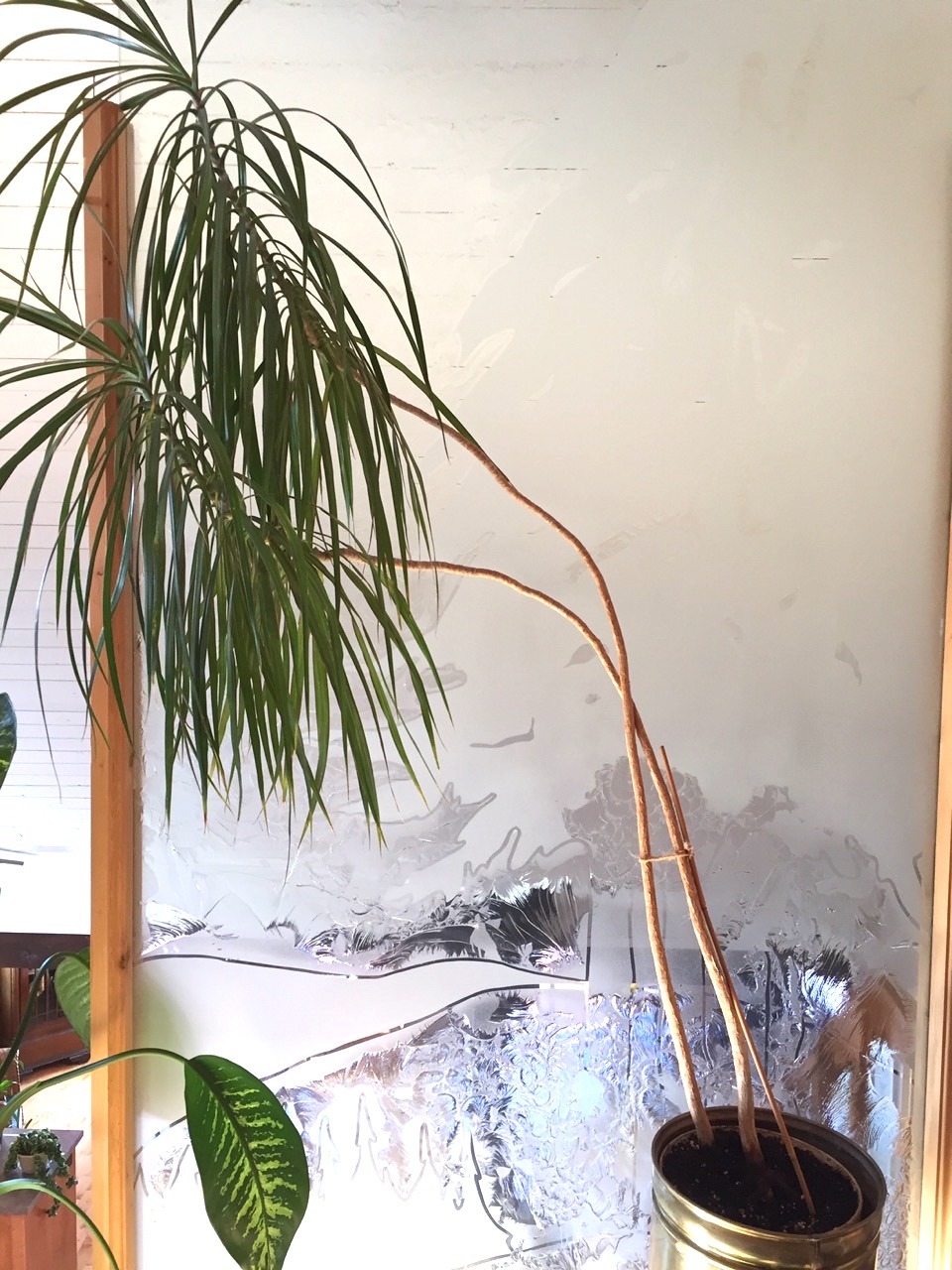 Weak stems bending toward the light and extra-narrow leaves: these are signs the plant is not getting enough light. Source: Rachel Bernier

Question: I have a dracaena that is very green with beautiful leaves, but as you can see in the picture, its stems are very floppy, to the point where it barely stands up on its own. What can I do with it? Can I cut the top off and replant it?

Answer: Your dracaena (Dracaena marginata), also called red-edged dracaena or Madagascar dragon tree, is clearly suffering from a lack of light and this has been going on for a long time. In short, it’s etiolated. That’s why it stretches so much and leans toward the far distant window. Plus, the stems are thinner than they should be (and less able to hold the plant upright), plus the leaves are narrower.

And yes, you could do exactly as you suggest: cut off and root the top. This is called a stem cutting. Just chop it off about 2 or 3 inches (5 to 8 cm) below the lower leaves and sink the stem into a container of moist potting soil. You could apply rooting hormone to the cut surface to speed things up. Even so, dracaenas are slow to root and you shouldn’t be concerned if it takes a few months before you see any new growth.

An alternative would be cut off the whole plant near its base and it will (again, very slowly) produce new stems. Or, if you want several dracaenas, do both: root the top to create one plant and let the old one grow back from the base.

Another possibility would be to multiply your dracaena by air layering.

In the future, if you want to keep your dracaena in its current location, give it a quarter turn regularly, perhaps every time you water it, always in the same direction. At least that will keep it from bending toward the source of light.

Or use it in rotation with another plant every two weeks, giving it two weeks near a sunny window each month, then two weeks back it its usual dark corner. You’d be amazed at how well foliage plants do when they have at least two weeks of good light per month!

Another possibility would be to put a plant better suited to dim lighting in that spot: dieffenbachia, Chinese evergreen, pothos, philodendron, etc., even another dracaena. It turns out that your dracaena (Dracaena marginata) requires much more light than the other commonly grown dracaenas and so just about any other species (D. fragrans, D. deremensis, D. sanderiana, etc.) would be better suited to that dark spot than the variety that you currently use.

Finally, to make your Dracaena marginata really happy, move it permanently to a spot near a large window which receives good light, including at least two or three hours of sun per day. Still give it a quarter turn two or three times a month to keep it as upright as possible, but when you treat a dracaena well, it will completely change completely in appearance, with thicker stems, wider and more abundant leaves and an overall look of good health.

2 comments on “What to Do With a Wimpy Dracaena?”