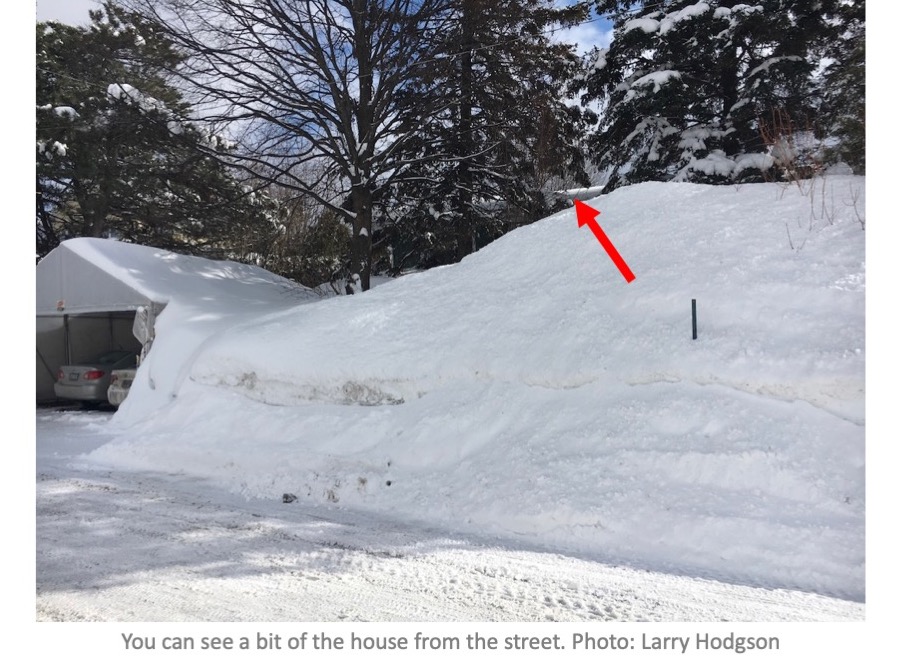 You can’t let yourself be too easily discouraged by winter when you live where I do, in Quebec City, Canada. I recently read it was listed as the 5th snowiest city in the world, ex-aequo with Syracuse, New York, with an average of 3.15 m (10 ½ feet) of snow per year. Of course, things could be worse: imagine living in Aomori, Japan, with an average of 7.92 m (26 feet) per year!

This year has been (so far) the second snowiest ever recorded. Snow tends to pack down over the winter, so you never see the full amount on the ground at once. Even so, there is presently nearly 2 m (over 6 feet) of snow on the ground and we’re told to expect an unusually cold spring, with cold weather in March (true enough so far!) and April and more snow to come. All the snow should melt away, according to previsions, by early May, about a month later than usual. Given the fact that winter started nearly a month earlier than usual last fall, with snow on the ground in late October, it will have been one truly snowy winter! Before it’s over, we may well be able to say we were under snow for a full six months.

So, as (most of) the rest of the Northern Hemisphere celebrates spring, with the first buds and flowers and perhaps even picnics in sunny fields (at least, that’s what I imagine!), we celebrate – hmmm! – snow, I guess, which will hopefully melt slowly so we don’t get flooded. At least it should keep our gardens well watered for much of the summer.

I’m looking forward to being able to see out of my (basement) office window: it’s been under snow since January. Most days I literally have no idea whether it’s sunny or cloudy until I pop upstairs for lunch at noon.

My houseplants do sense it’s spring, though. My aloe (Aloe vera) is blooming up a storm, my bleeding heart vine (Clerodendron thomsoniae) is coming into bloom, some of my Thanksgiving cactus (Schlumbergera truncata) are reblooming and there are always a few African violets, streptocarpus, begonias and pelargoniums in bloom. They give me hope…

3 comments on “The First Day of Spring… Elsewhere!﻿”