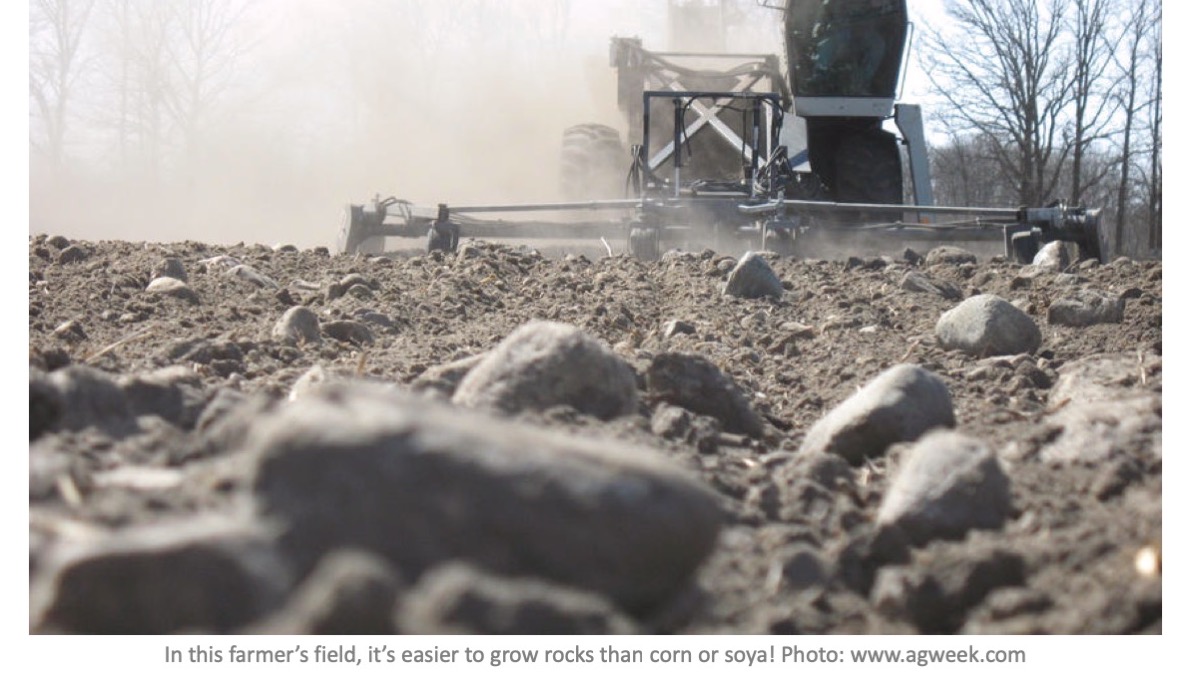 In colder parts of the world, a curious phenomenon often takes place: stones and rocks—from pebbles to rocks larger than your head—seem to magically grow like mushrooms in fields and gardens. Every year, gardeners and farmers remove the ones that rose to the surface and the following year, new ones appear. In parts of the Northeastern United States, they’re so common they’re called New England potatoes and stone fences are built of them. Or huge piles of them can be found where a frustrated farmer moved the larger ones … often over hundreds of years (yes, they just keep on coming over centuries!).

These rocks re associated with glacial deposits: soils pushed to the spot thousands of years ago by glaciers mixing sand, clay … and stones of all shapes and sizes. The soil is full of them, often to great depths, and they keep migrating upwards over time … but why?

The science behind the phenomenon comes from the fact that rocks are better conductors of heat than soil. As a result, as winter sets in, the rocks take heat away from the warmer soil underneath. The soil beneath the rock, now colder, freezes before the soil above and, since it contains water and water expands as it freezes, the soil does too, pushing the rock upwards through the unfrozen soil above. In the spring, at snow melt, the space under the rock fills with soil, supporting it. And so it moves upwards, year after year, until it pops up in your garden.

Obviously, rock movement is going to be most evident in tilled soil, such as in a farmer’s field or a vegetable bed or annual flower garden left empty for the winter—places where there is nothing to prevent upward movement—and less so in forested areas, meadows or flower beds dominated by permanent plants like perennials, groundcovers and shrubs, where plant roots better hold the soil in place and help slow rock movement. Even so, rocks will continue to migrate upwards even in forests, just at a vastly slower rate.

In a way, being able to grow your own rocks is pretty cool! Maybe you could put them to good use and make a stone fence like your farmer ancestors used to do?

5 comments on “A Spring Harvest of Rocks”