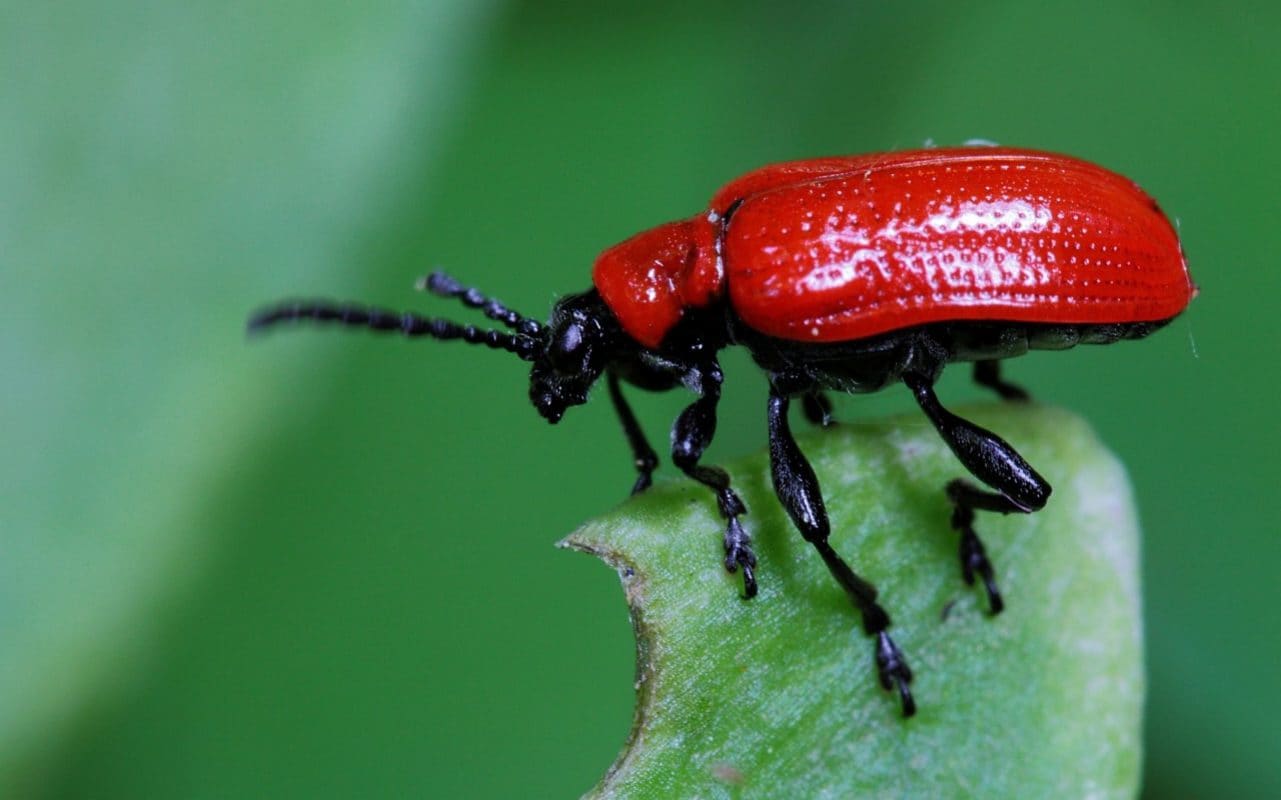 Lily beetles are so brightly colored you can scarcely miss them. Photo: http://www.telegraph.co.uk

I usually write this blog to answer other people’s gardening questions, but today I have one of my own.

What has happened to the scarlet lily beetle (Lilioceris lilii)? I saw very few in my garden last year and none at all this year. In previous years, they were so numerous it really wasn’t possible to grow lilies (Lilium spp.) without applying some method of control.

The bright red insects would normally be hard to miss: they really stand out against green lily leaves, plus the damage they cause, chewed leaves and flower buds, is pretty obvious.

Reader Rebecca Baker, from Montreal, also in my province, but 250 km (155 m) to the west, reports the same thing.

I have seen lily beetles this year, though: in Ottawa, yet another 200 km (125 m) further west. While visiting the Ornamental Gardens at the Experimental Farm, I saw a (yes, just one!) lily beetle and a few chewed on leaves. So, the lily beetle hasn’t entirely disappeared.

In all likelihood, this is simply a weather-related phenomenon. We’ve had two very hard winters in a row in North Eastern North America: the winter of 2017-2018 was extremely cold, with frost descending to unheard of depths in the ground. Temperatures during the winter of 2018-2019 were not as extreme, but it came exceptionally early and lasted exceptionally long. Maybe the beetles weren’t able to survive such conditions.

But there is also the possibility that one of the beetle parasites released to help control the lily beetle have finally kicked in. Various parasites have been introduced in the US and Canada to try and manage the lily beetle, including a parasitoid wasp (Tetrastichus setifer) and an ichneumon wasp (Lemophagus errabundus), as the scarlet lily beetle, of Eurasiatic origin, has no natural predators or parasites in North America. The two predators been shown to be very effective locally and there are signs they’ve been spreading.

So, I have two questions for readers.

Just click on Leave a Reply at the bottom of this page and let me know. ↓ Please indicate where you live: that will give a better portrait of where the lily beetle are thriving and where they are decreasing.

Thanks for your help!

29 comments on “Where Have All the (Lily) Beetles Gone?”