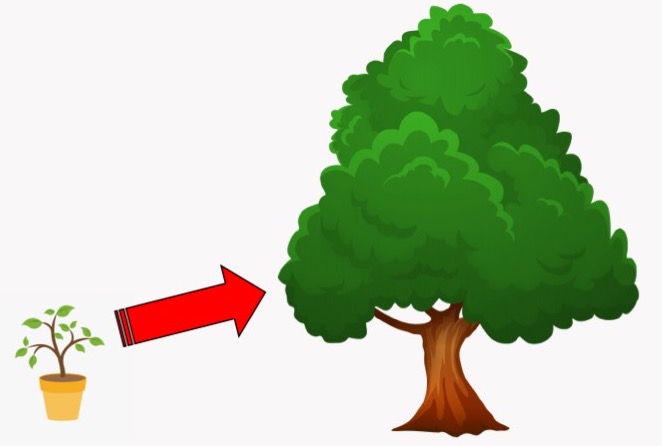 The trend in nurseries these days is to sell trees of increasingly large caliber at an increasingly high price, a trend that sits well with many consumers because they see it as a way to get faster results. But the laidback gardener (and the gardener on a budget) would prefer, instead, small-caliber trees or even rooted cuttings or seedlings, say about 2 or 3 years old, to large-size trees: they are less expensive (and how!), easier to transport and plant … and the success rate is vastly improved.

As is the case with almost all plants, seedlings and young plants tolerate transplanting much better than more mature specimens and grow much faster than large-caliber trees that have been stressed by having their roots severely confined. So, 5 years later, you’ll often see no major difference between a large caliber tree that cost $300 and a sapling that cost $5.95 … except that the sapling often exceeds its big brother in size, in vigor and in appearance!

In the world of trees, good things really do come in small packages!