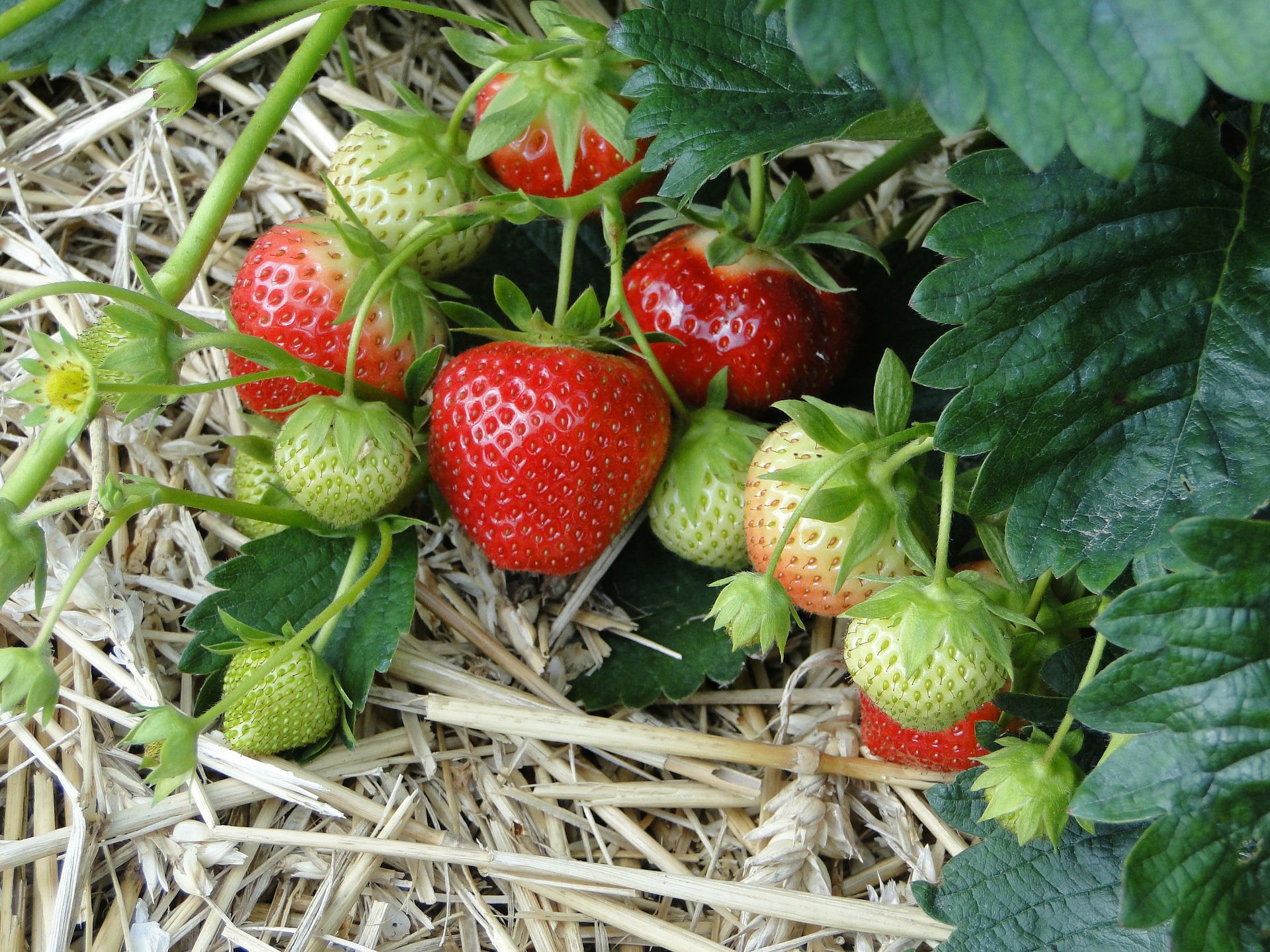 We’ve been growing strawberries as a garden for so long it’s hard to believe that they are actually one of the youngest domesticated plants. That’s because the garden strawberry (Fragaria × ananassa) is a hybrid species, a cross between two strawberries that never would have met in the wild. Here’s its history.

Humans have been consuming strawberries ever since the first humans discovered them when they set foot in Europe and Asia. They were used as both a source of food and a medicinal plant. The woodland or alpine strawberry (Fragaria vesca), found throughout the Northern Hemisphere, would have been the common wild strawberry and, as agriculture developed, people slowly learned to grow it in gardens as well as harvesting it from the wild.

By Roman times, the woodland strawberry was being grown as a medicinal plant and used for treating depressive illnesses, but seems to have been lost to agriculture after the fall of the Roman empire. By the 14th century, its culture was again well established in France: Charles V, King of France from 1364 to 1380, famously grew 1,200 strawberry plants in his royal garden. Its culture spread through Europe, reaching England by the mid-16th century. By then, there were already horticultural selections, including strawberries with white berries and everbearing strawberries.

The French called the fruits “fraises,” derived from the fruit’s Latin name: fraga. The practical Germans called them “Erdbeeren”: ground berries. The origin of the name strawberry is more obscure. No, it doesn’t come from the fact that gardeners used to mulch them with straw. (Mulching with straw came later and is essentially a 19th-century technique.) It’s thought the name may come from “strewn berry,” as they were strewn about on the ground rather than lifted into the air on branches like most fruits.

North American species with larger fruit, notably the Virginia strawberry (F. virginiana), were introduced into Europe in the 17th century. By the end of the 18th century, they had nearly replaced the woodland strawberry as the common garden strawberry.

A new strawberry, the Chilean strawberry or beach strawberry (F. chiloensis), long grown by the Mapuche and Huilliche Indians of Chile, was brought from that country to France in 1714 by French explorer Amédée-François Frézier, impressed by the large size of the Chilean variety’s fruit. However, the five plants he brought back failed to produce fruit. It turned that this species is dioecious: male and female flowers are produced on separate plants. And only female plants had been imported.

The European woodland strawberry (F. vesca) would not pollinate the new species: we now know that it’s a diploid species (it has two sets of chromosomes) and can’t cross with the octoploid Chilean strawberry (with eight sets of chromosomes). However, some of the North American species were octoploids too and could do the job, notably the already popular Virginia strawberry. So, as growing the large-fruited Chilean strawberries caught on, gardeners would grow a few Virginia strawberries nearby, as pollinators.

Birth of the Garden Strawberry

Soon, the first hybrid strawberries (F. × ananassa) began appearing spontaneously in Brittany, from seed resulting from bee-pollinated crosses between Chilean and Virginia strawberries. Having the same chromosome number, the two were very compatible. France. Botanist Antoine Nicolas Duchesne (1747–1827) famously documented this process, his research being sponsored by King Louis XV, who was delighted with the new large and flavorful fruits.

The name ananassa (from the French word for pineapple: ananas) refers to the pineapple-like scent of the fruit.

The Strawberry We Know and Love

The garden strawberry is an octoploid. Its monoecious flowers (are both male and female) and self-fertile, so there is no need to plant another variety nearby. It produces large, sugary fruits of a bright red color. There are now hundreds of varieties, many everbearing. It’s the strawberry we all know and that many of us grow.

Many further crosses were made and are still being made to develop garden-worthy strawberries and today’s strawberries are much larger and disease-resistant than the early ones. Still, the garden strawberry we know is essentially the result of an accidental cross between two imported species in 18th century France.

1 comment on “The Fascinating History of the Garden Strawberry”