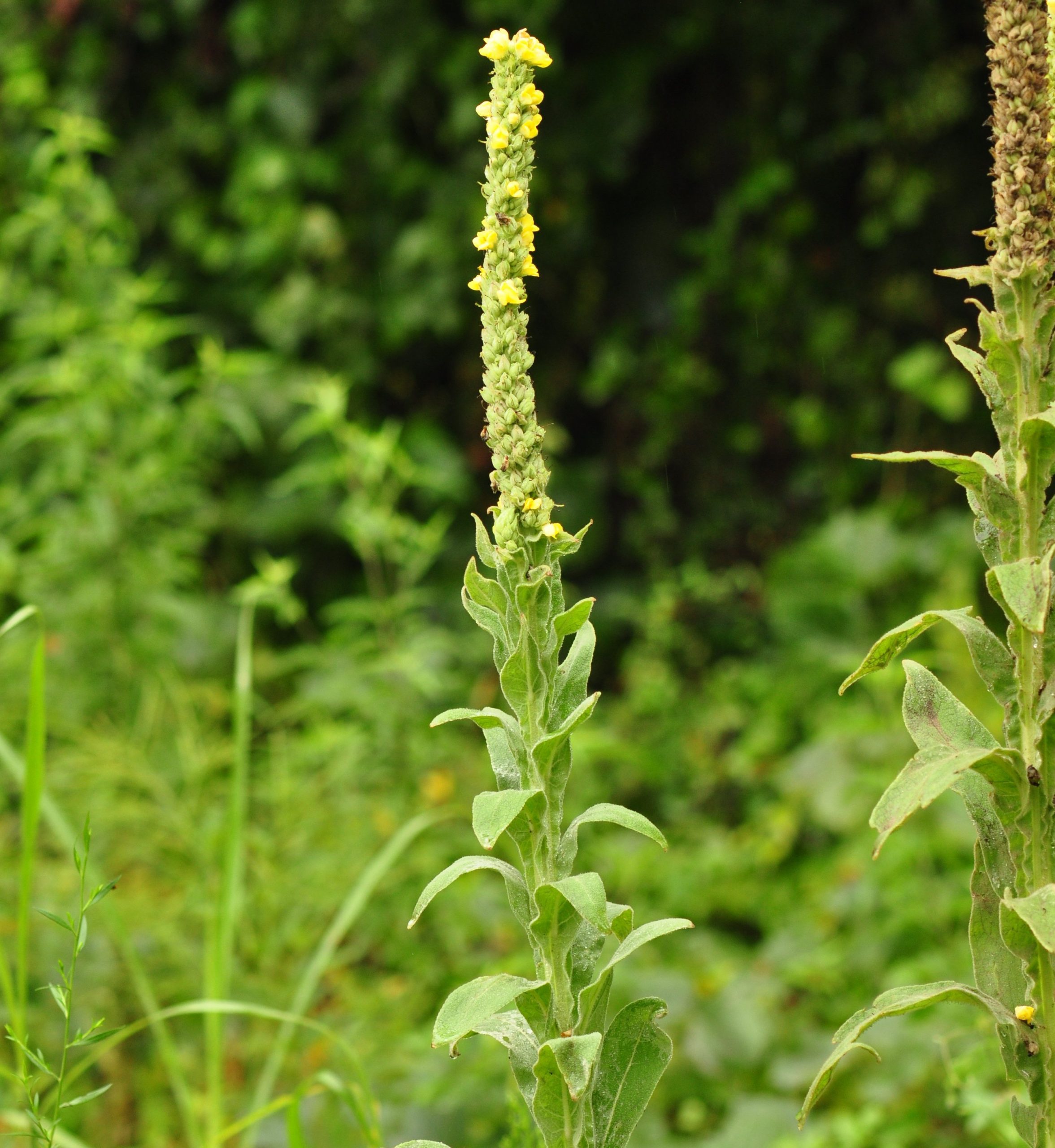 They say one person’s weed is another person’s wildflower … and I totally agree. I even have a favorite “weed”: common mullein (Verbascum thapsus). It’s on just about every farmer’s list of noxious weeds—after all, cattle won’t eat it and it takes up space—and yet it is a gorgeous wildflower, springing up without asking permission, but maybe not unwanted, in many home landscapes.

Originally, mullein was native to Eurasia and North Africa, but, thanks to its tough nature and ability to self-sow, it has spread to temperate and subtropical climates all over the world, including throughout North America and Australia, probably originally brought over as seed mixed in with cereal grains.

It’s certainly an attractive plant. I regularly receive photos from readers who want to know what it is. Often, they write, “I don’t remember planting this, but …”: a sure sign they haven’t realized it would be considered a weed by many other people. They just think it’s a pretty plant they planted and forgot to label.

Common mullein is a biennial. The first year, it produces a rosette of thick, sessile, downy, lanceolate to obovate leaves up to 20 inches (50 cm) long, taking on a silvery appearance. Don’t hesitate to feel them: they’re soft and fuzzy, like teddy bear ears. In year 2, a thick straight stalk grows from the center of the rosette, usually unbranched, reaching from 3 to 6 feet (1 to 2 m) tall. It bears a tight mass of 5-petaled charmingly scented yellow flowers from its middle to its top. They open more or less from bottom to top, a few at a time. Thus, it blooms for up to 3 months, beating many of the plants you grew on purpose. The flowers slowly turn into seed cases producing up to 240,000 tiny seeds per plant.

By mid-fall, the leaves die back bit-by-bit, but the flower stalk remains standing all winter. In my yard, it supplies seeds for goldfinches (Spinus tristis) as they migrate south, then again as they reach my garden in spring. I find mullein particularly attractive partly covered in snow. The stalk, although dead, can actually last several years if you don’t cut it back.

Personally, I only use this plant as an ornamental, but it’s also widely employed as a medicinal plant. For example, in parts of the world, mullein oil is used to treat warts, boils, chilblains and hemorrhoids and in others, poultices of powdered mullein root treat rashes, sores and skin infections. Drinks (filter them to remove the irritating hairs) have medicinal uses as well.

Or use the plant dipped in wax as a torch or its fibers as candle wicks. Or dye your clothes yellow or green with it. And then there is, of course, the cowboy toilet paper aspect. The list of possible uses goes on and on.

I’ll admit that mullein can be a weed, that is, sprouting in places where you don’t want it. But it’s easy enough to pull out when it does. Oddly, it’s not a competitive species: it won’t survive the shade of other plants, nor will it recover from tilling. Instead, it “fills in the blanks,” settling in empty spots in the landscape.

As a result, it pops up here and there, always a surprise … a delightful one, in my opinion! The seeds can survive in the ground for decades (one study found seed of a related species to still be viable after 120 years!), so even when you haven’t seen it for ages, it can suddenly reappear.

And then it’s gone. Such is the way with mullein!