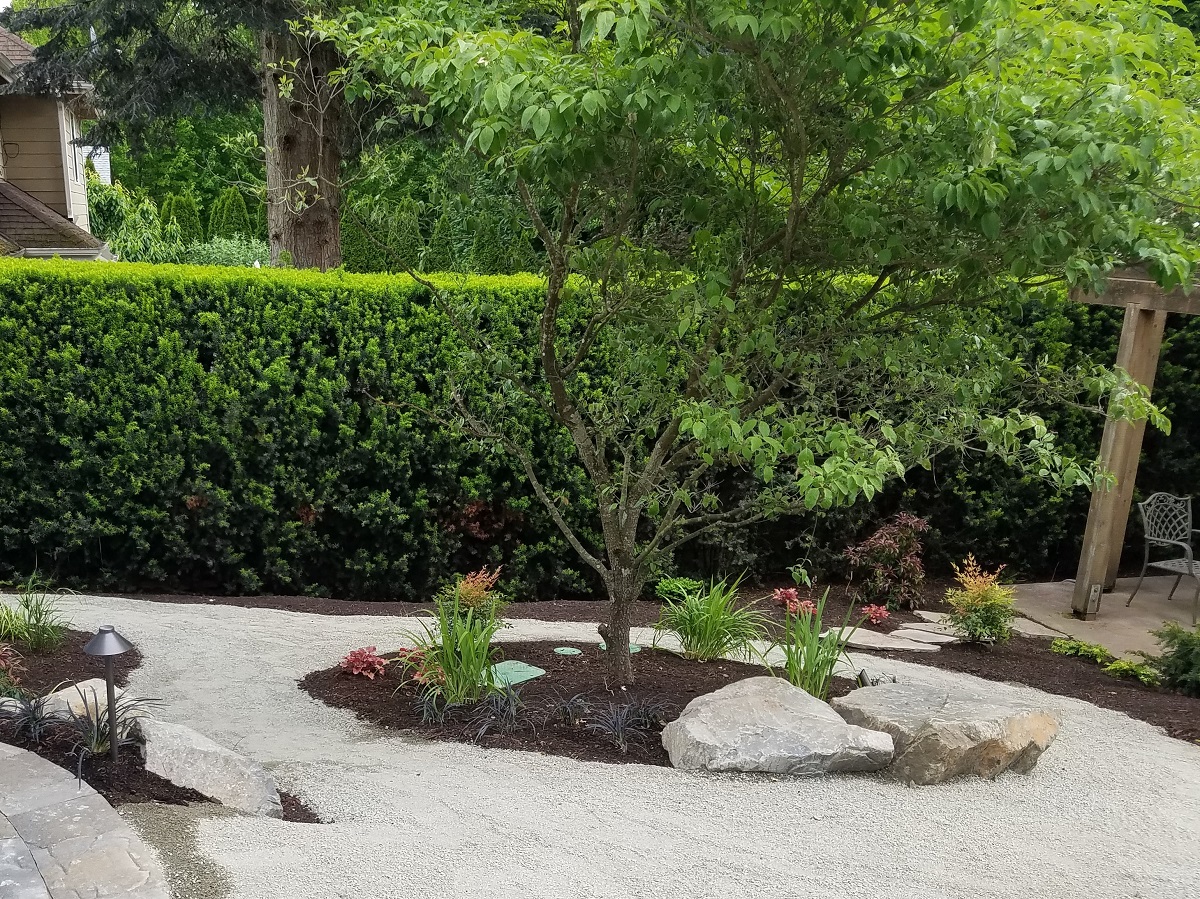 A yew hedge (Taxus × media ‘Hicksii’) is perfect for both sun and shade. Photo: sublimegardendesign.com

Question: I currently have a cedar hedge in a shady spot. It’s in bad shape and some plants have died. I would like to replace it with a hedge that is better adapted to shade and sun and keeps its leaves in winter. Is the yew a good choice? I live in zone 5b.

Answer: There are surprisingly few shrubs that are evergreen, shade tolerant and can put up with really cold winters.

You’re right that a yew would be an excellent choice, but make sure you get a hardy enough one. The Japanese yew (Taxus cuspidata) is the hardiest of the upright yews (hardiness zone 4a to 9) and grows well in both shade and sun. There are several cultivars, but ‘Cuspidata’ and ‘Columnaris’ are probably the best choices, being naturally taller than they are wide and not too expensive. And the hybrid yew (T. × media), although a little less hardy (zones 5 to 9), would still be suitable. The cultivar ‘Hicksii’, an upright variety, makes a very good hedge. But don’t expect a bargain. Yews are slow growing and therefore slow to reach a saleable size. As a result, a yew hedge will probably cost three times more than a typical cedar hedge. (Actually, the “cedars” in cedar hedges are not cedars at all but arborvitae, Thuja occidentalis.)

Also consider Eastern hemlock (Tsuga canadensis), zones 4 to 7. With this conifer, there is no need to look for an expensive cultivar: the wild form will be just perfect. As with any other hedge plant, you’ll have to prune it regularly shape it into a classic hedge.

You could also try a boxwood hedge. You won’t be able to use the common boxwood (Buxus sempervirens), the classic boxwood hedge used in all the great gardens of Europe, however, because it won’t be hardy enough in your area (it’s adapted to hardiness zones 6 or 7 to 9, depending on the cultivar). Instead, try the much hardier hybrid boxwoods like B. × ‘Green Mountain’ and B. × ‘Green Velvet’, both adapted to hardiness zones 4b to 9. They’ll reach about 5 feet (1.5 m) at full maturity. The growth of boxwood is, however, very slow and you’ll need a little patience if you want to use them as a hedge.

Finally, some evergreen hollies are just barely hardy enough for your climate and will grow in the shade … or at least in partial shade. This is especially the case of the various blue hollies (Ilex × meservae), like ‘Blue Princess’ (female) and ‘Blue Prince’ (male). They’re adapted to zones 5b to 9. Avoid locations exposed to harsh winter winds, though: in your area, blue hollies tend to struggle under such conditions.

1 comment on “An Evergreen Hedge for Shade and Cold?”