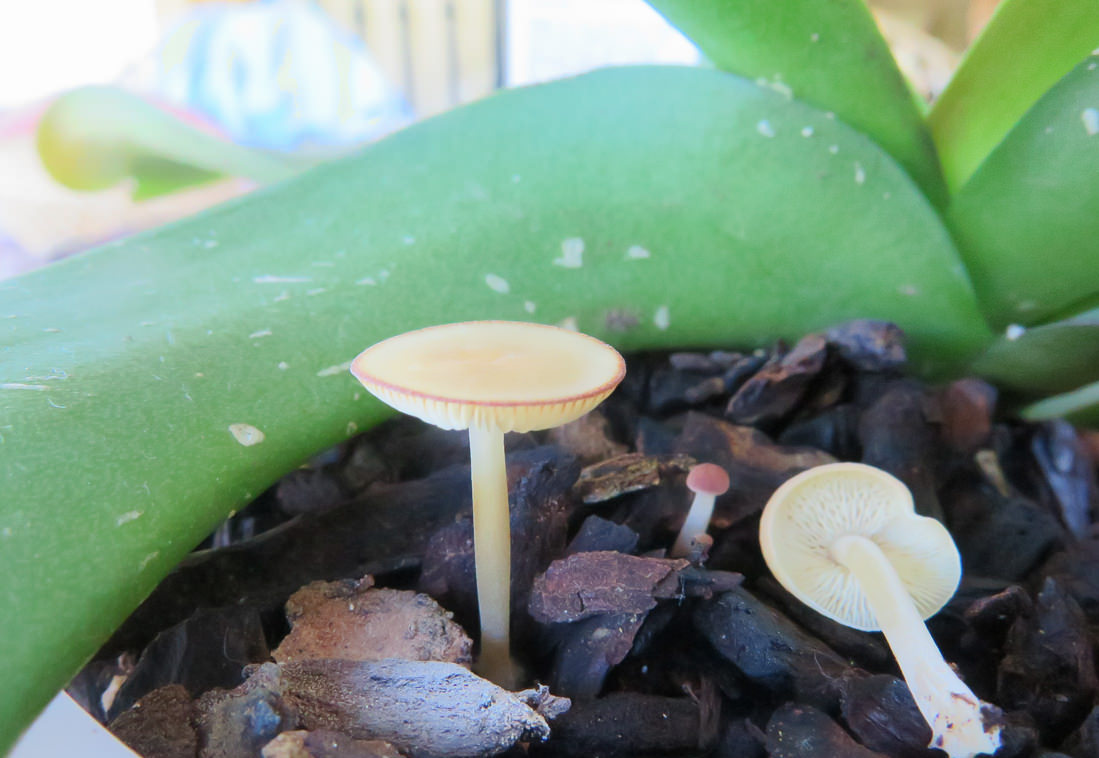 Mushrooms growing in the potting mix at the base of an orchid. Photo: http://www.asociacionmicologicamairei.com

Question: Small white mushrooms are growing next to my orchid. It finished flowering 2 weeks ago and seemed healthy until today. What should I do? Repot it? Or is the presence of these fungi a sign that the plant is doomed?

Answer: The fungi you see live on decaying wood and other organic particles, not on plants, and are therefore harmless. So, no, your orchid is not in any way doomed nor is it even bothered by them.

You can cut the “mushrooms” off if they bother you, but that won’t really kill them. They’re only the fruiting body of the fungus, the real fungus being largely composed of mycelium (filaments) largely out of sight in the potting mix.

The presence of fungi in an orchid pot is, however, a sign that the potting mix is starting to seriously decay and that, if it progresses too far, can negatively affect the future growth of the plant.

It would therefore be wise for you to repot your orchid eventually, perhaps in the spring, replacing the old mix with fresh mix. For that purpose, don’t use ordinary houseplant potting mix, but rather one especially designed for orchids and probably composed of bark, coconut fiber, sphagnum moss, perlite, clay pebbles, charcoal or similar products.

You can find an orchid mix in any garden center as well as online.

Here’s an article to help you repot your plant: How to Repot an Orchid.