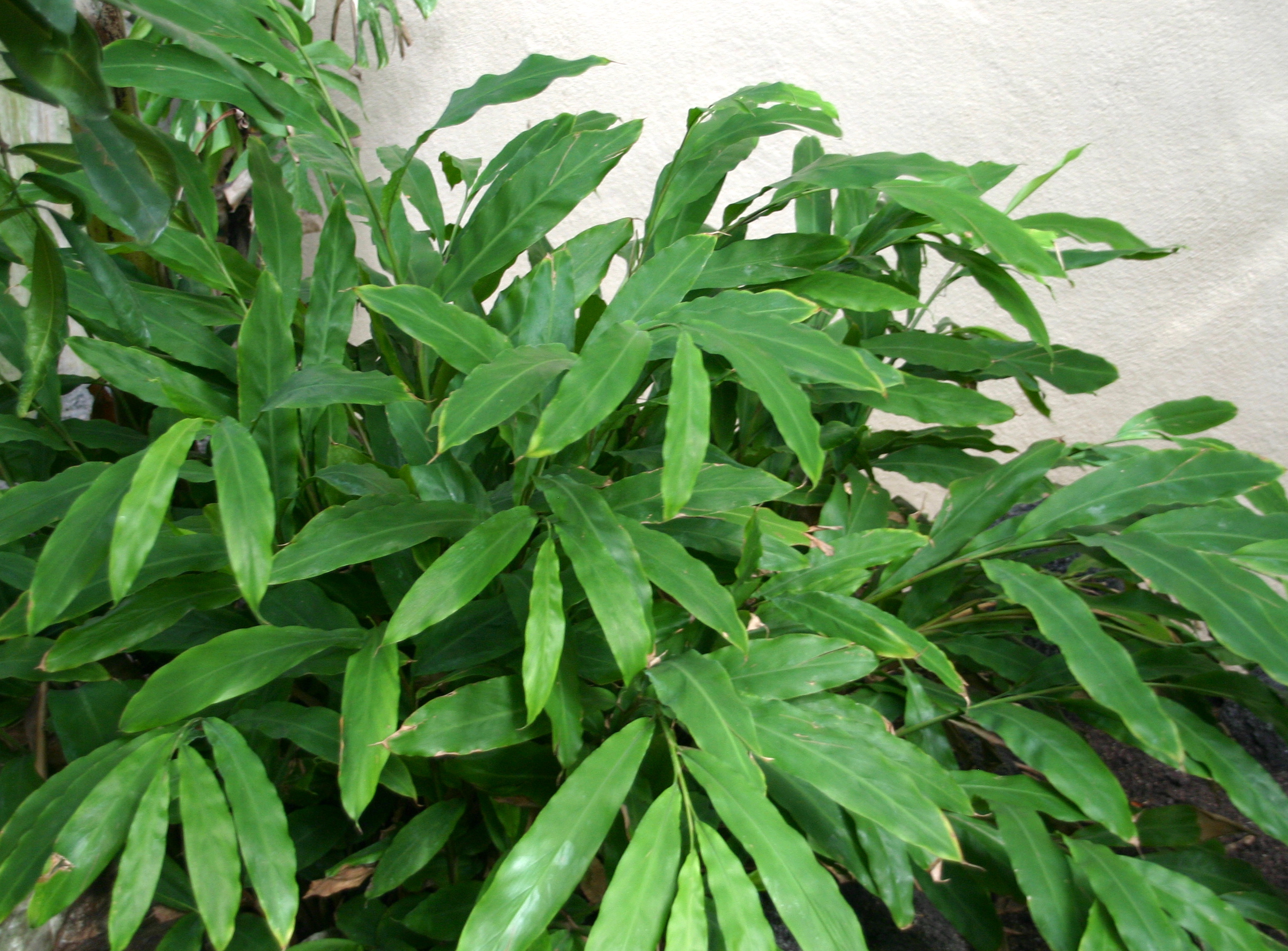 I’ve been growing cardamom (Elettaria cardamomum) as a houseplant for so long (probably about 30 years), I can’t even remember where I got my original plant. It was undoubtedly a division someone gave me. And it’s turned out to be one of the most stalwart houseplants I grow, nearly unkillable.

That said, I’ve never been able to get it to bloom and produce the cardamom seeds used in Thai and Indian cooking. You probably know it as an ingredient of curry and Middle Eastern spice mixes. Or from Scandinavian pastries.

And I’m not alone in not getting mine to bloom: check it out on the Internet. Everyone succeeds with the plant and gets foliage galore, but no one ever seems to get their plant to bloom. Not indoors in a temperate climate, at least.

Cardamom, also called true cardamom or green cardamom (E. cardamomum), is a tropical plant in the ginger family (Zingiberaceae). As mentioned, it’s usually considered the “true cardamom,” although other related plants (notably black cardamom [Amonum subulatum] are also used as spices, while false cardamom (Alpinia nutans) imitates the scent, but its seeds are not used as a spice.

It produces upright arching green stems with alternate leaves in two ranks. They’re quite lance-shaped and quite narrow, with a distinct drip tip. They’re also highly and deliciously aromatic. Just running your fingers through them brings an effusion of tropical sensations: definitely something to do on a winter day when you just can’t stand the cold anymore!

And in the tropics, under hot, humid conditions (USDA hardiness zones 10 to 12), it also blooms and produces green seed capsules on a separate, ground-hugging stalk: they contain the spice used in cooking. Indoors … forget it. Flowers never appear: it will forever remain a foliage plant.

Underground, a mass of rhizomes forms, producing further stalks. No matter what size pot you put it in, it will fill it. Right to the edge.

Can You Use the Rhizomes?

Fair question. And the answer is: not that I know of. But you can use the leaves.

They impart a fresh, sweet taste somewhat like cinnamon and to drinks, sauces, fish, seafood and meat dishes.

For example, crush the leaves and put them in a bottle, then pour in gin or vodka and let them infuse for a few days. Then use the gin or vodka to make cocktails with a delicious cardamom scent and flavor.  You can also make cardamom tea by soaking a leaf in boiling water. Or stuff some leaves inside a chicken to give a touch of the exotic to a everyday meal. In Trinidad, the leaves are used to make curries.

This plant seems to thrive no matter where I put it: in sun or in shade. Since sun is at a premium at my place, the poor plant always ends up stuffed under the shelves of my other plants for the winter, simply because it can take it and few other plants can.

In the summer, but only after things warm up (it does not like the cold: temperatures below 10˚C/50˚C are verboten!), it goes outdoors, again in a shady spot … but don’t feel sorry for it there: shade outdoors is much brighter than shade indoors and it will put on much of its yearly growth while outside!

Summer rains remove any dust from the leaves. If you keep yours indoors all year, you could accomplish the same thing by giving it a shower of warm water once in a while.

Water it regularly and deeply, as soon as the potting mix is dry to the touch. Its leaves start to roll up when the soil is too dry: consider that a warning sign and give it a thorough soaking. And don’t let that happen too often: it’s clearly happier when kept more on the moist side. There is no dormant period.

You can fertilize it lightly using the fertilizer of your choice, logically during the summer, but you’ll soon realize it doesn’t react much to fertilizer.

You can also repot your cardamom during its spring to summer growing season. I usually take advantage of repotting, which I do every 3 or 4 years, to divide it and so give it more space, offering the divisions to friends and neighbors. That’s also a good time to do a bit of a cleaning, removing the older stems and leaves that have turned brown (no leaf lives forever!). They’re not too noticeable from above (they shrink back as they dry, so are largely hidden by the living leaves), although you will notice them if you look at the plant from the side.

So far, mine has never had any kind of disease or insect problem. Of course, its scent, so delicious to human nostrils, was originally designed as a repellent, to chase away hungry insects and herbivores. And none of my pets has ever munched on it, not even my various cats. And no, it is not poisonous.

Cardamom’s only flaw is that it does love high humidity, so my plant room (the most humid room in the house) is where it overwinters.

If the air in your home is dry, a common occurrence at that season, the leaf edges can dry out. You’ll see recommendations on the Internet to spray it to increase the humidity, but that is, of course, a waste of time. (See Horticultural Myth: Misting Your Houseplants to understand why.) You might want to put it on a pebble tray during the heating season, or run a humidifier. Or stuff it into a clear plastic bag for the winter if things are really desperate.

Again, the humidity given off by the other plants in my plant room ensure that the leaves don’t suffer. It would also love a bathroom, where you can use it as a living room freshener by running your fingers through the leaves.

Cardamom is basically an easy-to-grow foliage plant with the advantage of sensuously tropical-scented foliage. You can probably find plants or seeds (a bit difficult to germinate) at a herb specialist near you!

5 comments on “The Herbal Houseplant Nobody Knows”