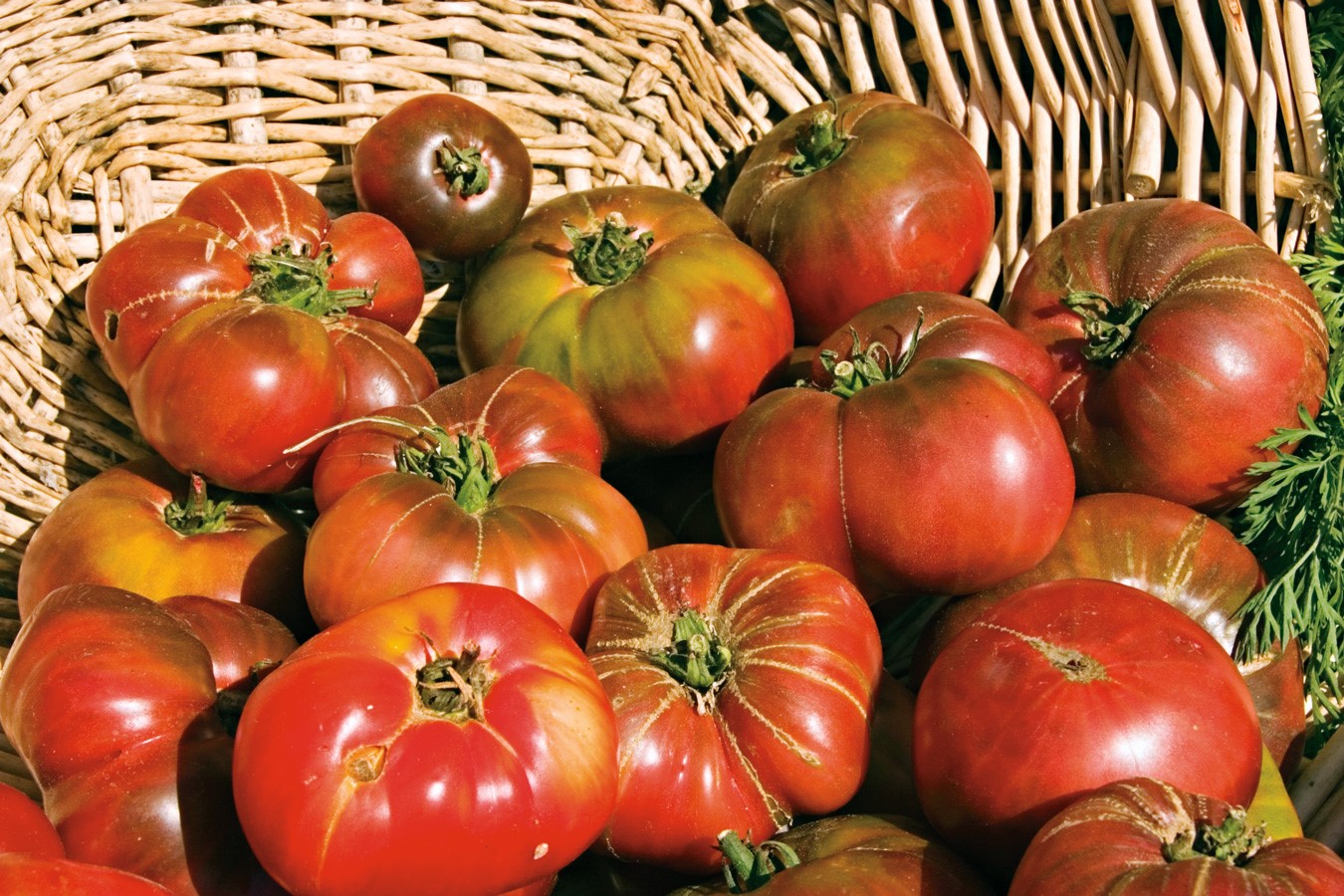 Heritage tomatoes can have their flaws. Photo: nuvomagazine.com

Question: I always plant several varieties of heritage tomatoes all in a row in a small space. However, the fruits are not perfect and that intrigues me. Do pollinators mix the genetics of my 12 varieties and give me fruit other than what I expected?

Answer: No. In fact, tomatoes almost always self-pollinate: because of the structure of the flower, insects are rarely able to transfer pollen between two varieties, even on neighboring plants. Here’s an article on the subject: Keeping Tomatoes True. So, normally there is no genetic mixing going on.

Also, even if there were a genetic mix, it wouldn’t change the appearance and taste of fruits in the current season. It’s only the seeds of the second generation—therefore, those that you harvested yourself from heritage tomatoes growing side by side—which would contain a mixture of genes.

So, if you buy your heritage seeds a reputable seed supplier, there will be no problem with unwanted hybridization (mixing of genes). Only gardeners who harvest and then sow their own seeds from year to year need to worry about genetic mixtures. And in tomatoes, they’re exceedingly rare.

If fruits aren’t perfect, that isn’t necessarily due to genetic mixtures (unless your seed supplier isn’t very reliable), but is much more likely to be due to less-than-perfect or uneven growing conditions, diseases, insects, physical injuries to the fruit or other similar causes. In addition, as any good gardener knows, even ugly tomatoes are quite edible and even delicious: just cut off the booboo and enjoy!