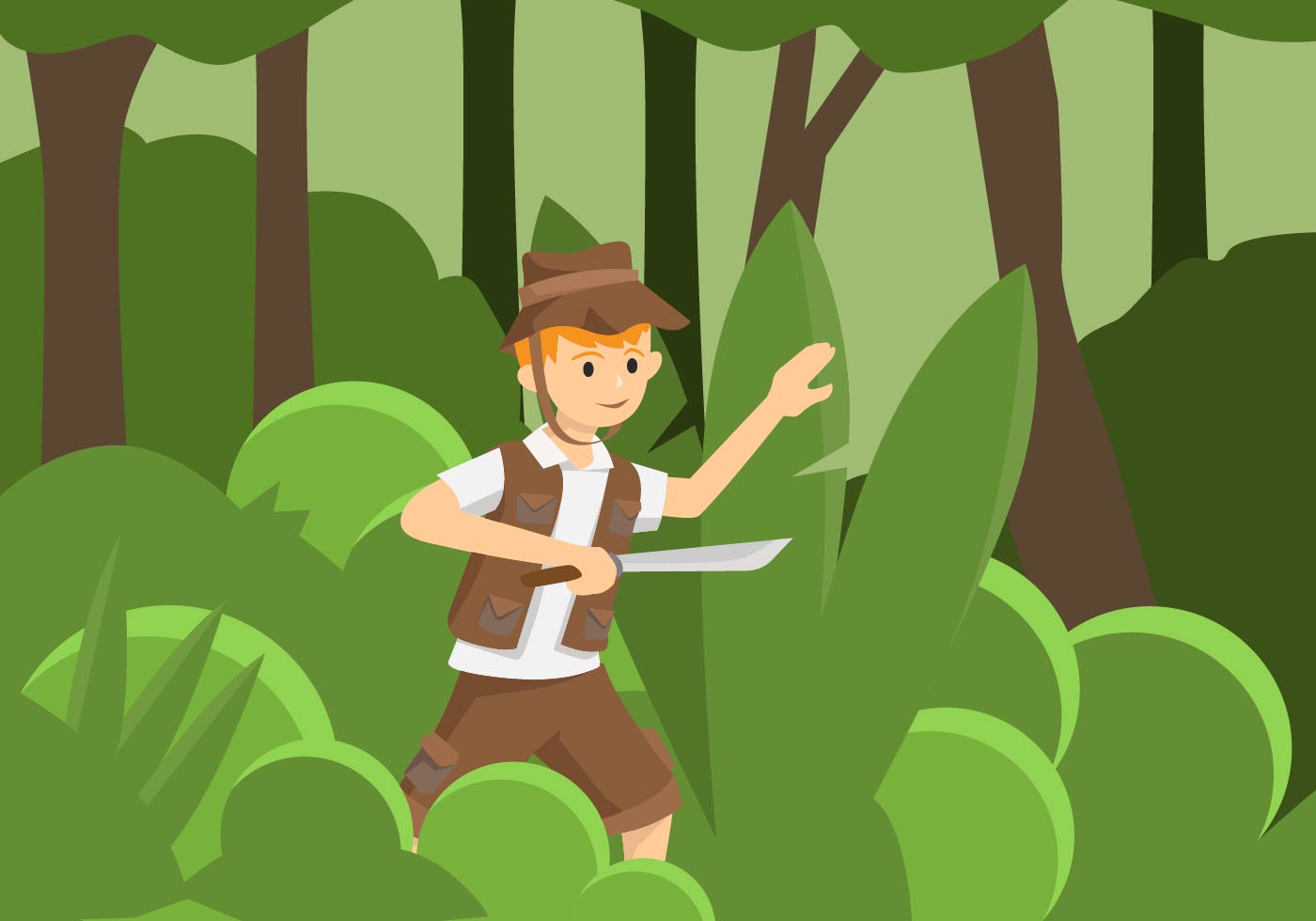 Researchers from the venerable Royal Botanic Gardens, Kew, aka Kew Gardens, have been busy combing forests, jungles, scrublands and deserts all over the world for new plants. In 2019, they published, with their partners, the discovery of 102 vascular plants from all over the planet.

Nearly half of these species were from Africa and most are threatened with extinction. Naming them is vital for their survival.

Here are 6 of the top species of 2019, some of which may help to provide us with new foods, materials or medicines.

This one might make a charming houseplant, don’t you think? It’s a spectacular new species from the Gesneriaceae (African violet family), Cyrtandra vittata, and was discovered in northern New Guinea. It’s a rainforest shrub with bright pink candy-striped flowers followed by white berries which are thought to be dispersed by doves and pigeons.

Collected from the wild under permit by scientists at the Royal Botanic Garden, Edinburgh, the discoverers knew nothing about the flowers, as it wasn’t in bloom when they harvested samples. However, when cuttings rooted and bloomed in their greenhouse, they know they had something special. Indeed, it was discovered to be a brand-new species.

Cyrtandra vittata is one of about 800 species of Cyrtandra which range from herbs to small trees and occur from Thailand to the Hawaiian Archipelago. Most species occur in the Philippines, Borneo or New Guinea.

Synsepalum chimanimani, a new species of miracle fruit, was discovered in the lowland rainforests of the Chimanimani Mountains on the Mozambique – Zimbabwe border in Africa. The fruits of this miracle fruit are only slightly sweet to taste, but contain a compound called miraculin that blocks taste buds, so that when sour foods such as lemons are eaten later, they taste sweet.

It’s a small tree, just four meters in height, with glossy evergreen leaves produced in small bunches. The twigs produce a white rubbery latex when cut. Fewer than 40 species of Synsepalum are known, all from tropical African forests.

The new species has been assessed as endangered, as it’s only known to exist in three locations, all of which are under threat from deforestation for agriculture.

A new snowdrop, Galanthus bursanus, from North West Turkey near the town of Bursa, was discovered on Facebook when Turkish pediatrician, Dr. Y. Konca, uploaded her holiday photos there.

Ukrainian researcher, Dr. Dimitri Zubov, realized that the snowdrop was something special: an unknown species. They both went back to find the location in the photo, collected a sample of the plant and contacted Kew’s snowdrop specialist Aaron Davis.

Unlike most other snowdrop species, Galanthus bursanus flowers not in the spring, but in the autumn and without its leaves. Not to worry, though: the plant does have leaves, but they sprout in the spring, then go dormant in summer. The fall flowers are highly fragrant.

Unfortunately, this snowdrop has already been assessed as critically endangered due to threats from illegal collecting, marble quarrying, climate change and expansion of agricultural land.

Kew scientist Xander van der Burgt found the vivid orange flower growing on a table-stone mountain in Kounounkan, Guinea. It is restricted to two mountains in the area: ones that are among the last to remain unimpacted by humans. It likes to grow in fire-free habitats and occurs in open vegetation with little grass.

And he named it for his wife, Maria. So, welcome Gladiolus mariae!

With just seven trees known on Earth, zonozono (Mischogyne iddii), a 20m tall tree in the soursop family (Annonaceae) found in Tanzania, is perhaps the rarest species described this year.

It was named by its discoverers, George Gosline and Andy Marshall, in honor of the Tanzanian botanist Iddi Rajabu and has been identified in a genus previously only known from Central Africa.

It is assessed as endangered due to the low number of individuals and threats from pole cutting and from an invasive tree species.

Growing on the rim of a semi-active volcano may not be the safest place in the world to grow, but that’s the native habitat of Costularia cadetii, a grasslike perennial herb. It grows on the lip of volcanoes on Réunion Island in the Indian Ocean. Although the first record of this species was collected in 1965, further material was needed and it was only officially named this year.

Isabel Larridon named the herb after its collector, Thérésian Cadet, a former teacher and climbing enthusiast of the island. The species is already classified as endangered, as it is restricted to this high elevation habitat which puts it at risk from volcanic activity, fire and climate change.

Information adapted from an article by Dr. Martin Cheek that appeared on the Kew Gardens website.

4 comments on “New Species Discovered by Kew Gardens in 2019”