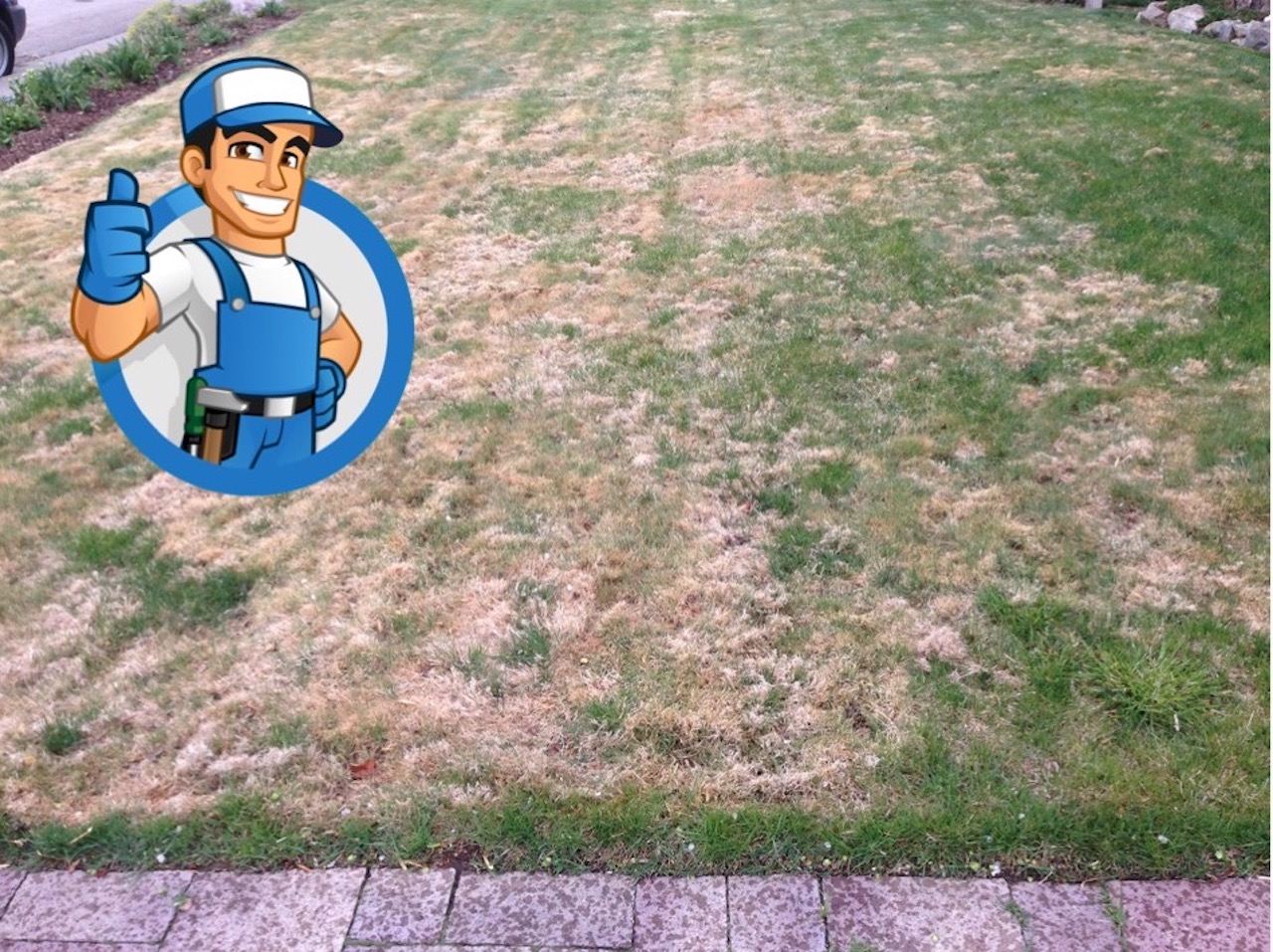 Spring is slow in coming where I live: as I write this, there is still plenty of snow on the ground, but at least it’s melting … most days! And little by little the lawns in my neighborhood are emerging from the snow. Yes, they still look sad and gray, but they’ll soon green up … that is if they’re still alive.

However, even if there is barely any lawn to see, some of my neighbors are already hard at work on their lawns, obviously trying to kill them. I mean, if killing the lawn—or at least making it look terrible!—weren’t their goal, why would they be doing the things they do?

In order to help them better complete their attempt at lawnicide, here are some practical tips: things you can do to really harm the health of your lawn:

1. Remove without delay any snow that accumulated over the winter. Preferably with large shovels that dig out chunks of the soil here and there. And if the lawn is imprisoned in a layer of icy snow and removing the ice tears out chunks of sod at the same time, so much the better: the lawn will decline even faster. After all, you need to get the snow off as quickly as possible. Lingering snow is good for lawns, protecting the grass plants from the sudden temperature spikes so common in early spring and ensuring the moisture soaks deep into the soil, reducing summer watering needs. Remember too that it’s always where the grass is cleared off early in the spring that it’s the brownest in the summer. Pay no attention to those people who let the snow melt away naturally: if you follow their lead, your lawn might turn out far too green and healthy!

2. Walk on the lawn while it’s still soggy with melt water. Better yet, invite the whole family to do so. Walking on a mushy lawn compresses the soil underneath and prevents the roots from growing well. Moreover, the damage is so major that often the lawn never recovers from such a trampling, even 10 to 15 years later.

3. Vigorously rake your lawn as early in the season as possible. Don’t wait until the soil has dried out a bit and the grass starts to turn green, because that can help it grow! Instead, do it while the lawn is still fully dormant: that way you’ll be able to pull out not only any excess thatch but live plants as well, as you won’t be able to see the difference. And use a lot of force when you rake, scraping right down to bare soil, because only that will manage to completely uproot the grass plants. Gentle raking, which only removes any accumulated refuse and extra thick thatch, does the lawn too much good. And above all, don’t read Confessions of a Laidback Gardener: I Don’t Rake My Lawn in the Spring: it contains far too much advice on when to rake a lawn.

4. Don’t leach the lawn next to streets and sidewalks treated with road salt. Sections of lawn contaminated with de-icing salts will, if left alone, turn brown and die in the summer. Perfect! Leaching them by rinsing them with clear water early in the season will dissolve the contaminants and allow them to drain away, out of the reach of the roots, resulting in a lawn that is far too green.

5. Flatten your lawn with a water-filled roller. There is nothing better for compressing the soil under a lawn and thus condensing soil particles to keep air out, causing severe damage to grass roots, than running over it with a heavy roller filled with water! You should certainly never level an uneven lawn by top dressing, that is to say by covering any sunken patches with a new layer of quality soil, then oversowing with grass seed, because that makes the lawn both level and healthy!

6. Apply a selective weedkiller (lawn herbicide) over the entire lawn. Of course, in many areas, that’s not as easy to do as it once was, as many state, provincial and regional governments have banned such products because of their harmful effect on the environment and their toxicity to people and pets, but you can probably still find a local lawn maintenance company willing to apply them, either by taking advantage of loopholes in the regulations or by simply breaking the law. Of course, selective weedkillers may initially disappoint people trying to kill their lawns because at first they only seem to kill broadleaf weeds, but don’t worry, they attack lawn grasses too! Yes, manufacturers don’t want you to know this, but it’s not just broadleaf weeds that absorb such herbicides. Grasses also absorb their share and this interferes with their growth, causing them to weaken and start to turn yellow. In addition, 6 months after applying a weedkiller, the weeds will be back even in greater numbers, because the herbicide has weakened the lawn so much that it doesn’t fill in as it should, leaving bare spots where weed seeds can germinate! And by applying herbicides repeatedly, you’ll have fewer and fewer healthy grass plants and more and more weeds, just what you want!

7. Fertilize several times a summer, especially with a chemical fertilizer rich in nitrogen (with a high first number, as in 30-15-15). At first, again, this technique won’t seem very encouraging, because lawn fertilizer may indeed lead to greener lawn grasses. But don’t worry: that’s only true for the first few summers! After 4 or 5 years of fertilizer it can’t entirely use, your lawn will begin an inevitable downward spiral, as the soil will be more and more mineralized, losing most of its humus. To accelerate its decline, never follow the recommended dose: double or even triple the quantity recommended! That way, you can destroy your lawn in just one application. And avoid organic fertilizers: they not only contribute minerals, but also improve the quality of the soil and thus allow grasses to grow better.

8. Always pick up grass clippings when you finish mowing. They’re far too rich in nutrients and, in addition, add organic matter to the soil, which helps maintain or improve soil quality. And while you’re at it, bag the clippings and put them out with the trash so that they can take up valuable space in municipal refuse site. Composting them would be far too ecological.

9. Always mow the lawn really short, then let it grow very tall before mowing it again. By scalping lawn grasses, you expose their roots to the harmful effects of the sun. And by letting the grass grow very high before mowing it low again, you’ll be draining the lawn grasses’ reserves of minerals and energy. Certainly, don’t listen to people who suggest mowing the lawn more often, but less at a time. For example, no lower than 7.5 cm (3 inches) when it reaches 10 cm (4 inches) in height: their lawns are far too attractive and they are therefore not good role models.

10. Water often, but only little at a time. This is essential for severely stressing the lawn. It will then mainly form roots near the surface of the soil rather than deep down and surface roots quickly dry out and die during hot dry weather. The more turf roots are damaged, the weaker the lawn! Avoid, on the other hand, watering infrequently—say, once a week—but for an hour or so. That will moisten the soil at all levels, not just on the surface, encouraging grass roots to grow deep into the ground where they can find plenty of moisture even during the hottest weather.

And there you go! Ten lawn-damaging tricks commonly practiced by many lawn owners and that will ensure that your lawn is the yellowest on the block!