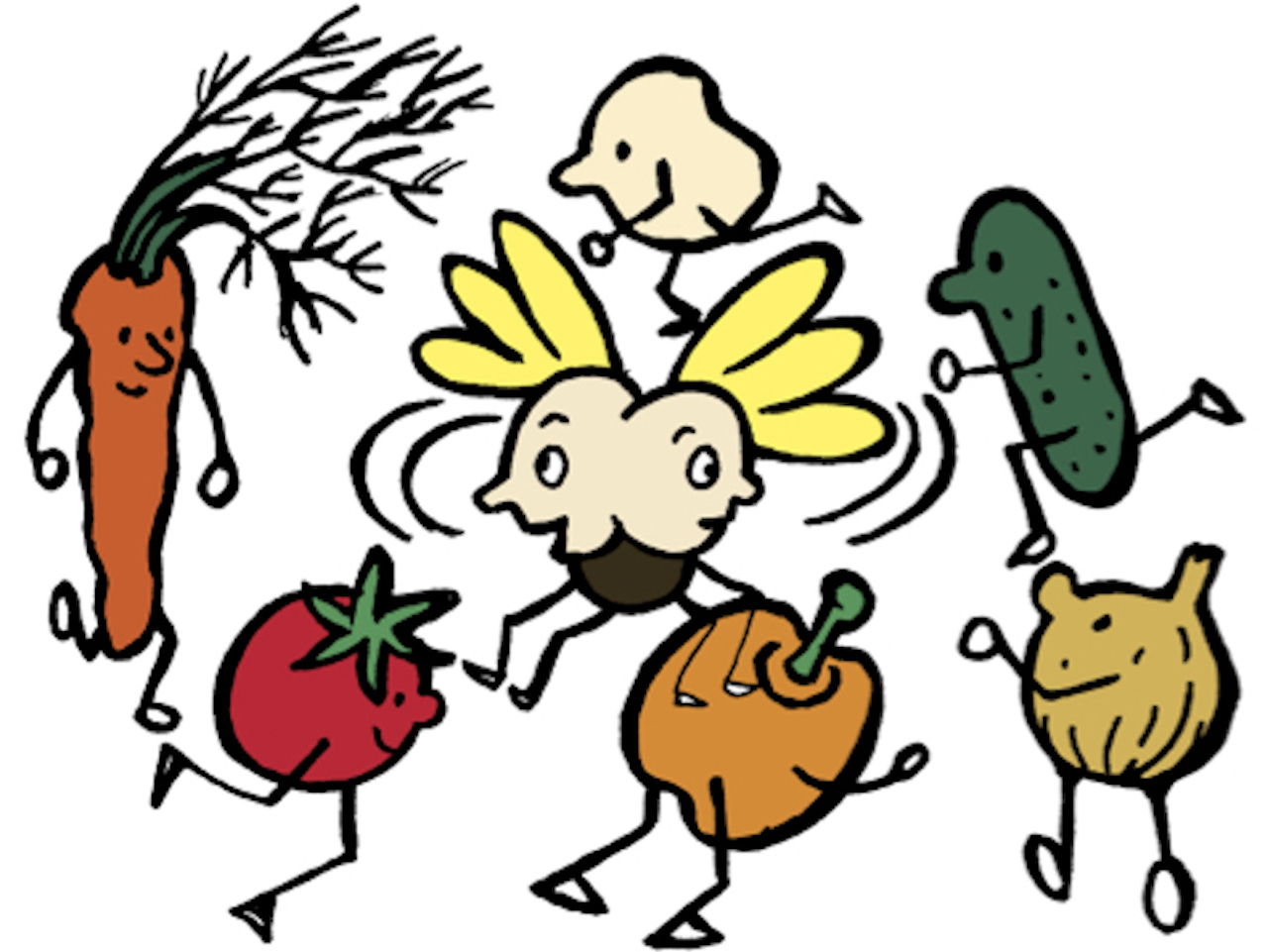 When planning your garden, remember that harmful insects can have a great deal of difficulty locating their favorite plant when you move them around every year. It’s as if you changed apartments annually without leaving a forwarding address in order to shake off your creditors (and no, I’m not speaking from personal experience here!) Most insect pests, for example, lay their eggs in the soil at the base of the plant that fed them the previous summer or else overwinter there in a dormant phase or as pupae. Imagine their confusion when they wake up in the spring, ready to chomp down, but find nothing to eat nearby?

Moving your veggies annually is called rotation or crop rotation and it’s one of the basic tenants of organic gardening.

Rotation works best in large vegetable gardens where you really can keep a good distance between planting spots (2 meters/7 feet or more) from one year to the next. It’s less effective in small gardens, say the typical square foot garden of 1.2 m x 1.2 m/4 feet x 4 feet, but can still be worth trying.

Diseases reproduce mostly by spores and they too usually overwinter in the foliage of the affected plant or in the ground at its feet. But while insects can at least start looking for a new host plant and sometimes succeed in locating one (although rotation means not all will be successful), spores, which have no eyes to seek with or nostrils to smell a plant with nor even an effective means of locomotion, are truly lost. They can usually only rely on the wind to carry them to their host and the wind is unreliable … or on gardeners inadvertently introducing spores from another part of the garden with contaminated garden tools. Proper crop rotation (and good tool sanitation) can also therefore be effective in preventing diseases on vegetables as well!

Rotation is a Family Affair

When considering crop rotation, you need to take one other detail into account: family ties.

Plant pests are often specific not to a single plant, but to a whole family of plants. That’s why tobacco mosaic virus can attack any plant in the Solanaceae family (tomatoes, peppers, eggplant and even petunias and nicotianas … and the latter are not even vegetables!) And the cabbage butterfly will attack, quite indiscriminately, any member of the cabbage family (cabbage, cauliflower, Brussels sprouts, broccoli, mustard, etc.). So, when doing your crop rotation, also try to avoid putting plants of the same family in a spot where one of its members grew the previous year.

The following list of common vegetables according to their family could be very helpful in planning your crop rotation.

Insects are the easiest to control by crop rotation. If they don’t find a host plant rapidly very next year, they die. You could use a two-year rotation if only insects were involved.

Diseases, however, are more persistent: most spores can survive for more than a year in the ground, waiting until their favorite plant—or a family member—returns. That’s why a four-year rotation is generally recommended: most diseases will be gone, or at least severely weakened, after 3 fallow years.

So, there you have it: crop rotation is simple. Just avoid planting the same vegetable, or other plant of the same family, in the same place for at least 4 years. That way you can help thwart both bugs and diseases.

Article adapted from one published on March 19, 2015