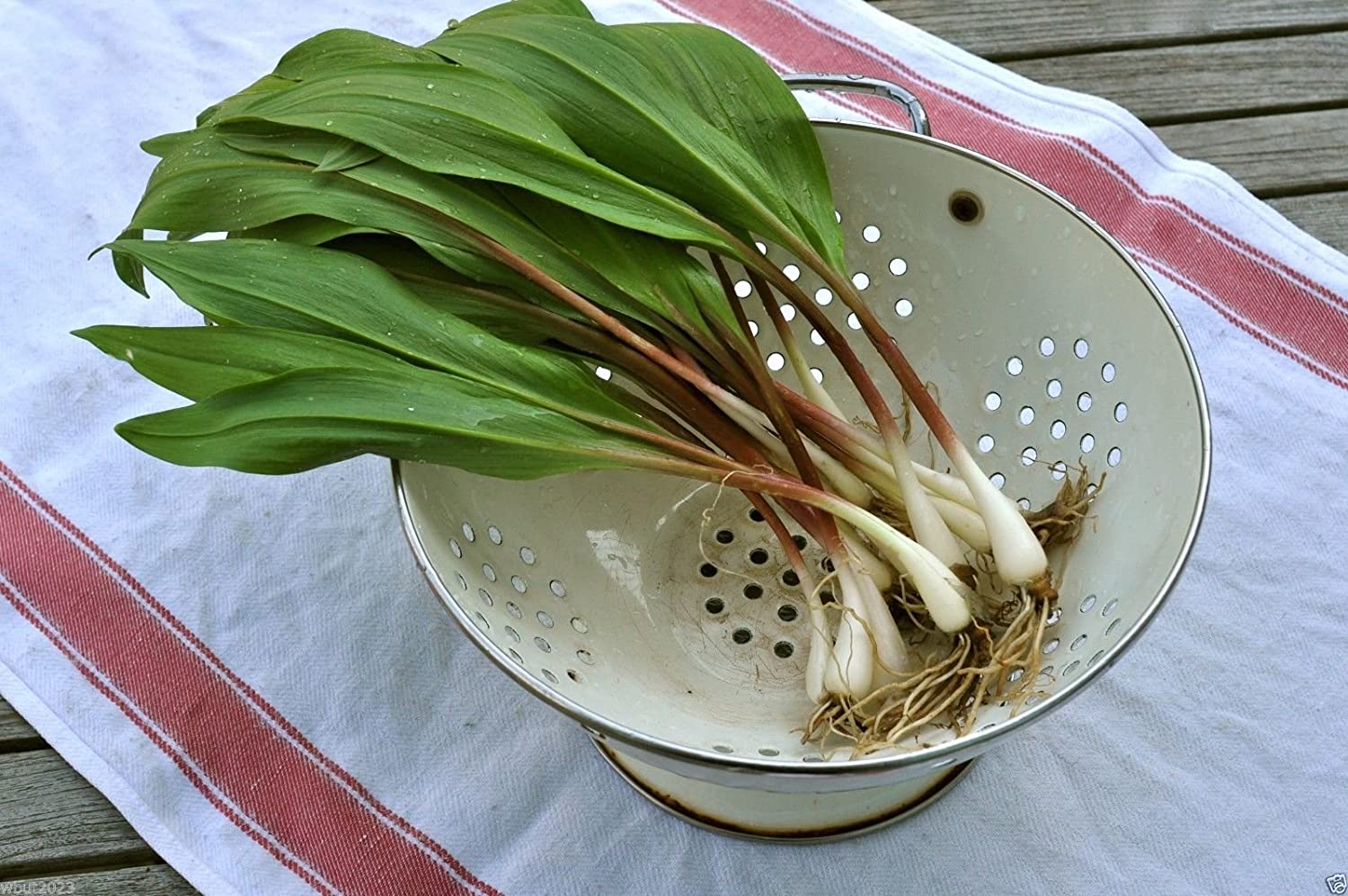 Question: I would like to know if it’s possible to find seeds or bulbs of ramps. I’d like to grow them for my personal consumption in a greenhouse or in my garden. And what care do they need?

Answer: Ramps (Allium tricoccum), also known as wild garlic, wild leeks, spring onions or ramsons, are protected plants in the province where you live (Quebec) and therefore neither their seeds nor their bulbs can be sold there. However, it is not illegal to buy seeds or plants from other areas, so you could order them by mail.

Among the seed companies that offer seeds or bare root plants of ramps are Everwilde Farms, Prairie Moon Nursery, Wild Ridge Plants and Seedman.com. I know of no trustworthy sources in Canada (I’ll update this article if someone can suggest one). Since you live in Canada, you can legally order seeds from the US, but not plants, at least, not without the proper permits.

Beware of ordering seeds from websites like Amazon, eBay and Etsy. I have seen complaints that the seeds shipped are not those of ramps (Allium tricoccum), but of other species of Allium, garlic bulblets (A. sativum) or even weed seeds.

Ramps are edible and highly valued throughout their native range (pretty much everywhere in North America east of the Mississippi River) for their delicious white bulbs and green leaves, both with a garlic-onion taste. They are so valued, in fact, that overharvesting has led to a serious decline in many regions.

Given the plants’ extremely slow recovery rate and continued overharvesting, both on an individual and commercial scale, many populations are in serious decline or have become locally extinct. Harvesting as little as 5–7% of the plants annually in a colony can threaten its existence over the long run. That’s why many environmentally conscious foragers no longer harvest the bulbs, but only take a leaf here and there, which is much less damaging.

Ramps are theoretically protected in many areas, but the laws are rarely applied. Harvesting is even tolerated in many national parks, authorities claiming they don’t have the staff to stop it.

Sowing ramps and replanting within their original range is therefore a great idea that could help maintain this plant for future generations.

Now, if only it were easier to do!

Ramps are what are called spring ephemerals. In their natural environment, the deciduous forest, their foliage sprouts early in the spring, just after snow melt, to take advantage of the bright sunlight that is available while the trees above are leafless. Then, as the trees fill in, the ramps’ leaves fade away and disappear after only 4 to 6 weeks. That means the plants only have a short period eacb year to carry out photosynthesis and store enough energy in their small white bulb to carry the plant through the next 10 months.

In good years, though, upright stems bearing globes of white flowers emerge from mature bulbs in summer. Often, only a few plants bloom in each colony in any given year. The flower stalks seem to appear out of bare ground, since the foliage is by then long gone.

Three-lobed seed capsules (tricoccum means three-seeded) form after insect pollination. In fall, they open and round, black, shiny seeds can be seen. They fall to the ground in late fall and roll to a new spot. Thus, a new generation of ramps is initiated. That said, ramps actually reproduce even more readily from plantlets produced from underground rhizomes, which explains why they generally form colonies.

The Other Wild Garlic
Don’t confuse ramps (A. tricoccum), of North American origin, with their Eurasian cousin, ramson (A. ursinum), sometimes also called wild garlic. Ramson differs from ramps in many ways but most noticeably in its blooming habit, since its umbels of starry white flowers appear at the same time as its leaves, while ramps are leafless at flowering time.

You need to be aware that growing ramps from seed is quite an undertaking. The plants are very slow to reach maturity, taking 7–10 years before they flower for the first time and so much can go wrong in the meantime. However, that doesn’t mean it’s impossible.

Here’s what to do:

Sow the seeds in the autumn in a deciduous forest, in the shade or partial shade. Remove the leaf litter (layer of dead leaves, also called duff) to clear a section of soil and scrape the soil to slightly loosen it. Scatter the seeds there and press lightly. Do not cover them with soil, but instead replace the litter. Now water. Mark the location well.

Germination will likely start the following spring, but in the first year the only sign of life will be the emergence of a root, so any progress usually goes unnoticed. (Sometimes there’ll be no growth at all the first spring and it will take a second year for the root to appear.) If all goes well, the first thin, grasslike leaf will appear the second spring. Be careful not to disturb the very fragile small plants. Growth thereafter is slow, but from year to year the leaf gets longer and broader and is eventually joined by a second or even third leaf.

Over all those years, essentially no care is needed other than watering during periods of severe drought.

After 7 to 10 years, as the first plants of the new colony reach flowering size and have two to three leaves, you might be able to make a first small harvest.

So much for Mother Nature’s method of starting ramps seeds, but you can also sow them indoors or in a greenhouse, which is a bit faster, shaving a year off the time it takes to grow mature plants.

Now remove the seeds from the sand and sow them 2 or 3 per small pot, lightly pressing them into moist potting soil.

Then wait a few years until the plants reach their full size before carrying out a first light harvest.

Growing Ramps in a Greenhouse?

As for growing ramps permanently in a greenhouse (part of the original question), that wouldn’t be very practical. Imagine the cost of growing under glass a plant that takes 7 to 10 years to mature! Ramps really do need to be outdoors in order to thrive.

As you can imagine, the growing ramps is not for everyone, but if you have a wooded area and aren’t in a hurry, starting ramps from seed can be a very rewarding project.

2 comments on “Growing Ramps From Seed”