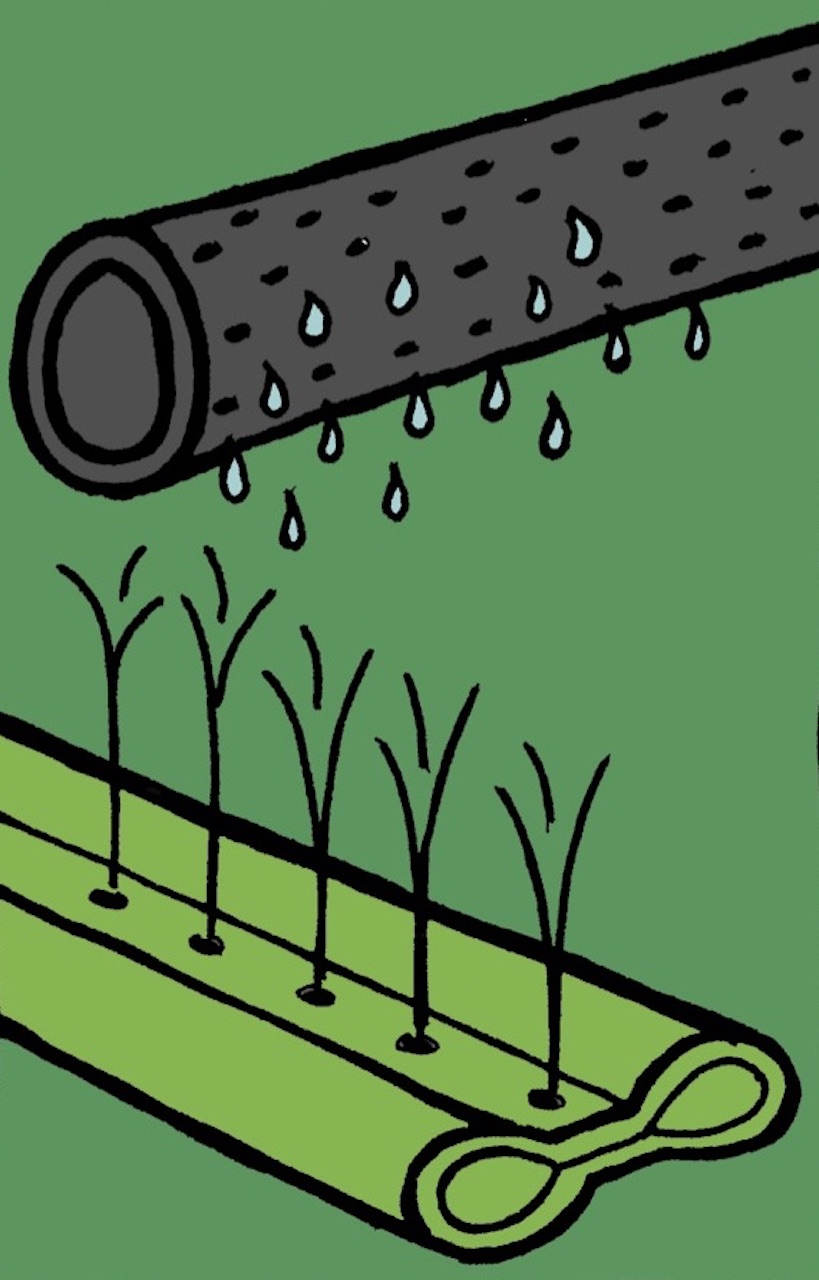 There is a certain confusion between a soaker hose, also called porous pipe, and a sprinkler hose, confusion which will undoubtedly persist for a long time, since some manufacturers use the term “soaker hose” for both products!

What I—and most other people, I think—call “soaker hose” is a hose with tiny perforations appearing on all sides and over its entire length. Usually it is black and not at all the same texture as a normal garden hose. Soaker hose is usually installed more or less permanently in flower beds and vegetable gardens, rarely in lawns.

A sprinkler hose is drilled with individual holes equally spaced, and only on one side. Usually it looks like a regular garden hose in color (it’s inevitably green) and texture, but it’s usually flattened. It’s used for periodic watering, especially of lawns, then it is rolled up and put away until the next use. You could actually turn regular garden hose into sprinkler hose by drilling holes into it.

When both are turned on, the difference is obvious. With soaker hose, the water seeps directly into the ground; there are no visible sprays of water. Besides, if it’s covered with mulch (and it often is), you don’t even see it watering.

With a sprinkler hose, though, jets of water spray into the air, moistening nearby plants and lawn. It’s also popular with children who can play in the spray on a hot day. (Kids would probably find soaker hose pretty boring!)

I often write about the use of the soaker hose, a product that I highly recommend, since it gets more water to the soil that most other watering methods and is so easy to use, while I find the perforated hose not nearly as useful, since it wastes a lot of water (when water gets sprayed into the air, a good part is lost simply lost to evaporation), so I thought it would be useful to make this precision.