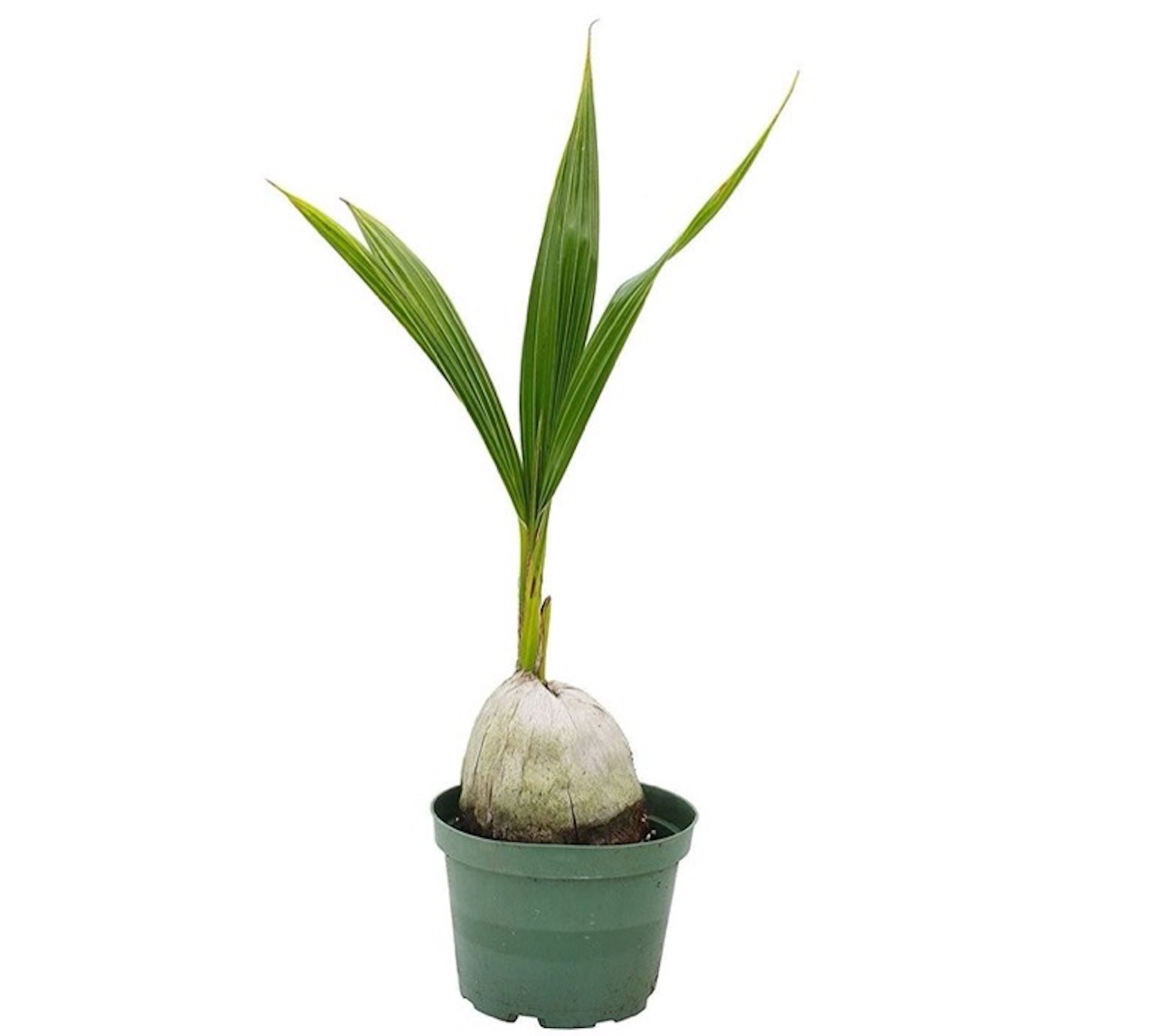 Underpotted sprouting coconuts sold as houseplants were all the rage 6 or 7 years ago. Photo: gardengoodsdirect.com

Back in 2014, I wrote a blog which I entitled Possibly the World’s Worst Houseplant, in which I suggested the coconut palm (Cocos nucifera) might just be the worst houseplant ever. It was, at the time, being sold as an easy-to-grow houseplant in the form of a sprouted coconut with a few grasslike juvenile leaves.

My experience is that such plants inevitably fail fairly quickly, unable to thrive under the poor light, insufficient heat, dry air and subsequent spider mite infestation (spider mites, Tetranychus urticae, come out in droves on palms grown in dry air) that occurs in the average home. Besides, who has the room for a plant with 13 foot (4 meter) fronds? Even botanical gardens fail with this species in their tropical greenhouses. What hope could such a plant possibly have in the average home?

Well, wouldn’t you know someone would prove me wrong? Damien Lekatis, of Montreal, recently sent me a picture of his 7-year-old coconut palm, repotted into a large pot, obviously doing very well, with fronds even starting to split and look palmlike.

Daniel attributes his success to watering with aquarium water, then adds. “I think that the constant movement caused by the ceiling fan (it’s on all the time) and the humid heat from the old-school radiators are helpful. Electric radiators would probably dry it out.” He lives in Montreal, Quebec, Canada where “our winters are crazy brutal and last about 5 months. Summers are humid and hot.”

I’d like to add the huge sunny window likely didn’t hurt, either, nor did removing it from the confinement of a small pot and replanting it into large tub!

Do note the palm has remained in its juvenile form. The original coconut is still visible at the base and the fronds, which start out simple on a sprouting coconut and should be fully pinnate at seven years, are just transitioning to that form. Plus, there is no visible stipe (trunk) while a coconut palm of age of 7 years growing on a sunny tropical beach would normally have a thick stipe some 6 feet (2 m) high and would likely be producing a few coconuts.

So, Damien, you have proved me wrong. But I still don’t think that coconut palms make good houseplants. Damien has been very lucky and proven himself very skillful!

The period when sprouted coconuts in pots were being sold cheaply everywhere seems to be over. If you want to try Daniel’s method without breaking the bank, you might have to obtain a still-husked coconut and sprout it yourself.

7 comments on “Success With the World’s Worst Houseplant”