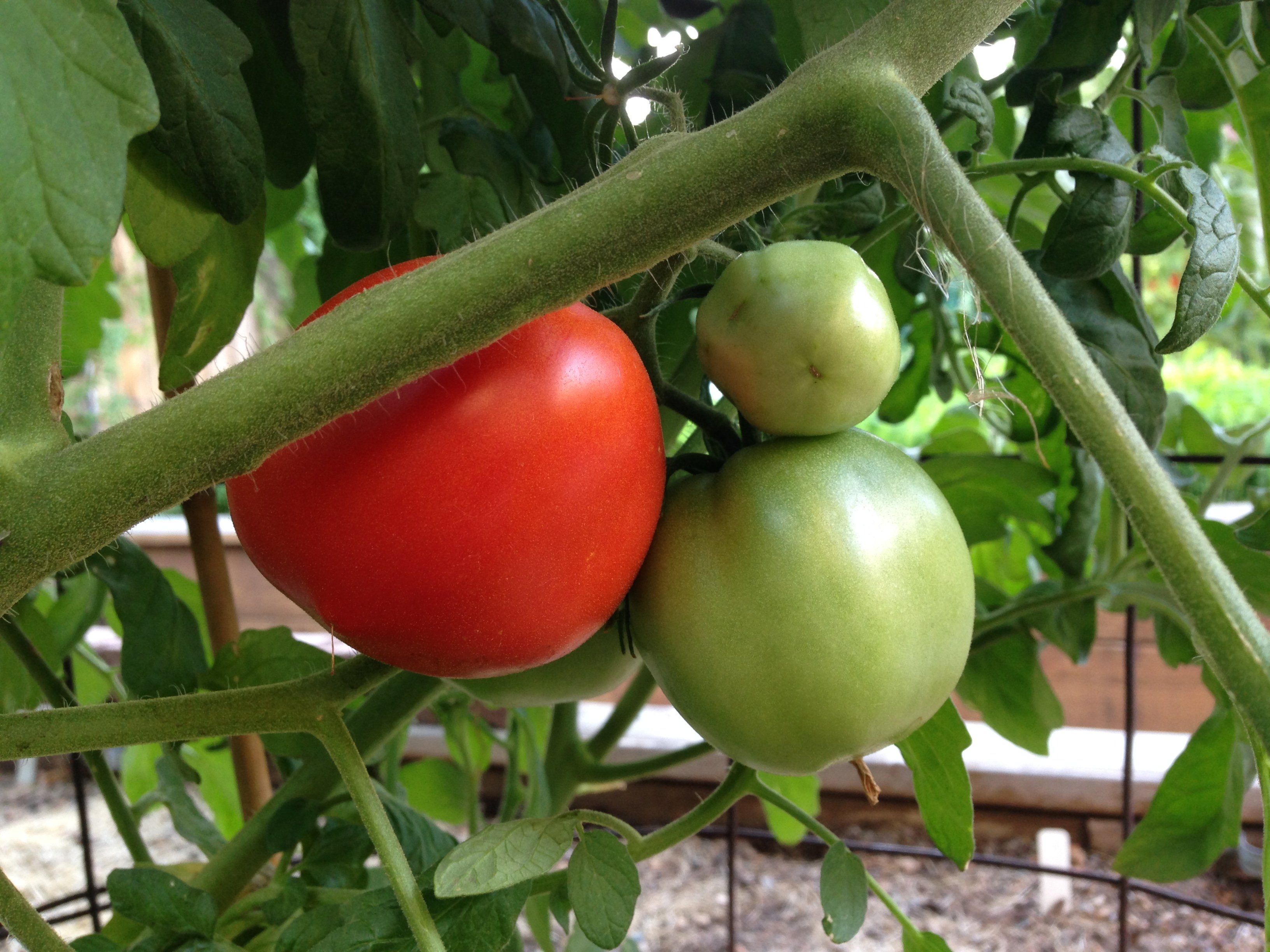 At the end of the summer, my father always stripped the upper leaves off his tomato plants so the fruits would mature more quickly. After all, he reasoned, exposing fruits to the sun makes them ripen, so getting rid of the leaves shading his tomatoes ought to ensure an earlier harvest and less risk of them being destroyed by frost.

And he wasn’t alone in this belief: it was common practice 60 years ago.

I thought this was one garden myth that had mostly died out, as I wasn’t seeing it much anymore, but, judging from the questions about the technique I’ve been receiving lately, it seems to be on its way back in. Maybe this article can help nip that in the bud.

Tomatoes ripen when they are ready to mature, period. You can’t do much about it. Some varieties mature faster than others: it’s built into their genes. More sun (on the leaves) also gives faster maturation; tomato plants in partial shade produce less and their fruits are slower to mature. The weather is another factor, of course. Tomatoes do ripen most quickly at warm but not hot temperatures, but what can you do about that? And yes, keeping them evenly watered helps too. Drought-stressed tomatoes are a bit slower to mature. Adding extra fertilizer is likewise a waste of time. Unless the plant is suffering from a mineral deficiency, it won’t speed up ripening per se.

So, besides providing the best possible conditions for your tomatoes, there’s not much you can do to speed up maturation.

Unless leaf pruning can help?

It’s easy enough to prove that exposure to sunlight doesn’t help tomatoes ripen. Just harvest two tomatoes that still green, but near maturity. Place one in a brown paper bag, perhaps putting it in the pantry to be sure it’s really in the dark, and leave the other exposed, setting it on a sunny windowsill. You’ll see that both mature at the same time and yet the one kept in the paper bag received absolutely no sunlight.

So, it’s pretty clear no sun actually has to touch the fruit for it to mature.

The worst part of this myth is that not only stripping tomato plants of their leaves doesn’t help the fruit mature, it can be downright harmful.

Fruits that were completely shaded by leaves, then suddenly exposed to full sun, may actually suffer sunscald (the plant equivalent of sunburn). They’ll still be edible, but won’t be as presentable. And you have to cut away the damaged part, so they give you less fruit to eat.

Also, foliage, because it captures the sun’s energy and converts it into sugar, gives tomatoes their sweet taste: if you strip off the plant’s leaves, the tomatoes that are forming won’t be quite as tasty! And the plants won’t be as prolific. The more leaves a tomato plant has, the more fruits it can produce.

Of course, you can remove yellow, brown or diseased leaves (that’s another situation entirely), but leave green leaves intact if you want the tastiest, most perfect tomatoes in town!

Article adapted from one published on August 21, 2015.