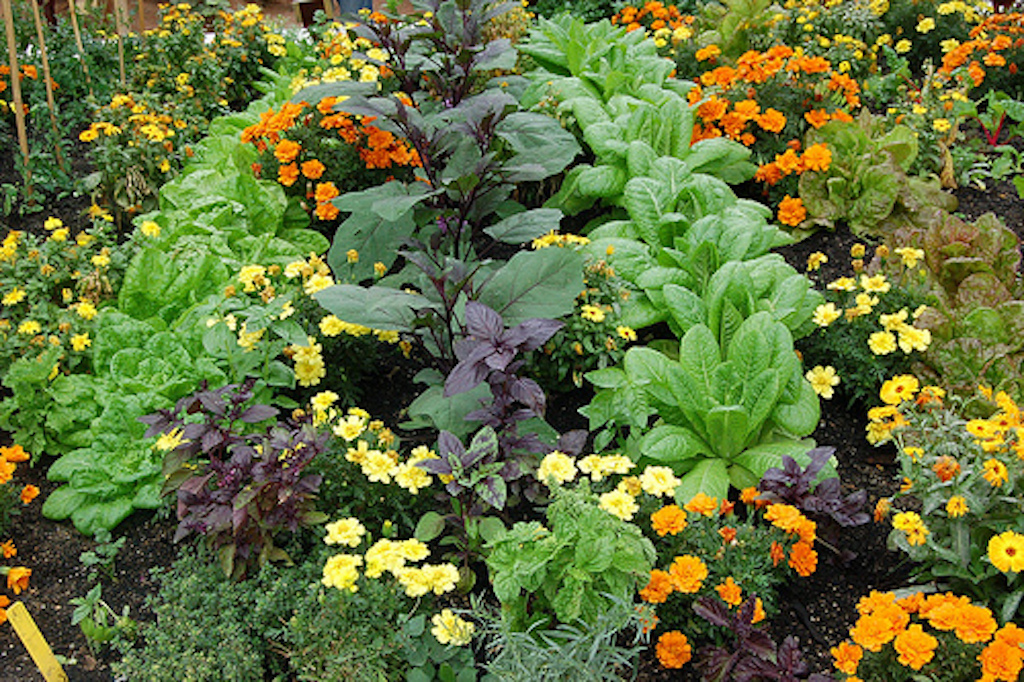 Using marigolds as companion plants might be a mistake. Photo: hermionesgarden.blogspot.com.

Many years ago, when I still believed in companion planting (I no longer do: read Companion Planting: Myth or Reality?), I was in the habit of planting marigolds—both French marigolds (Tagetes patula) and African marigolds (T. erecta) and sometimes other species like T. minuta or T. lucida—near my vegetable plants. They were supposed to repel nematodes and whiteflies as well as to attract pollinators.

I stopped after a decade or so, because I wasn’t getting any positive results with whiteflies (the marigolds seemed to have no influence on them, either positive or negative, at least not in my community garden of the time); plus they seemed to attract aphids and (especially) leaf hoppers that then spread to my other plants. Also, it turns out that there weren’t any harmful nematodes in my area, so I had no need to protect against them.

Worse yet, it seemed to me that the plants growing next to marigolds just weren’t performing as well as they should. I just figured the marigolds were outcompeting my vegetables, so stopped growing them.

It turns out it I might have been right.

Some studies now show that exudates produced by marigold roots, notably alpha-terthienyl, terpenes and thiophenes, are harmful to many other plants. In other words, marigolds would appear to be allelopathic. They apparently evolved these compounds to hinder the growth of their neighbors so they could get more than their share of sunlight, minerals, moisture, etc. This effect is apparently most evident when marigolds are planted in the same spot for two years or more, so apparently the compounds accumulate in the soil.

In one study, marigolds were planted around bean plants to see if they kept Mexican bean beetles (Epilachna varivestis) away, while a control plot contained only beans, not marigolds. It turns out the plants in the control plot did sustain a bit more beetle damage, but even so, produced more beans than those in the plot with marigolds as companion plants, where the bean plants remained stunted.

That is just one example and really proves very little. It will take decades of study to determine whether marigolds really are seriously allelopathic and, if so, to which plants and under what circumstances.

In the meantime, though, if you’re finding plants growing near your marigolds not performing as they should, you might want to drop marigolds from your planting list.

11 comments on “Do Marigolds Help or Hinder?”