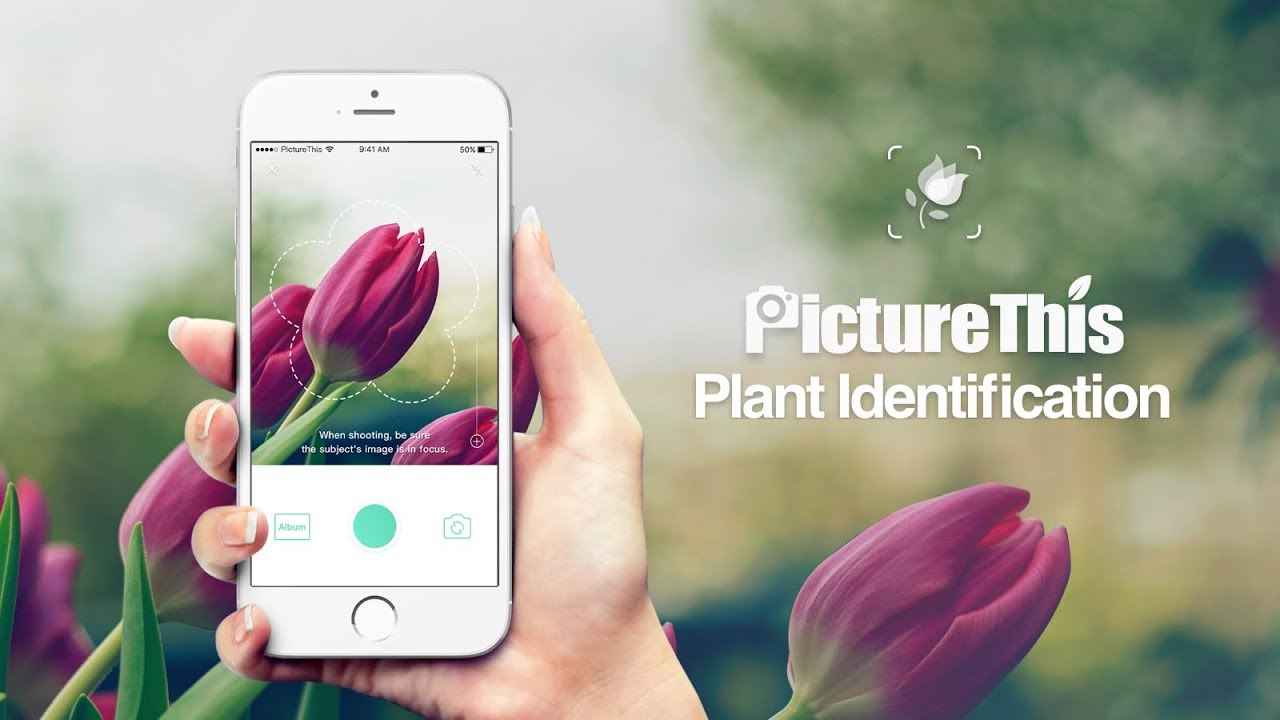 Question: What do you think of the PictureThis app?

Answer: I had tried this app, used to help people identify plants, once before and found it very interesting, but somehow never went any further. Following your question, I tried it again … and here’s what I discovered.

The PictureThis—Plant Identifier claims to have more than 11,000 species in its searchable database and to be capable of identifying 99% of common species. The idea is to snap the photo of a plant you don’t know, or to download a photo of the plant, and the app will find what species it is, plus supply useful information about the plant.

It claims to use a “revolutionary artificial intelligence technology” in doing so. In other words, it doesn’t just compare plant photos like other plant identification apps, but studies details of the plant’s anatomy to identify it.

This is a paid app, but you’re allowed a one-week free trial (read more about that below), so I downloaded it onto my iPhone from the App Store. That was easy enough to do and it was up and functioning right away.

I then took it on a tour of my garden and took 10 photos. Again, that was easy enough: it opens with a photo button at the bottom. Click on that to get into camera mode, then just point the phone, adjust and shoot.

Instantly, PictureThis displays a page where the plant’s common names, botanical name and even cultural information are displayed. In fact, a lot of information is supplied: scan down and tips, common questions, description, name story, symbolism and even more appear. It’s like a mini portable plant encyclopedia!

There are all sorts of other features, but I only tested the plant identifier.

PictureThis turned out to be really very good at plant identification. I tested 10 plants and it got 7 of them spot on. And I’d have to give the 8th a “close enough.” It correctly identified the plant as a geranium (Geranium), but named the wrong species of geranium. I figure most gardeners don’t necessarily want the particulars: knowing the plant is a geranium is already much better than just knowing it as a “plant in my garden.”

Essentially, the first 5 plants tested were common garden plants and it identified them all correctly (if you include the “close enough” geranium), so I started giving it harder plants to identify, ones that aren’t as common in home gardens. And my home and garden are full of really obscure plants, so that was no problem!

I tried a coleus, which, while not rare, is, such a variable plant that I figured the app might find it difficult to identify. And indeed mine (the cultivar ‘Henna’) is not your typical coleus, with cut leaf edges and an unusual color combination; plus it even changes its appearance considerably under different conditions. Yet PictureThis correctly identified it as a Common Coleus, botanical name Coleus scutellariodes, which is, as of 2018, the new correct name of the coleus (yes, the botanical name of the coleus has been changed often enough to make your head spin!).

So, I took it a step further, and took a shot of a rather unusual fuchsia, Fuchsia triphylla ‘Firecracker’, with dangling coral-red flowers and variegated foliage.

Dang if it didn’t get it right! Triphylla hybrids fuschia, it said, botanical name Fuschia triphylla. Wow! I was impressed!

So, what now could I stump it with? Then I thought of my yacón (Smallanthus sonchifolius), a very usual vegetable from South America. Few gardeners know of this plant and I figured there was no way a plant identification app could identify it, but: bam, right on the dot! Yacón, it read, botanical name Smallanthus sonchifolius, and then followed a very interesting description.

PictureThis is apparently programmed to always give an answer. From my short experience, at least, it never seems to say, “I don’t know” or “maybe it’s this or that.” So, be aware that when it is wrong, it can be spectacularly wrong.

It identified my Hoya longifolia as being a “Beauver’s widow’s-thrill, botanical name Kalanchoe beauverdii”, for example. Admittedly, I took a shot of the foliage only. Perhaps if I’d included a flower cluster in the shot, it might have done better. Still, the two plants aren’t even the same plant family (Hoya is in the Apocynaceae, Kalanchoe in the Crassulaceae), let alone the same genus or species. And the first is a trailing epiphyte, the second an upright growing succulent. The two plants do share thick, long, narrow leaves, but that’s the only similarity.

And I tried my “propeller vine” (Dischidia albida), a hanging basket plant, which it mistook for a “Mistletoe cactus, botanical name Rhipsalis baccifera”. Again, no botanical relationship, although both plants are trailing epiphytes with long stringy stems.

Obviously, these misidentifications were way off base, but I had chosen rather obscure plants (and both are indoor plants, too, so maybe PictureThis is not as knowledgeable about houseplants?). Plus, there were indeed physical similarities between the plant suggested and the real one.

First, PlantSnap struck me as more complicated than PictureThis: there is a lot more clicking to get where you want to go. But that’s a minor detail.

Worse, it was terrible at plant identification! Of my original 10 test plants, it got only three right! And some that it missed were pretty basic: it didn’t recognize garden phlox (Phlox paniculata), obedience plant (Physostegia virginiana) or even Chinese chives (Allium tuberosum). Also, PlantSnap doesn’t really give a final identification, but rather gives several suggestions with photos and you get to compare them with your plant. That’s fine and maybe even good. However, when it was wrong, as it was most of the time, none of the “suggestions” were even close to the real plant.

If I had bought this app, I would have been verydisappointed.

Before going as far as a heartfelt recommendation for PictureThis, I have a major warning for you. The so-called “free trial” is not really free. If you download PictureThis, expect to pay for it … you have to physically cancel your subscription.

I learned this through a quick look at reviews of PictureThis on Google. It showed complaint after complaint about people being billed a year’s fee for their free trial, or even a weekly rate (much more expensive!), so I checked the subscriptions on my iPhone (I’m no tech geek, so I found a site on Google explaining how to cancel an App Store subscription and just followed the steps).

Sure enough, the PictureThis subscription page showed a list of prices and there was a checkmark next to PictureThis Premium (1 year) at $39.99. Yes, I was being billed 40 bucks for a simple trial!

I clicked Cancel and received a message that the subscription was canceled but that I could still use the app for free for a week.

So, beware: you can have a free trial, but only if you cancel the subscription.

I didn’t delve too much into the plant information supplied, but it seemed “reasonable.” I did note that some of the details were incorrect (it claimed that Coleus scutellarioides had once been known as Plectranthus amboinicus, but in fact, P. amboinicus is actually a very different plant), but, for the average gardener, who probably only wants to know how to grow the plant, the cultural details are quite acceptable.

Also, the parent company is Chinese, so I’m assuming the English-language information is a translation. That might explain why some of the prose comes across as odd. For example, under information about the obedient plant (Physocarpus virginiana), the app gives the following:

Potting Instructions: Obedient plants can be planted for one year without turning over the pot.

I assume that means repot annually.

And there is plenty more odd and strangely flowery language, but most people could probably figure out what the text means.

I found the PictureThis app really incredible for plant identification. It’s very good at what it does, and the plants it missed in my trial were in the “pretty obscure” category. Still, $39.99 a year is a lot of moola for something you probably won’t use very often.

My suggestion? If you’re going on a garden tour or some other precise situation where you would be using the app frequently for a short period, download the app, find the Subscriptions page on your phone and correct it so you’re on a weekly or monthly plan, as needed.

Of course, if you’re an intrepid plant explorer and have a daily need for plant identification, or if you want to build up your own personal plant encyclopedia of the plants you grow (called My Collections) you can consult at any time, just download the PictureThis app. You’ll find you’re already signed up for a full year.

7 comments on “Does the Picturethis Plant Identifier Really Work?”