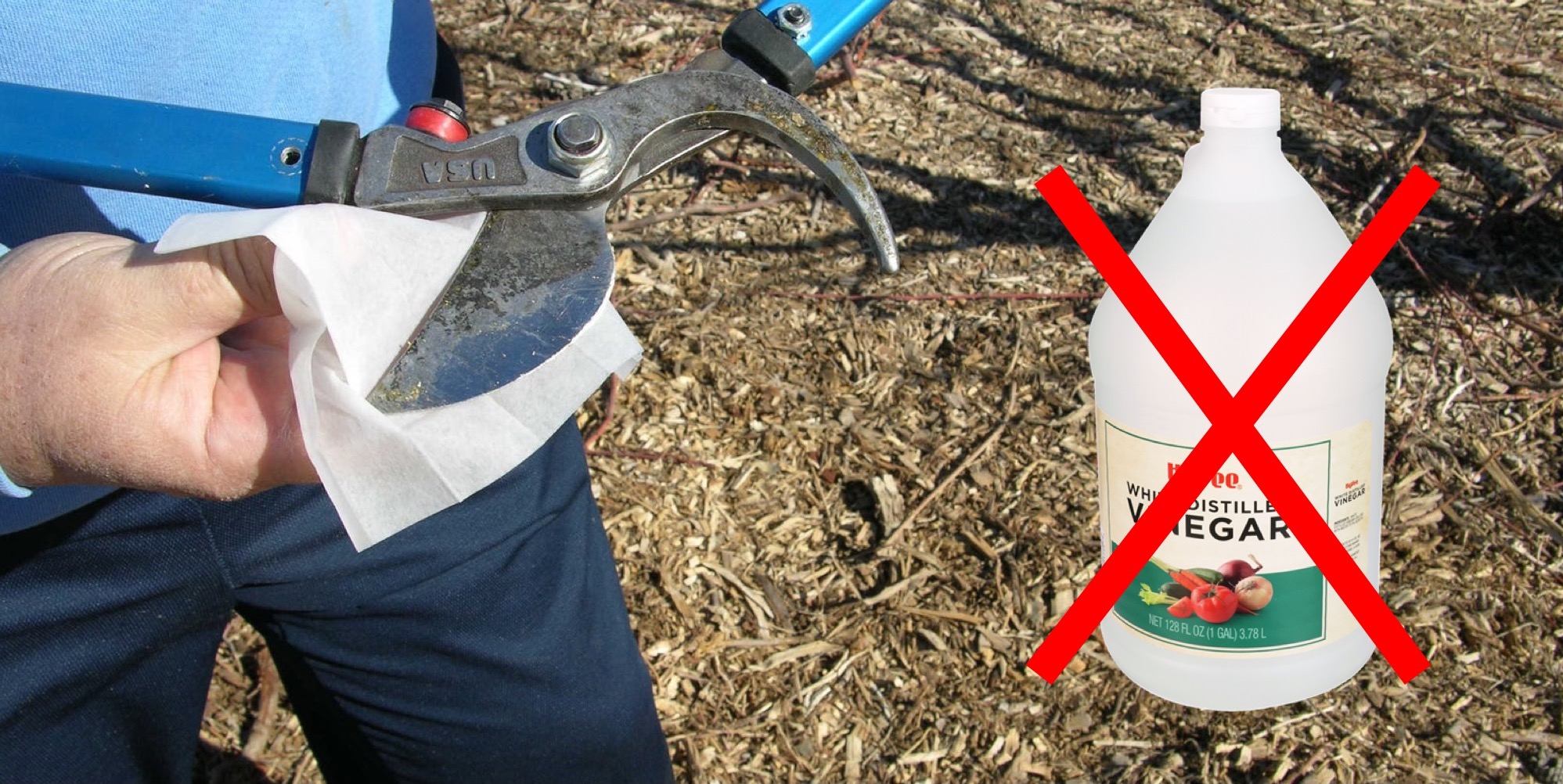 Question: I was told to wipe my pruning shears with white vinegar to sterilize them between cuts. It’s apparently more ecological than using bleach.

Answer: True enough, but does it kill microbes? After all, the idea of sterilizing tools before reusing them is all about killing all microbes that could be carried from one plant to the next or from an infected part of the plant to a healthy one. And no, vinegar does not kill all microbes. It may be deadly to some, but is harmless to others.

So, no, don’t use white vinegar (or any vinegar) to wipe your garden tools between cuts.

But then, neither should you be using household bleach! There are more details in the article Gardening Myth: Sterilizing Pruning Tools with Bleach, but in a nutshell, while bleach will sterilize pruning tools, it will also corrode and blunt them; plus it is awkward and dangerous to use (it’s irritating to the skin and dangerous to the eyes), stains and damages clothes and will ruin your gardening gloves. Plus, it’s extremely toxic to plants and can damage the tissue of the next cut.

So, bleach is certainly not something you should be using to sterilize pruning tools either!

What To Use to Sterilize Cutting Tools

The classic product for sterilizing garden tools is rubbing alcohol (isopropyl alcohol). It kills microbes, then quickly evaporates, so doesn’t harm the cut surfaces of the plant, nor does it corrode tools. Also, it’s harmless to clothing and garden gloves, is only an irritant if used repeatedly and can be easily carried around in your pocket in a small bottle.

And in the COVID-19 era, you may already be carrying around hand sanitizer. Well, it’s also usually alcohol based (indeed, it is often largely isopropyl alcohol), so it will sterilize tools perfectly well, although do let the product evaporate from the tool (gels especially tends to be slower to evaporate than rubbing alcohol) before making another cut, as it can damage plant tissues.

Other sterilizing liquids you could try are household cleaners, like Lysol, Pine-Sol or even an antiseptic mouthwash like Listerine. As with hand sanitizer, let them evaporate before making the next cut.

But just say no to vinegar and bleach!