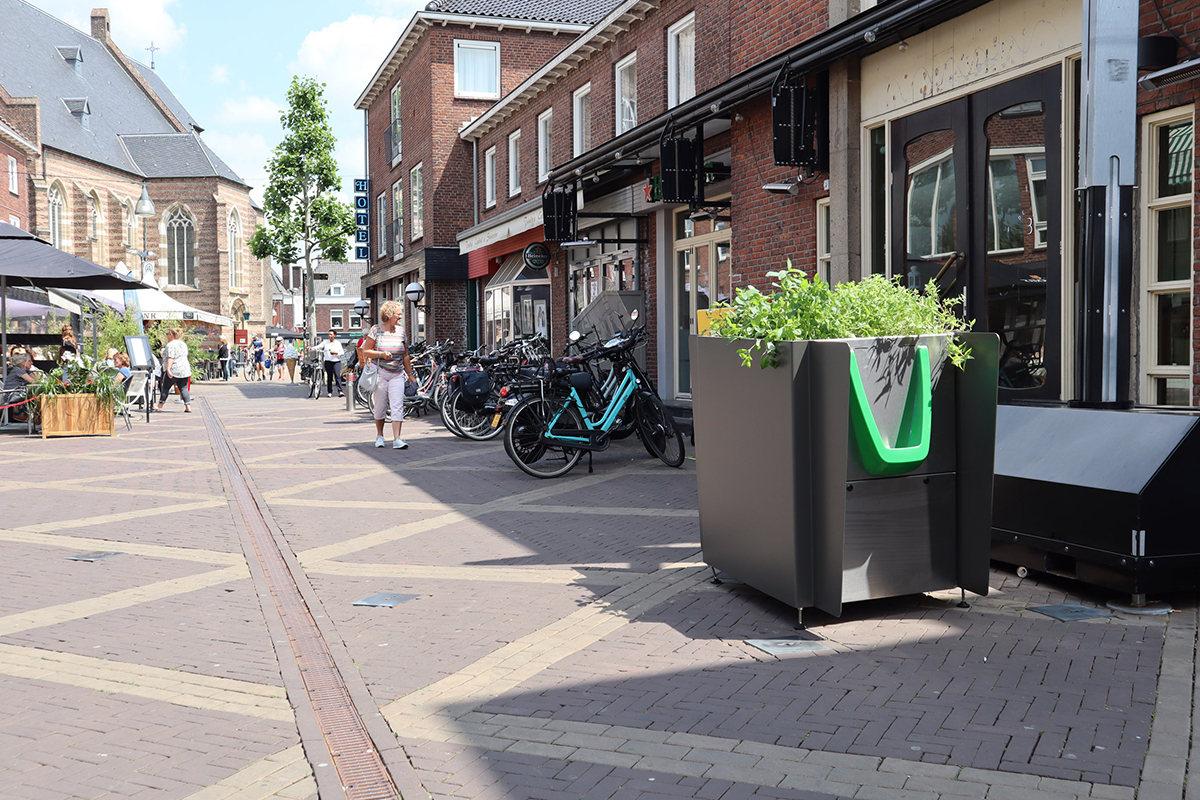 GreenPee planters have a urinal on the side. Photo: theceomagazine.com

12 new green urinals have been installed in Amsterdam to stop “wild peeing” … and they may also save some lives to boot.

The urinals, called GreenPees, produced by the Dutch company Urban Senses, look like traditional planters and have plants growing from the top. But there is also a target zone for urination on the side. The goal is to reduce public urination, an age-old problem in Amsterdam that damages buildings, creates undesirable odors and can be a health problem.

And lives may be saved. According to the tourism information site DutchAmsterdam, nearly 15 inebriated men drown every year in Amsterdam after losing their balance while peeing into a canal. So, guys, play it safe and pee into the pot, not into the canal!

4 GreenPees were placed around Rembrandtplein square in a pilot project in 2018 and resulted in a reduction of 49% in wild peeing. No estimate was made of lives saved, but then, the Rembrandtplein is one of the rare spots in Amsterdam that is not located on a canal.

The GreenPees are installed in public places, especially near bars where large quantities of beer are consumed. One side of the planter (or two sides, if you prefer to pee with a friend) has a clearly marked target where the pee deposit can be made. The tank inside is filled with odor absorbing hemp fibers: it is fully self-contained and no flushing is required, thus no water is wasted. After composting, this fiber-urine-mixture becomes a phosphate-rich organic fertilizer used to fertilize the city’s green spaces.

A wide range of plants can be grown in the container which has a water reservoir and a wicking system to reduce watering needs.

As far as I know, pea plants are not among the plants so far tested.

When I first heard of the GreenPees, I assumed that the urine was being used to water the plants directly, which seemed like a wonderful idea, but apparently that would be too much of a good thing. Some have more than 75 pee visits per day! The poor plants would quickly be overcome by the quantity. Instead, the container inside, which can handle up to 300 pee visits, is regularly emptied. A smart sensor can be included to warn the operator when it’s time to do a round.

The GreenPee is presently still a strictly male-oriented device, but research is underway on developing a LadyGreenPee.

7 comments on “Pee Planters May Save Lives in Amsterdam”