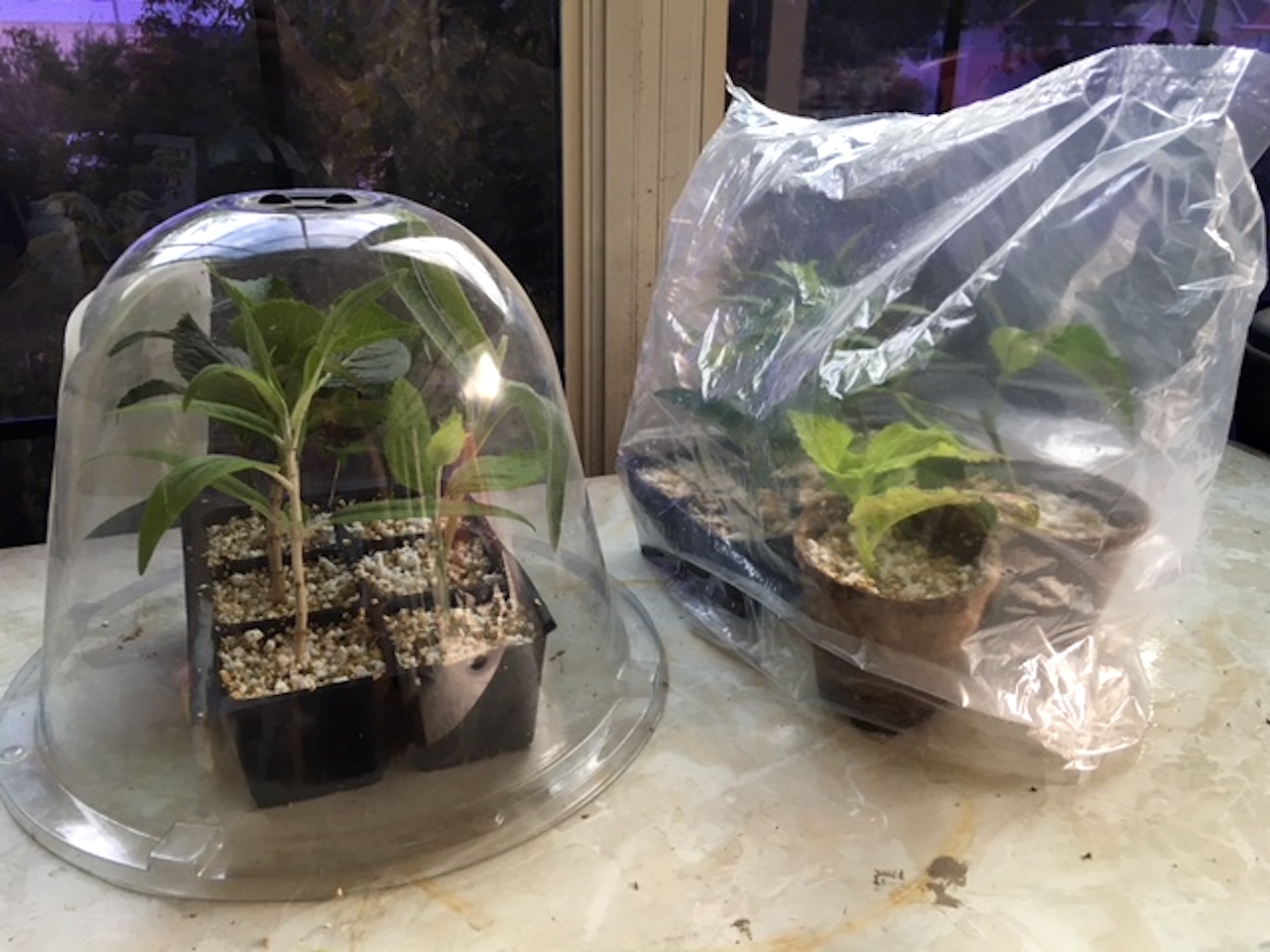 Cuttings rooting “under glass” need to be gradually acclimatized to the outside air. Photo: rainbowgardens.biz

Question: I recently tried rooting a few cuttings (Virginia creeper, wisteria and honeysuckle) under a plastic dome. They all took, but when I removed their covering, the leaves wilted right away! Where did I do wrong? Is there a progressive “deconfinement” procedure I should have applied? It’s certainly true that the poor things were used to a very humid atmosphere.

Answer: You understood perfectly! Cuttings produced “under glass” (inside a “mini-greenhouse” of some sort, which could be a dome or a plastic bag) root more readily than cuttings made in the open, because the extreme humidity inside the mini-greenhouse eliminates the water loss the cuttings would normally experience due to transpiration. Not having the added stress of constantly trying to replace the water its leaves are losing, the cutting can instead put its energy into root formation.

However, when the cutting has rooted and begins to produce new leaves (new leaves are a sure sign rooting is well underway), those leaves will have adapted to very high humidity and will often wilt if the mini-greenhouse is removed abruptly. That’s what happened to your cuttings.

You haven’t lost them, but that did give them a serious setback. They’ll soon produce new leaves now that they’re in the open, but the initial leaf loss will slow their recovery.

So, the secret to succeeding in this “deconfinement” without the leaves wilting or dropping is to do it early, when the new leaves are just forming, and—above all!—to do so gradually.

As soon as you see new leaves, open the bag a little or raise the dome just a bit (you can prop up one corner on a wedge of some sort) to let in some outside air and lower the humidity. The next day, open a little more and the day after, even more. After 5 to 7 days of this gradual deconfinement, your cuttings will be fully acclimatized and ready to face life outside their mini-greenhouse without even losing a leaf.