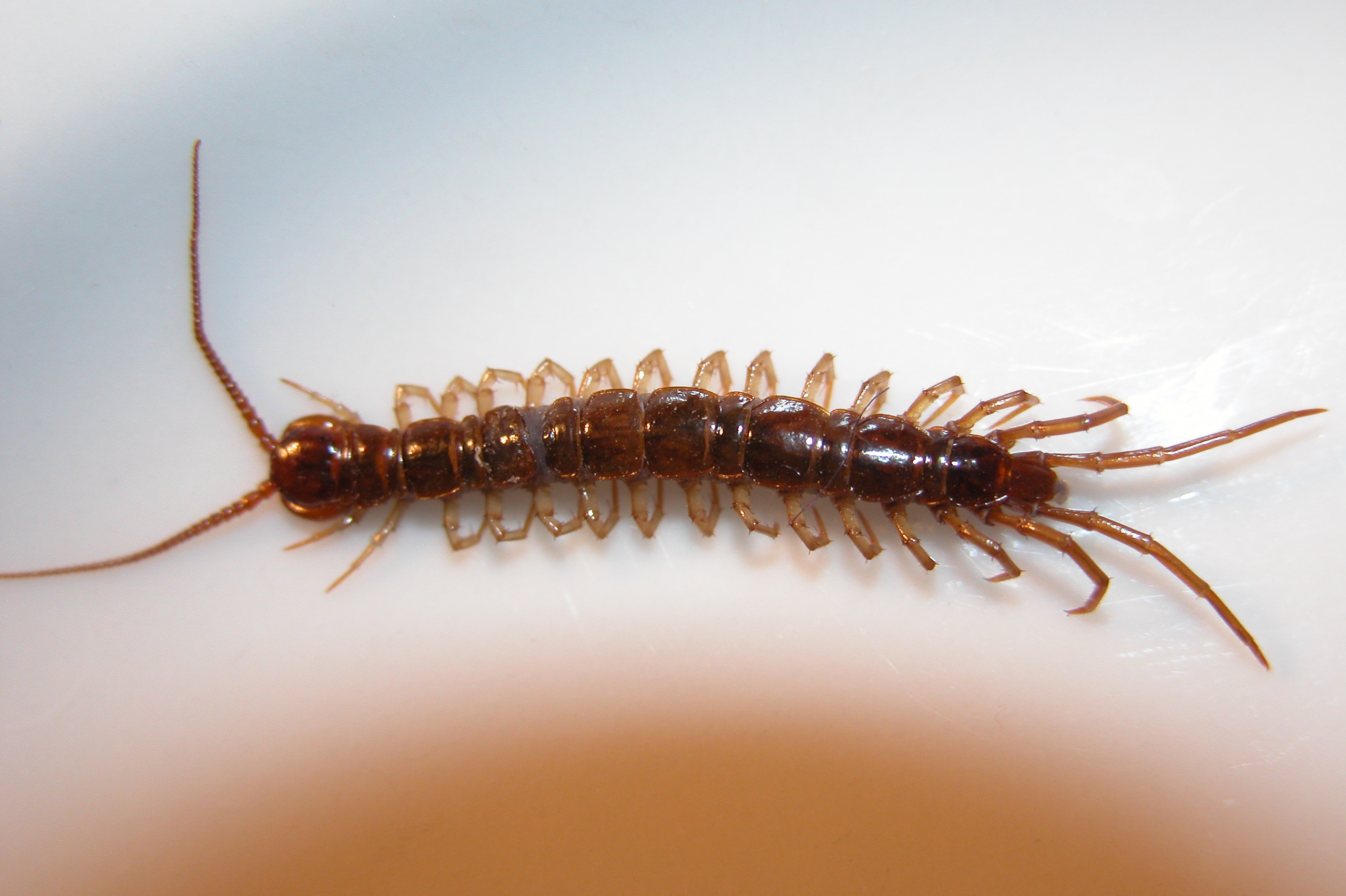 Question: I need your help. The soil of my majesty palm is full of caterpillars. Could you tell me where they come from and how to get rid of them?

Answer: The photo you sent didn’t show any caterpillars, but instead a centipede. Besides, there probably weren’t many of them, as centipedes are rather solitary creatures.

Centipedes are not harmful to plants, but instead feed on insects and other small critters in the soil. They can actually protect your plant against its real enemies, so you might want to consider letting them live.

Difference Between a Centipede and a Millipede?

Centipedes and millipedes are distant relatives and are often confused by gardeners. They aren’t insects, but a different type of arthropod. They belong to a group called myriapods, a name that means “with many legs”.

Centipedes are generally carnivorous, have one pair of long, spreading legs per segment and also have long antennae. Most obviously, they move quickly, so catching one is quite an exploit!

Millipedes, on the other hand, are scavengers and eat detritus: dead leaves and roots, fungi, etc. So, they too are usually beneficial. However, some species are somewhat vegetarian and may chew on a few plant roots. Millipedes generally have 2 legs per segment (except on the first segments) and those are placed under their body rather than beside it. Their antennae are short. They move slowly and don’t usually try to run away when disturbed, but often curl up when they feel threatened. There are thousands of species of both.

Note that, despite the fact that the word centipede means 100 legs, they never have exactly 100 legs, but a variable number of appendages, depending on their species and maturity. The small species found in our plants rarely have more than 30 legs. You probably guessed that millipede means 1,000 legs and indeed, most millipedes have many more legs than a centipede, but still, never a thousand!

Both are nocturnal and shy away from light, hence their occasional presence in plant pots: a good place to hide from the sun.

How Do Centipedes Find Their Way into a Pot?

If your majesty palm (Ravenea rivularis) spent the summer outdoors, which is usually the case, as it is mainly sold as a patio plant, centipedes probably moved into the pot outdoors, as they love cool dark places such as a plant pot. From there, they were carried indoors when you brought your palm back inside for the winter.

Or maybe they were already present in the root ball when you bought the plant (majesty palms are grown outdoors in the tropics, then shipped north in the summer, so could easily harbor a few creepy-crawlies). In that case, they would have then spent the whole summer in the root ball while the palm was on your deck.

On the other hand, centipedes are also found living naturally in our homes, especially in basements and bathrooms, because they need a humid environment in which to survive, so it’s also possible that the centipedes migrated into the pot from inside your home, although that’s the least likely scenario.

How to Bring Plants Indoors Without Centipedes

The usual technique for removing insects hiding in the soil of houseplants that summered outdoors also works for centipedes and millipedes likewise hiding in the root ball: soaking! Fill a bucket with soapy water and immerse the pot (and therefore the root ball) in it. Let it sit completely submerged for 15 to 30 minutes, then take it out of the water and let it drain.

You can do the same indoors to get rid of the centipedes in the pot of your palm.

This treatment works in two ways: centipedes (and millipedes) are not aquatic (at least, not the species that live in plant pots) and will drown during the soaking. That is unless the soap killed them first, as it suffocates them, blocking the pores through which they breathe.

Plant roots will not be harmed during such a soaking, although you wouldn’t want to leave plants with their root ball immersed in water for days at a time, as that would deprive the roots of oxygen and could therefore lead to rot.

As you can see, eliminating centipedes from a potted plant isn’t complicated, but it does make more sense to treat the plant when it’s still outdoors, before bringing it indoors for the winter, rather than afterwards, when it’s already in the house.

Or, live and let live! After all, centipedes are a gardener’s friend.

7 comments on “When Centipedes Live in Houseplant Soil”