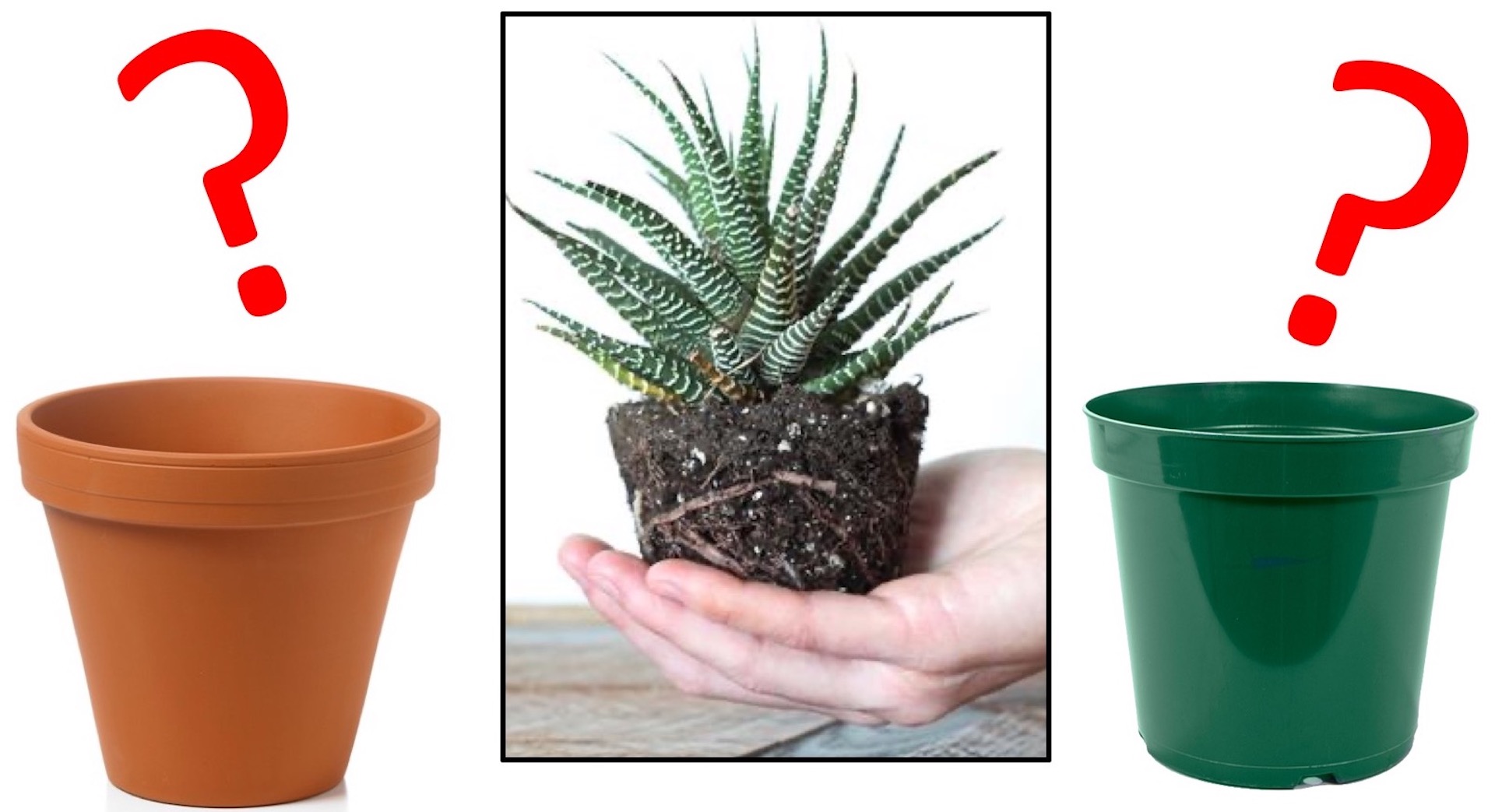 Question: Is it better to use plastic or terracotta pots for succulents and cactus?

Answer: This an old debate, going back to at least the late 1960s when I first became interested in houseplants. At the time, I was told succulents and cactus, which are a type of succulent, did best in terracotta pots (unglazed pottery) because the pots “breathed” (were porous) and allowed more air to reach the roots. And because they’re porous, they lost water more rapidly and succulents didn’t like sitting in wet soil. It made sense then and there is indeed a certain truth to it, but…

In fact, you can grow succulents just as easily in plastic pots as terracotta ones. And with terracotta pots being so expensive these days, I suspect most succulent-lovers use plastic more often than terracotta.

That “terracotta pots dry out faster than plastic ones” really makes little difference as long as you use a potting mix with lots of air spaces (potting mixes have become dramatically better aerated since the 1960s!) and water your plants correctly, that is, waiting until the growing mix is thoroughly dry before watering again. The soil in terracotta pots may dry out a little faster, but if the plant is correctly planted in well-aerated soil, the difference will likely be minor.

Still, if you tend to overwater (and ideally, you’d learn not to do so!), terracotta pots might be a better choice. That would also be true if you tend to stick your succulents in dark corners where they receive insufficient light and therefore grow little and use little water, but… you shouldn’t be mistreating your succulents like that anyway. (They all like plenty of light!)

The corollary of the above is that if you’re someone who tends to forget to water, you should probably go for plastic. That might just keep a severely drought-stressed succulent alive a day or two longer.

Of course, if you’re just a regular houseplant owner who pays attention to watering needs, you can use either one.

What Commercial Succulent Growers Do

I think it’s telling that commercial succulent nurseries, that once used terracotta pots almost exclusively, have pretty much all switched to plastic. Now, that’s largely for economic reasons—terracotta pots are just so expensive!—but if terracotta pots were really essential for keeping succulents healthy, they’d still be using them.

In fact, the in-thing these days in succulent nurseries is to grow succulents in very thin, cheap plastic pots in the nursery, then to slip them into more ornamental cachepots to stimulate sales. When you water these, you just have to remove the “grow pot” from the cachepot 10 to 30 minutes after watering and drain away any surplus water from the cachepot.

Other Pros and Cons of Terracotta and Plastic

In most cases, though, it really doesn’t matter what kind of pot you plant your succulents in… as long as it has a drainage hole!

8 comments on “Terracotta or Plastic Pots for Succulents?”