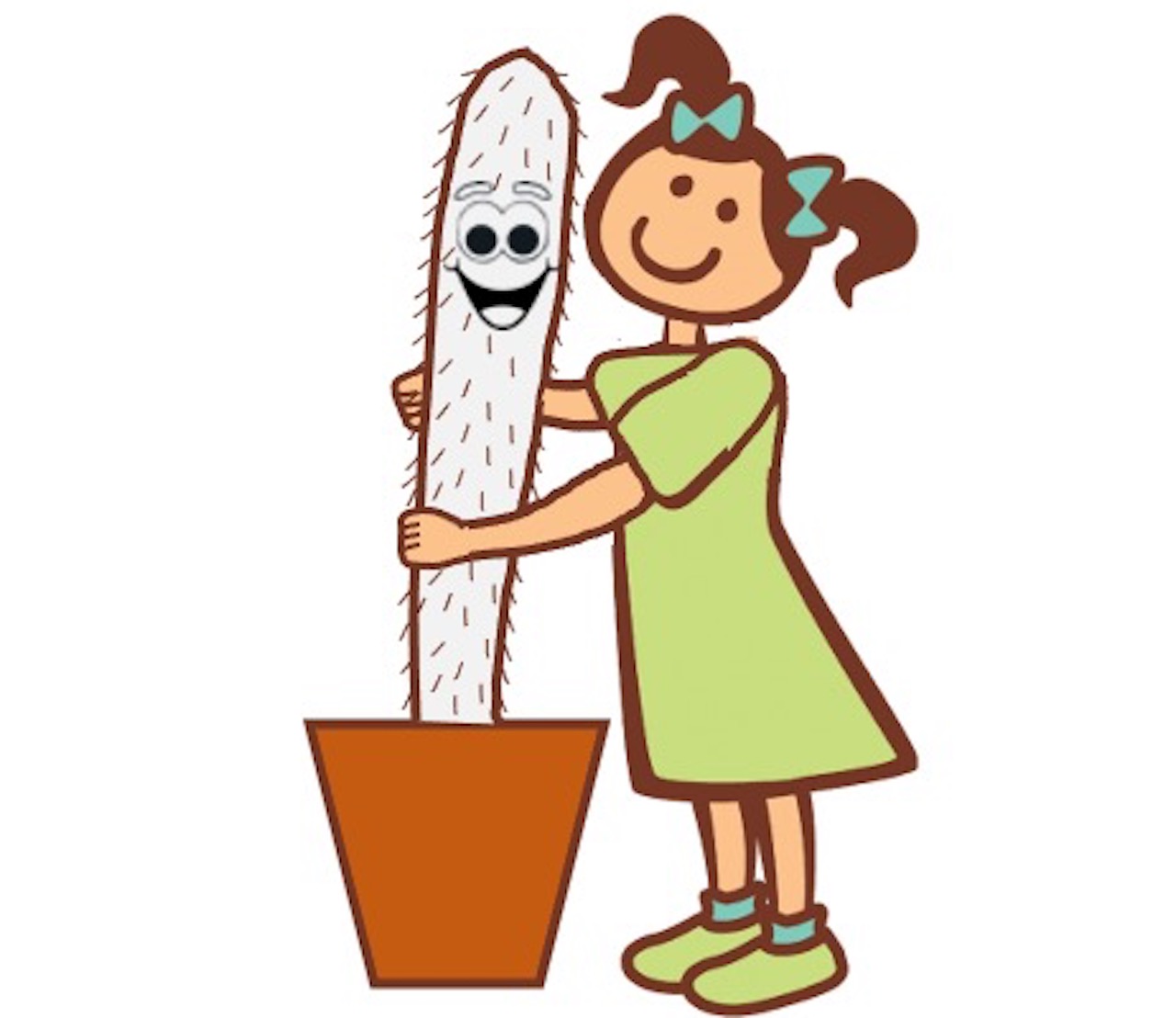 In yesterday’s article, I presented more than 20 different fuzzy and hairy houseplants. Here are some more!

The genus Plectranthus, closely related to the popular coleus (Coleus scutellarioides), is not necessarily known for its downy plants, but most do have some fuzz and a few are outright hairy.

The silver spurflower (P. argentatus) is an upright grower with thick, silvery leaves and late summer spikes of bluish-white flowers. It’s often grown as an annual for summer containers, but makes a great houseplant.

The prostrate coleus (P. oertendahlii) has creeping stems and green leaves with silver veins and a soft overall fuzziness. The cultivar ‘Uvongo’ is much more silvery and seems to be replacing the species on the market. There are several variegated varieties.

Mexican mint (Plectranthus amboinicus, recently moved to Coleus amboinicus) is also called Indian borage, French thyme, Indian mint, Cuban oregano and Spanish thyme. The thick egg-shaped leaves are covered with white fuzz, giving the leaf a pale green appearance. The leaf gives off a strong oregano odor when stroked and is often used in cooking, as its many common names imply. There are several variegated cultivars.

Vicks plant (P. tomentosus) is similar to Mexican mint, but with smaller, thicker leaves and a stronger, less pleasant (to my nostrils, at least) odor. There are many other odiferous, fuzzy plectranthus available, most with rather unpleasant scents.

Consider all plectranthus species to be easy indoor plants, putting up with almost any conditions, but preferring bright to medium light, even full sun, and moderate watering.

No longer a true Cissus (the former Cissus adenopoda is now Cyphostemma adenopoda), the pink cissus is a fast-growing tropical climber with trifoliate leaves that are burgundy underneath and covered with red hairs on the top, giving the plant the pinkish coloration its common name suggests when backlit. It’s tendrils allow it to climb all over nearby plants. It’s easy to grow and tolerant of moist to dry conditions, partly thanks to tuberous roots that keep it alive in times of drought. Moderate light is fine, but it also grows in full sun.

There’s an even more silvery pelargonium: the black geranium (P. sidoides), best known for its tiny black flowers, but with nicely silvery leaves that are soft and comfy to the touch. But don’t smell your fingers after you stroke them: the plant’s smell is rather unpleasant!

All scented geraniums like full sun or at least bright light and moderate watering. Most flower moderately and prettily.

The genus Senecio is a huge one: over 1,250 species including everything from annuals to hardy perennials to succulents and even trees. Many are hairy. In fact, the name Senecio is from the Latin for “old man”, signifying white hair. However, only a few are commonly grown as houseplants.

In the succulent branch of the genus, there is the woolly senecio (S. haworthii, now Caputia tomentosa), with an upright cluster of densely felted, white, tubular leaves showing no visible trace of green. S. scaposus (now Caputia scaposa) is somewhat similar, but with a strictly ground-hugging rosette with longer silver leaves, sometimes toothed. And there are other silvery succulent senecios. All will need full sun and dry conditions.

Fairly new to the market and still sold, so far, mostly as a tender perennial for outdoor use, Angel Wings senecio (S. candicans ‘Senaw’) is a stunning plant with broad, silver, strokable leaves that does well as a houseplant if you give it full sun and cool, fairly dry winter conditions.

And the classic garden annual, dusty miller (once S. cineraria, then Cineraria maritima and now Jacobaea maritima), with either entire toothed leaves or deeply cut ones, always silvery, makes a great houseplant too. Just give it great light and moderate waterings.

Brazilian edelweiss (Sinningia leucotricha, formerly Rechsteineria leucotricha) is a strange name for this stunning tuberous plant, not in any way related to the true edelweiss (Leontopodium spp.), but instead a close relative of florist’s gloxinia (S. speciosa). Its partly exposed tuber becomes huge over time and incites a certain interest, but it’s mostly grown for its intensely silver leaves and fuzzy pink tubular flowers. It’s simple to grow if you remember it will go fully dormant, losing all its stems and leaves, before starting a new cycle. Full sun to bright light and moderate watering during the growth cycle will work wonders. No light or water is required while it’s dormant.

There are actually quite a few begonias with fuzzy leaves, not surprising in a genus of some 1,800 species and untold thousands of cultivars!

The elephant-leaf begonia (B. scharfii) is an upright, shrubby, easy-to-grow begonia with large furry leaves that are red underneath. It flowers abundantly with pale pink blossoms.

There is even a rhizomatous begonia called ‘Hairy Thing’ (actually, I think its real name may be ‘Bill Morris’, possibly named for a really hairy guy of that name). It has big burgundy-backed maple-shaped leaves covered with plenty of white whiskery fuzz. Lots of white flowers.

Many rex begonias are fuzzy, too, often with red hairs.

Begonia ‘Immense’ (B. × ricinifolia ‘Immense’) is a classic hand-me-down houseplant with thick creeping rhizomes and huge (as the name suggests) maple-shaped leaves, but it’s the petioles that are hairy, dotted in curious whorls of hairy red scales.

And I could go on and on: there are hundreds of fuzzy begonias. Except for B. peltata, they like moderate light and even watering.

Although often sold as a shrubby summer annual for containers where its abundant orange tubular flowers do attract hummingbirds, the hummingbird plant (Dicliptera suberecta, now D. squarrosa), also called the Uruguayan firecracker plant, doesn’t bloom forever, so cut it back, bring it indoors and enjoy it velvety gray-green leaves in the off-season. Give it full sun and moderate watering.

(Pepperface? Where do they get those names?) This is an easy-to-grow peperomia (Peperomia incana) bearing fairly thick stems and thick, grayish, rounded heart-shaped leaves dusted with white felt. It grows upright at first, then the stems bend and trail … so would look good in a hanging basket. It flowers readily, but the shepherd’s hook shaped flower spikes aren’t too special. Give it medium to bright light and go easy on the watering: consider it a semi-succulent.

Truly odd-looking, the pickle plant (Delosperma echinatum) looks as if it bears pairs of little spiky haired cucumbers on upright to spreading stems. The bristles appear brutal, but are actually soft to the touch. It may flower modestly with small star-shaped flowers in white or pale yellow. Give it full sun and let it dry between waterings. Expect some dieback in winter when it needs to be kept very dry.

There are other hairy houseplants, of course, like African violets (Streptocarpus ionanthus, formerly Saintpaulia ionantha), flowering maples (Abutilon spp.), piggyback plants (Tolmeia menziesii), strawberry begonias (Saxifraga stolonifera) and streptocarpus (Streptocarpus spp.), but usually they’re grown for other reasons than their hairiness and their fuzz is not a major factor when it comes to choosing them.  The plants described above and in yesterday’s article, though, truly are plants where fuzziness is next to godliness.