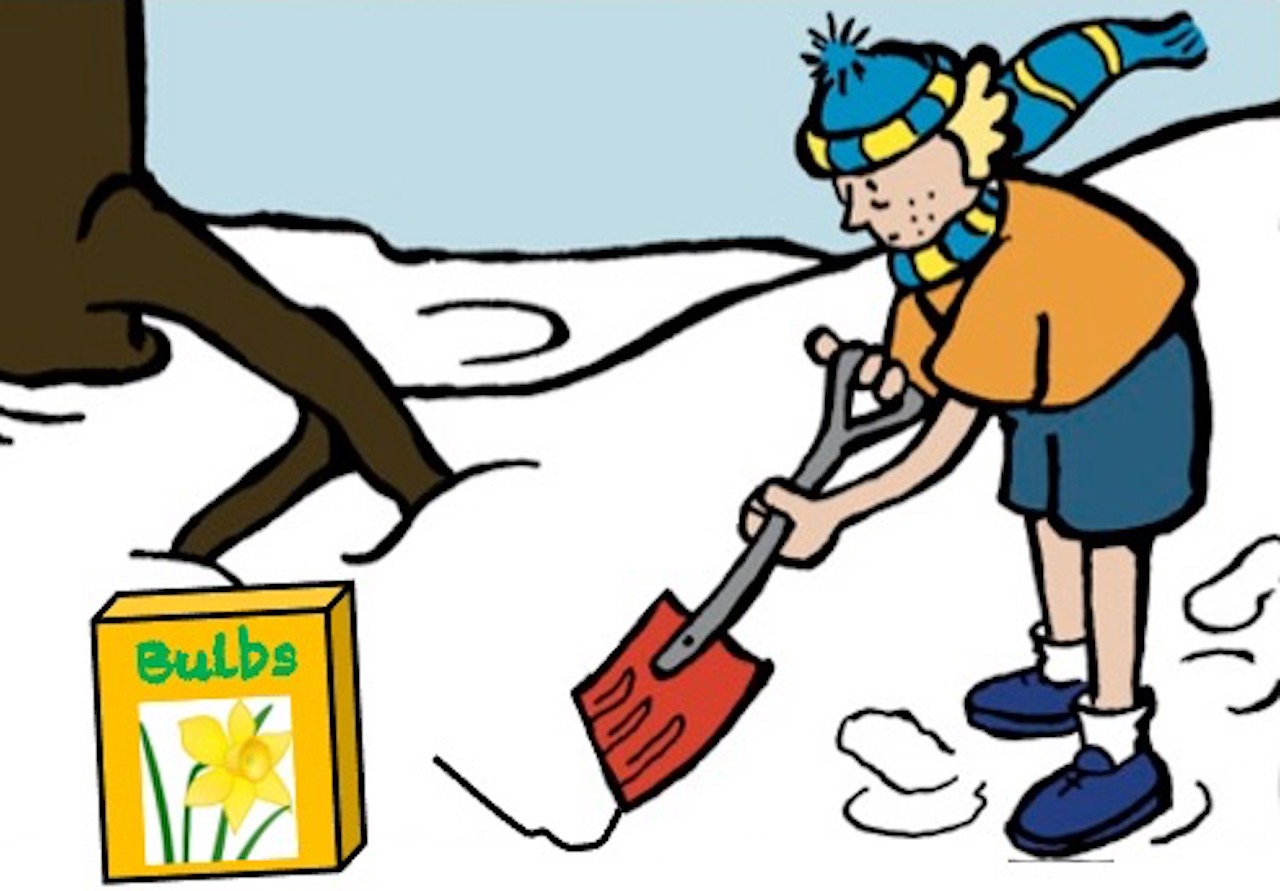 Normally spring flowering bulbs (tulips, daffodils, hyacinths, crocus, etc.) are planted from September through November in the Northern Hemisphere. In my climate (USDA zone 3), however, the soil often freezes before the end of October and I’ve occasionally had to plant bulbs in the frozen ground. Fortunately, soil freezes on the top first before frost reaches any depth, forming essentially a thin crust of frozen soil over the still friable garden soil below. So, I’ve found it fairly easy to simply break the frozen crust of soil like a sheet of thin ice and plant my bulbs.

However, if you know in advance that you won’t be able to plant bulbs until a very late date, you can put a thick layer of compost or leaf litter on the planting site. Both give off heat and will prevent the ground from freezing until you are ready to dig, at least for a while. Even so, you really should plant your bulbs by mid-December at the latest!

I was once caught off guard by a late delivery of narcissus bulbs. It was only late November, but that year winter had come early and the ground was knee-deep in snow. What to do? I figured the bulbs were lost!

Then we had a January thaw, most unusual where I live. The snow didn’t all melt, but there had been several days of mild weather and rain and I was hopeful the ground had thawed out under the snow. So, I went out and dug a hole in the snow. Bad news: the soil was frozen solid. What to do?

I figured I’d take a chance and did the following.

I went back inside and brought out a bag of potting mix. I dumped a layer of mix about 2 inches (5 cm) thick to the bottom of the hole so the bulbs would have something unfrozen to root into, then set the bulbs on that layer. I then covered them with about 6 inches (15 cm) of mix and shoveled more snow back on as insulation.

Well, when the snow melted next April, up come the narcissus flowers from a little mound in the garden. They were in perfect condition! And last time I checked (I no longer live there, but the garden is easily visible from the street), they bloom there still, some 30 years later.

Article adapted from one published on November 3, 2014.

6 comments on “(Almost) Never Too Late to Plant Bulbs”