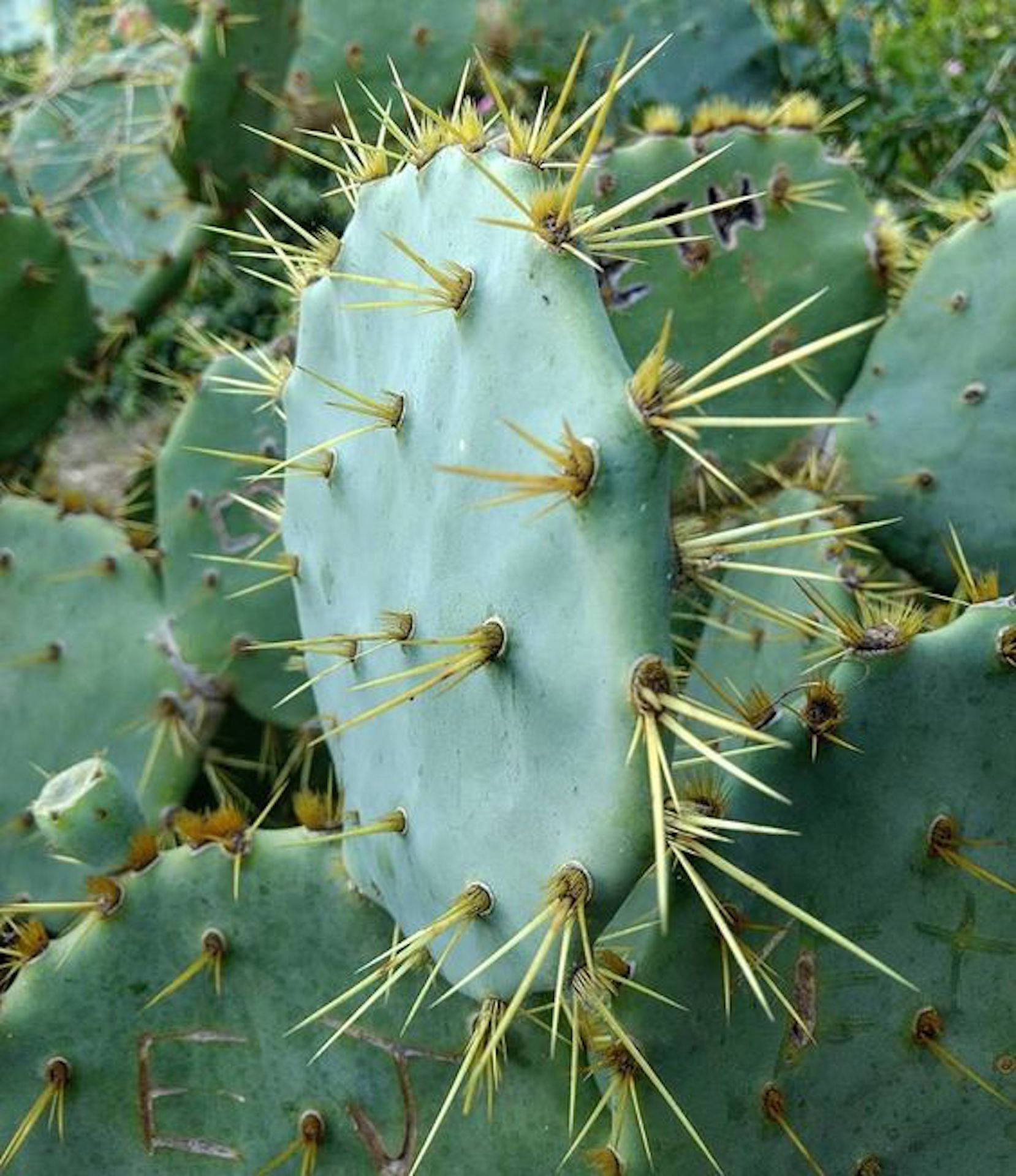 A typical prickly pear cactus (Opuntia dillenii). The wicked-looking long spines are not all you have to worry about! Photo: fbcdn.net

Opuntias (Opuntia spp.), popular indoor or outdoor cactus (depending on the species and your local climate) with mostly flattened segments, and often called prickly pears or beavertail cactus, are unusual among cacti in that they produce two types of spines. Long, fierce, painful ones that dig into the skin, draw blood and yelps and are very visible and, on the cushiony areole at the base of the vicious spines, tiny hairlike, barbed spines called glochids.

While the long, nasty spines stay on the plant, glochids break off readily and work their way into the skin, causing itching and irritation that can, in sensitive individuals, last days, weeks or even months. You rarely recall actually running into glochids, as they seem harmless. But if you get any on your skin, the resulting rash is one you’ll likely remember for a long time.

Ideally, you’d only wear thick, long-sleeved gloves or use tongs when handling any prickly pear, but in case glochids do get to you, remove them quickly before they work their way into your skin.

Believe it or not, how to remove glochids has actually been scientifically studied and the most effective method is to first go over the area with eyebrow tweezers, pulling off the most visible clumps of spines. Then cover the skin in the affected area with a thin layer of household glue (Elmer’s glue, for example), then lightly press gauze into the glue. Allow the glue to dry for about 30 minutes, then peel it off. According to this study, this will result in removing 95% of the glochids.

Other popular methods are less effective. Some people apply facial mask and pull them off that way. Others use sticky tape (duct tape, for example), softly pressing the tape over the affected sector, then yanking it off. But both methods left more of than half of the spines in the skin.

Once they’ve worked their way into your skin, though, you pretty much have to wait until your body reacts, causing dermatitis then pustules, then eventually expelling them.

My best advice is: admire your opuntias from a distance. They’re not a plant you’ll want to hug!