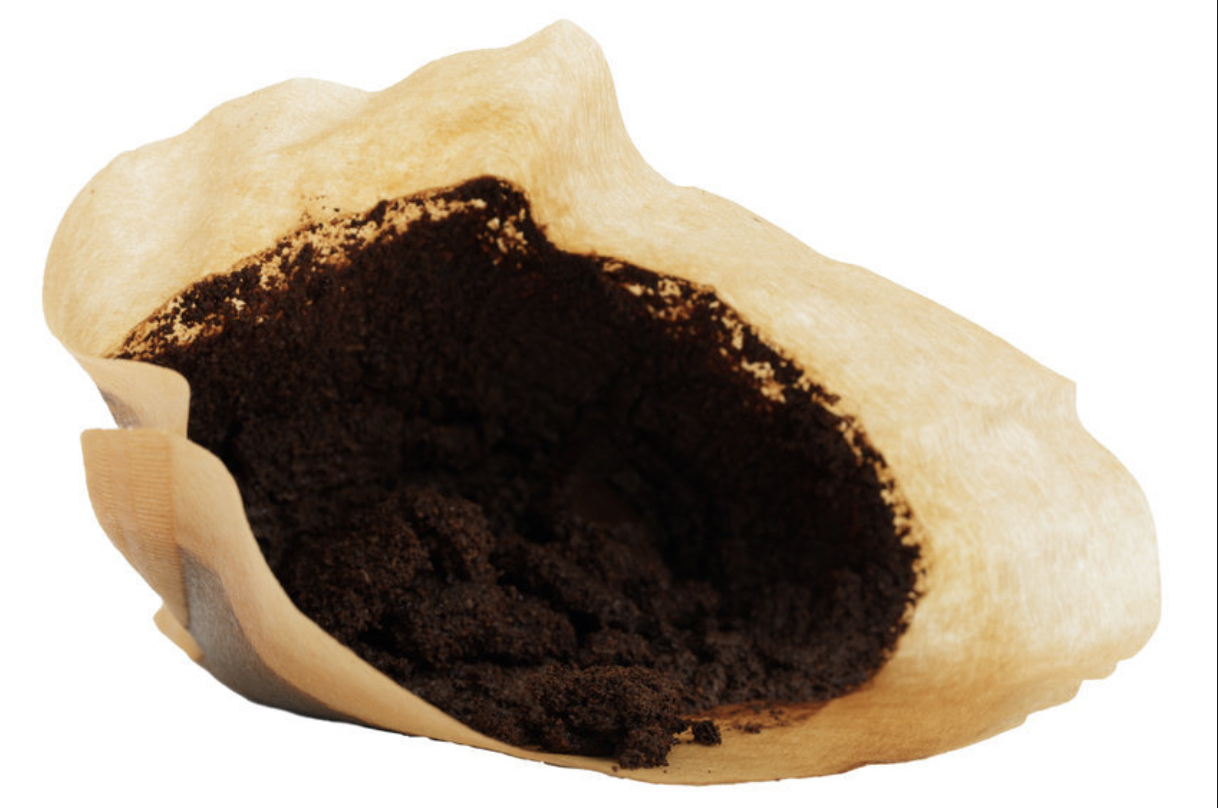 With winter upon us, winter garden myths come to the fore, notably popping up everywhere on social media … and one of them is that you can use coffee grounds to melt snow and ice. I’ve even seen usually quite trustworthy websites, like Huffington Post, promote the idea. But it isn’t quite exact.

Now, coffee grounds for ice control is not totally a myth either. Used coffee grounds can have a certain beneficial effect on unwanted snow and ice, but just can’t melt them on their own.

How Grounds Are Supposed to Help

The explanation usually given for why applying coffee grounds to ice or snow would be useful is that they’ll melt them because they are acidic.

Well, first of all, coffee grounds aren’t acidic … well, not really. Their pH varies, but in most cases, it will be close to neutral immediately after you’ve finished your cup of coffee: about 6.5 to 6.8. (7 is point-on neutral.) In most people’s gardening vocabulary, a pH of 6.5 to 6.8 is neutral.

Besides, whether acidity actually melts ice is a highly complicated question. Just about anything really concentrated that can dissolve will melt ice, whether acid or alkaline. Road salt, for example, the product most commonly used to melt ice and snow, is usually neutral to alkaline, depending on its purity. And coffee grounds are simply not concentrated acidity.

Pour Them While They’re Hot

Now, if you spread steaming hot coffee grounds on ice, that would melt it … a bit. But the effect wouldn’t last more than a few seconds at best, so that would probably not change the situation very much. It would actually be easier to pour your piping hot coffee on the ice (black would be best) and it would be just as effective. Coffee grounds, especially when soggy, just aren’t easy to spread!

Of course, if you spread coffee grounds on snow or ice on a sunny day, that could help. Especially if the temperature was fairly mild. Grounds being dark in color absorb heat and can indeed help melt ice and snow. They’ll sink right in … usually after a series of sunny days. That’s a secondary effect of spreading sand and grit on ice, too. Anything darker than snow would do the same thing. Mostly, though, it isn’t very sunny when it’s snowing, is it?

Where coffee grounds could be helpful in ice management, though, is that they have a coarse texture. If spread on ice (shovel the snow off first), they’ll act much the way sand and grit would and help keep your feet from slipping.

And unlike sand or salt, you don’t have to pay extra for coffee grounds: they’re a by-product of your usual domestic coffee-making. So, by using them as a source of traction, you’re recycling and that’s wonderful.

Also, most de-icing products are harmful to plants. Road salt especially. But coffee grounds are actually good for them, at least once they decompose. There’s a limit to that—growing plants in pure coffee grounds can kill them! —, but that’s not a limit you’re likely to reach simply spreading grounds on a sidewalk to prevent skidding. Fairly little of the grounds will likely end up in nearby lawns or flower beds. Most, you’ll have tracked them into your house over the winter, giving you a coffee-brown carpet. Charming!

Where to Find Enough?

The main problem is likely to be collecting enough coffee grounds! I can’t imagine producing enough to cover my need for grit on my stairs and walkways, but maybe you drink a lot more coffee than I do.

So, start saving up!

6 comments on “Garden Myth: You Can Use Coffee Grounds to Melt Ice”