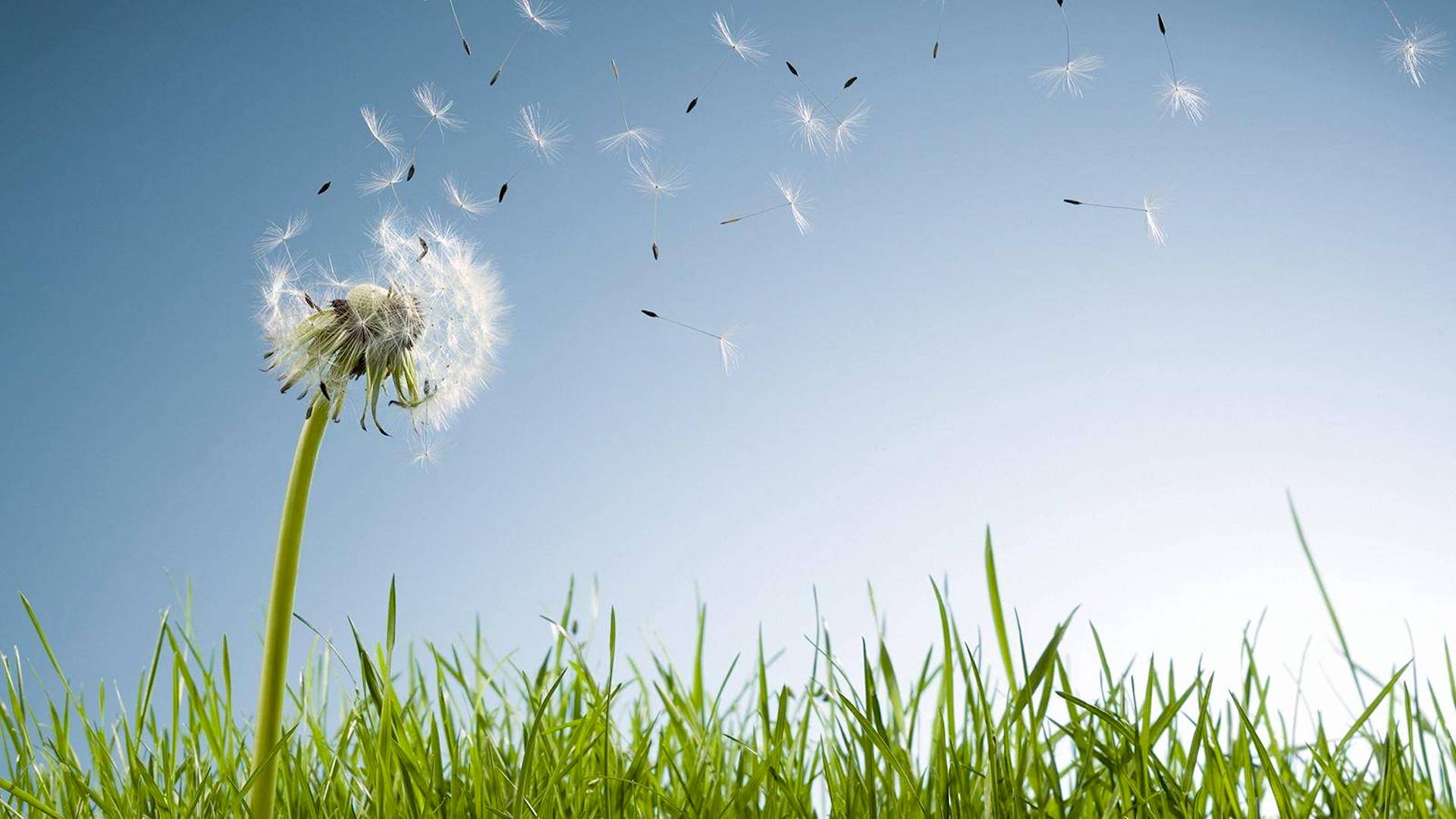 Plants have developed ingenious methods to ensure the dispersal of their seeds. Dandelions, for example, take advantage of the wind. Photo: tigtagjunior.com

At this time of year when gardeners are preparing to sow vegetables, herbs and flowers for the summer garden, it can be interesting take a deeper look into a most fascinating natural phenomenon: how seeds are dispersed. Because a plant doesn’t produce seeds for the simple pleasure of doing so: they’re its main way not only of reproduction, but also of getting around.

If all seeds fell only by gravity to the base of the mother plant and then stayed put, they might end up in such deep shade they couldn’t germinate. That just isn’t workable. So, over the millennia, plants have had to find other ways of making sure their seeds get further afield and, in doing so, they developed many fascinating dispersal techniques.

Blowin’ in the Wind

Many plants rely on the wind to disperse their seeds. Poppy seeds, for example, remain in their capsule until a blustery day makes them wobble back and forth, tossing them in all directions.

Many seeds come with wings to help them get about. What child doesn’t know about what we used to call “helicopters” when I was a kid, the samaras of the maples which, as they fall, spin and are carried far away from the mother tree? Even more effectively, some “wings” have become light and feathery, making the seed almost as light as air. The dandelion, with its “parachute”, is an expert in getting around: some seeds traveling up to 100 kilometers strictly on wind power.

Other plants opt for seeds so small and light they don’t need wings. They’re essentially as light as the air and easily carried afar by even the slightest breeze. That’s the case with orchids, that produce the smallest seeds in the world, so light they can travel several kilometers. Fern spores, while technically not seeds, are even lighter and travel even further. Ferns have already been found sprouting on the freshly cooled lava of a new volcanic island located over 3,000 km from the nearest population of that species!

Water as a Tool

For aquatic or riparian plants, water is often a major seed carrier. Their seeds have the ability to float, sometimes for months, until a wave drops them in a suitable habitat.

The coconut palm (Cocos nucifera) has worked its way through much of the tropical world thanks its highly buoyant nuts. You may have noticed that when coconut palm grows on a beach, it often leans out over the sea, ensuring that its seeds drop into the water when they fall from the trunk.

On the other hand, this tropical fruit also grows inland … but only when it’s planted there by human hands, because without water to carry them away, its large nuts drop uselessly to the ground, accumulating in piles at the foot of the mother plant where, for lack of sun, most of them either germinate, but fail to thrive or simply rot.

Many plants have learned to rely on other, more mobile carriers—animals!—to help disperse their seeds. Most of these plants have edible seeds or fruits; the animal collects their seeds and, with a bit of luck, carries them somewhere else to eat them, ensuring their spread.

But this kind of dispersal can be a bit tricky. After all, if the animal carrier digests the seed, that gives the plant no benefit. So, plants have learned to be devious. Often the fruit has edible flesh, but the seed is either inedible or less interesting than the fruit and therefore dropped, thus sowing the seed. In other cases, the animal actually does swallow the seed, but its hard coat allows it to travel intact through the animal’s digestive system to be discharged later in its droppings. In fact, many seeds will not germinate without passing through the digestive system of a bird or mammal.

Many fruits even tell their hosts that they are ready to be harvested by drastically changing color. That’s why cherries and strawberries turn red when they’re ripe: it’s to tell l birds and other animals that it’s time to come and eat them!

However, some seeds place their trust in the animal’s shoddy memory. The seed inside a walnut (Juglans spp.) is perfectly edible and digestible, as the embryo in the center of the acorn (seed of the oak tree, Quercus spp.), but both nevertheless rely on squirrels, woodpeckers, jays and other birds and mammals for their dispersal.

It seems rather dangerous to give your precious seeds to an animal—and a greedy one at that!—that will gladly eat and digest the its contents, but there is method to these plants’ madness. Their trick is to produce far more nuts than the animal could possibly eat all at once, so it gathers and stores the excess nuts for the winter, burying them in safe places. Sometimes the animal then forgets where it put them, sometimes it stores too many and doesn’t need to come back and harvest all of them … and sometimes it simply doesn’t make it through the winter. Whatever the situation, this method ensures that enough conveniently planted walnuts and acorns are never actually eaten and thus ensure the dispersal of walnut and oak trees.

And who doesn’t know that some seeds have learned to hitch a ride on animals in order to get around? Burdocks, with their Velcrolike hooked teeth, cling to animal hair—and our clothes!—and thus travel far and wide. As they are irritating, however, the animal scratches itself to remove them, knocking the seeds free … and that way they sometimes fall several kilometers from their place of origin.

Some aquatic plants also have hooked seeds that grip the feathers of waterfowl, allowing them to travel from one lake to another.

And did you know that there are even seeds that travel … by car? Vehicles easily transport certain seeds over long distances, stuck to the soil that attaches to the frame or tires. One study found that the most common seeds dispersed by automobiles in the UK were plantain (Plantago major), annual bluegrass (Poa annua), rough bluegrass (Poa trivialis), stinging nettle (Urtica dioica) and pineapple weed (Matricaria discoidea). Who knew?

Carrier Exclusivity Can Be a Double-Edged Sword

But there can be a problem if a plant comes to depend too heavily on a specific animal for its dispersal. What if the animal carrier goes extinct?

That’s what happened to many tropical fruit trees in the Americas. Botanists exploring South and Central America in previous centuries were confused by the discovery of many trees with very large, fleshy, and apparently delicious fruit, evidently designed to be eaten and dispersed by a very large animal, but which no longer seemed to be finding takers. In fact, all of these trees were in danger of extinction because they could no longer reproduce effectively.

The conclusion? That humans, upon arrival in the New World, had hunted fruit-loving giant sloths, once abundant throughout the region, so effectively they went extinct, leaving their favorite trees without a means of dispersal. Many isolated trees found here and there were the last of their kind!

Fortunately, the new invader, humans, adopted some of these fruits which are now only found in cultivation. Such is the case with the avocado (Persea americana) we now find abundantly in our supermarkets.

Some plants have a surprising technique to ensure their dispersion: they have explosive capsules. This is called ballistic dispersal.

When the seeds are ripe, the capsule twists or bursts suddenly, throwing the seeds a good distance. The impatiens (Impatiens spp.), whose capsules burst open shooting seeds everywhere, much to the delight of children, falls into this category, and geraniums (Geranium spp.) and violets (Viola spp.) have a similar system.

The most explosive of all is perhaps the sandbox tree (Hura crepitans) that creates a sound like dynamite when it shoots off its seeds. Not surprisingly, it’s also known as the dynamite tree!

Other plants have come to depend on humans for their dispersal. There’s even a name for this phenomenon: anthropochory.

Vegetables, cereals and garden flowers rarely disperse seed on their own anymore: they rely on humans for their reproduction. Seed companies harvest their seeds and sell them in seed packs, bags or boxes to the gardeners and farmers who then sow them. Thus, these plants can travel thousands of kilometers. Indeed, the tomato seed you sow this spring might well have travelled from Israel or Thailand.

Go for it, plants! Make the humans do your bidding!

Some domesticated plants are so dependent on humans for their dispersal that they are no longer able to reproduce on their own. Corn or maize (Zea mays), considered the most “evolved” of cereals (at least from a human point of view), is so far removed from its ancestral form that its seeds no longer fall off the cob without help and thus cannot germinate unless humans pluck them free. So, if human beings were to disappear, that would be the end of corn.

The next time you hold a bag of seeds in your hands, in addition to marveling at the idea those tiny, inert, hard-shelled organs that will, in just a few months, turn into delicious vegetables and beautiful flowers, also think of the path they have taken to get from Asia, South America or Australia to your garden. It’s just another little miracle of daily gardening life!

3 comments on “How Seeds Get Around”