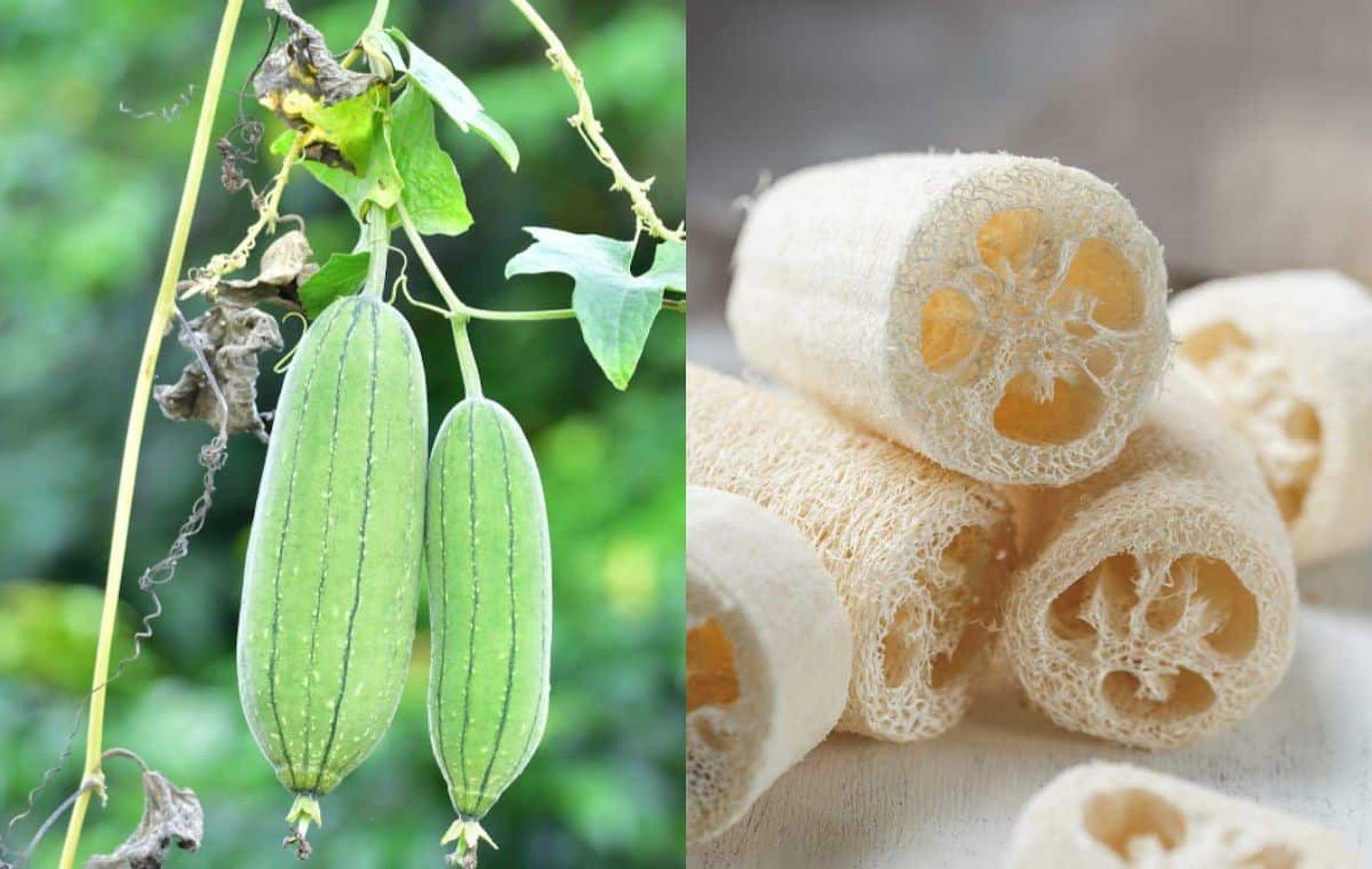 Luffas are a challenge to grow in short-season areas, but if you’re interested in trying, read on. Photo: naturallivingideas.com

Most people have seen luffa sponges, widely used as a scrubbing tool in kitchens and for exfoliating in the shower, but many seem to believe they grow under the sea. They’re confusing luffa sponges with the true sponge, which is a multicelled aquatic immobile animal, harvested and dried for retail sale.

The luffa sponge is instead the dried inside of a fruit that grows on a climbing plant in the gourd family (Cucurbitaceae). There are two species commonly grown for that purpose: the angled or ridged luffa (Luffa acutangula), which has a distinctly ridged fruit, and smooth luffa (L. aegypitiaca), with a smooth skin and in fact, looks much like a cucumber. They are also called vegetable gourds or dishrag gourds.

Another thing most of us don’t know about luffas is that, when harvested immature, as you would a cucumber, the gourds are edible and are popular vegetables in many Asiatic cuisines.

A reader recently asked me how to succeed with luffas in her hardiness zone 4 climate. She’d already failed twice. I instead recommended that she grow something else … but then promised I’d write about growing luffas in a short-season climate in my blog. Honestly, I don’t recommend this, but it can be done. So, if you’re willing to put some effort into it, here’s how.

In a sense, luffas no more difficult to grow than cucumbers, which they resemble in so many ways, but they do need a very long growing season (about 200 days) and constantly warm temperatures to produce a mature gourd you could harvest for scrubbing. That makes them difficult to grow in colder climates, where the entire growing season can be less than 120 days and nights are likely to dip below 50˚F (10˚C) anytime between planting out and late fall. In hardiness zones 7 and above, growing them ought to be quite feasible, but in zones 6 and below … it’s going to be tough going.

The main secret is that you’ll likely have to grow the plants “under glass” (not that anyone much uses a true glassed-in structure anymore, but rather transparent plastic sheeting). Not necessarily a formal greenhouse, but something like a large teepee or head-high tunnel would do. The idea is to open the plastic greenhouse during the day to let out heat (except on the coolest days) and close it on any nights when temperatures will drop below 60˚F (15˚C) to keep in the heat. (The critical temperature is actually 50˚F (10˚C), but why take a chance?) Even one night below 50˚F (10˚C) can stop the plant cold and it can take a month to recuperate. At 40˚F (5˚C), it will likely die. So, keeping the plant under wraps, plus an earlier than usual harvest, should get you through.

I managed to grow luffas successfully only twice, decades back when I was a younger, much less laidback gardener, out for a challenge. I’ve since discovered that I no longer need to prove my garden mettle by forcing poorly adapted plants to bend to my needs. Hey, if I want a luffa sponge, I can go out and buy one!

So, here I’ll share what I know and if you want to take up the challenge, that’s up to you. But I do recommend trying something a bit easier if you live in a short-summer area, like such luffa relatives as cucumbers, cucamelons or squash.

Here’s what to do to succeed with luffas in a cold climate.

So, you can grow luffa in a cold or short-season climate … but are you really willing to put all that much effort into it?

4 comments on “Growing Luffas in a Cold Climate”