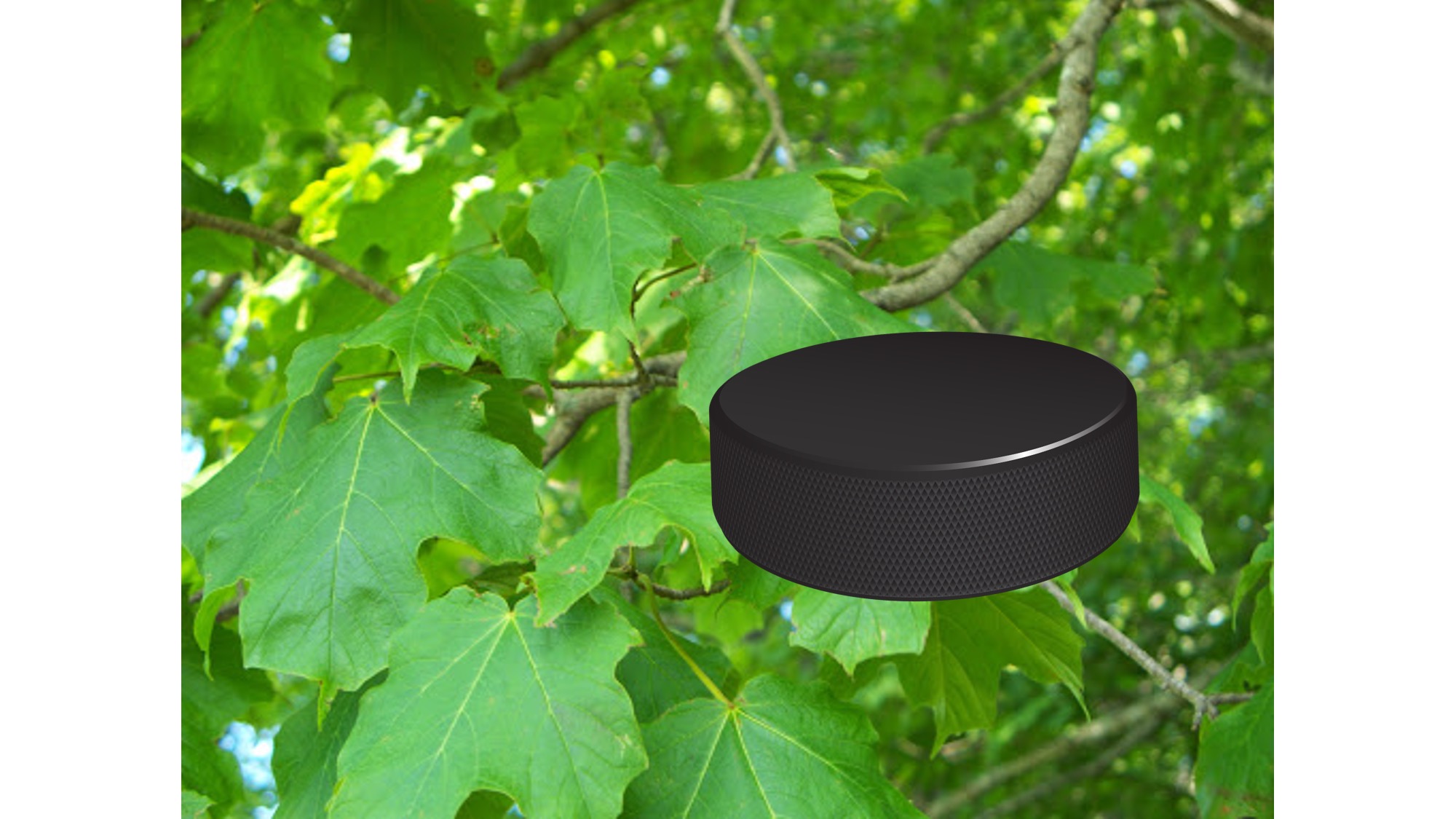 In the April 1st edition of Science News Monthly, scientists Mélissa Bordeleau and Alyssa Tanguay of Université Laval in Quebec announced the development of a genetically modified tree that can be used to produce hockey pucks.

Using CRISPR technology, they were able to remove a cluster of three latex-producing genes from the rubber tree (Ficus elastica) and insert them into embryos of sugar maples (Acer saccharum). The resulting trees produce sticky white latex sap instead of the clear sugary sap of a normal sugar maple. When saplings reach from 6 to 7 years of age, their sap-filled trunk can be cut into puck-shaped slices, pressed, vulcanized and turned into perfect imitations of the traditional hard rubber hockey puck.

This is actually a return to the original hockey puck which was, until the 1870s, made of slices of sugar maple trunks. However, wooden pucks tended to break apart after only a short use, unlike the long-lasting rubber pucks that came to replace them.

The new sugar maple hockey pucks were tested this winter by various clubs, including the Beaverton Busters of Beaverton, Ontario, and found perfectly adequate. “They really slide over the ice like any other puck, maybe even faster,” noted the club’s mascot, Jake Imbroglio. “Our team loves them!”

This solves a long-time complication for the Canada-dominated sport of ice hockey, which has had to rely on pucks imported from Malaysia for over a century. Sugar maples are hardy trees and can be grown throughout much of Eastern Canada, and thus the new latex-bearing trees may over time bring the hockey puck industry back to its home country.

Further studies are underway to see whether the latex can be tapped from more mature GMO sugar maples, much in the way sap is now harvested for use in the production of maple syrup, possibly leading to a new rubber-producing industry adapted to cold temperate climates.