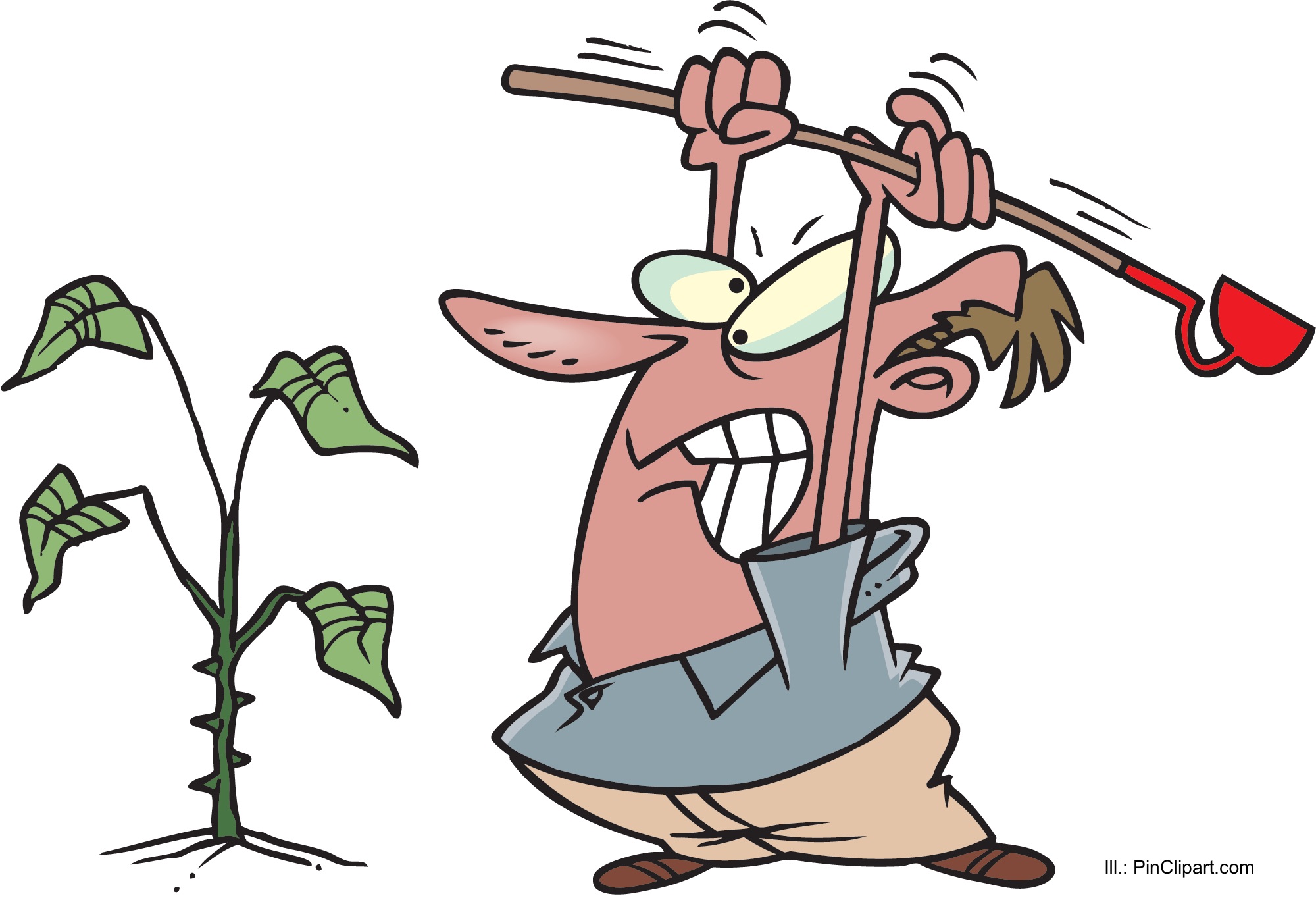 You’re a novice gardener and you’re heading off to your local garden center to buy some perennials for a new flower bed. Surely you can trust the store to only provide plants that will give great results, right?

Well, actually, no! Among the rows and rows of perennials whose garden behavior is pretty much irreproachable, there are also some dangerously invasive plants that can spoil anyone’s gardening pleasure for years to come. Ineradicable, they are worse than most weeds, spreading rampantly throughout your flower bed … and even well beyond the garden, into lawns, veggie beds, forested areas, and—horror of horrors!—even your neighbor’s yard, behaving like thugs and smothering desirable plants in the process.

While no one can deny that any perennial sold in a garden center probably has ornamental qualities, these weedy ones are seriously invasive and, furthermore, also almost impossible to get rid of. No matter how hard you try, they always seem to grow back!

You’d think the garden center would put up a warning sign: “Beware, this plant has invasive tendencies.” Or that that the clerk at the checkout would at least ask you, “Are you really sure you want to plant this?” My experience, though, is that it’s caveat emptor all the way: buyer beware. Apparently, you’re somehow supposed to know this.

I wish someone had warned me about these plants back when I was a beginning gardener!

Here are some of the so-called ornamental perennials that are in fact weeds of the worst kind. If you do want to plant them, make sure it’s somewhere where their ability to spread all over the place isn’t a problem, such as inside a sturdy barrier sunk into the ground that they can’t possibly escape from.

Chameleon Plant (Houttuynia cordata ‘Chameleon’): it has stunning tricolored foliage and gorgeous pure white flowers. Hey, it’s even edible! But it will try to take over your entire yard, especially if conditions are moist, and can completely fill a water garden (it will grow as a semi-aquatic plant) in just a few years.

Cypress spurge (Euphorbia cyparissias): a small spreading plant producing a mass of thin grayish-green leaves and fairly dense clusters of chartreuse-yellow flowers. Pretty enough, but in addition to being highly invasive, its milky sap is toxic and handling it (i.e., trying to pull it out!) can cause skin irritation.

Goutweed (Aegopodium podagraria ‘Variegatum’): also called bishop’s weed or ground elder, this perennial is already found in established gardens in temperate climates everywhere, a result of past mistakes, so why would you want to plant more? Yet, it remains one of the best-selling perennials: go figure! This is one of the worst weeds in this group of weedy plants and is almost impossible to eradicate. It’s easily recognized by its deeply cut foliage irregularly edged in creamy white. Its umbels of white flowers add little interest.

You can control most invasive perennials by planting them inside a barrier they can’t escape from, like a bucket with the bottom removed sunk into the garden soil.

Japanese Knotweed (Fallopia japonica): undoubtedly the worst of all the weedy perennials. A huge plant with thick bamboolike stems and dense foliage, it will take over just about every other garden plant and crowd it out of existence. And the thick rhizomes of this monstrous perennial have been known to punch their way through asphalt!

Lily of the Valley (Convallaria majalis): with its cute little bells giving off such a charming perfume, I can see why someone might be tempted to plant lily of the valley, but most people end up bitterly regretting their purchase. In addition, the whole plant is highly toxic and its red berries, especially, can be a real danger for toddlers who might mistake them for candy.

Mint (Mentha spp.): well, yes, mints can be delicious, but most (and there are dozens of species) are also very invasive, especially in moist soils. Rather than grow these herbs yourself and risk years of trying to put the genie back into the bottle, you can probably find some in the wild near where you live that you can harvest for your cooking needs.

Moneywort or Creeping Jenny (Lysimachia nummularia): a groundcover with yellow flowers, creeping stems and nearly round leaves, this plant will quickly spread through all your plantings, rooting at the nodes. This plant is so low-growing (rarely more than 1 inch/2.5 cm in height) that it does little harm to the plants it surrounds, but if you like to maintain control over your plantings, be forewarned that it simply won’t stay in place.

Plume Poppy (Macleaya microcarpa and M. cordata): a huge perennial with curiously cut leaves, silvery underneath, and feathery although not really attractive flowers. Violently aggressive in sandy soils and also poisonous. I stupidly planted this one years ago when it was new and little known and soon came to regret it. As for its name, plume poppy, it looks nothing like a poppy, but it is in the poppy family (Papaveraceae).

Ribbon Grass (Phalaris arundinacea picta): an old Victorian favorite and still spreading since that time, this fairly short grass with white-striped foliage and unobtrusive flower spikes seems like it wants to conquer the whole world.

Silver Wormwood (Artemisia ludoviciana) and Beach Wormwood (A. stelleriana): these two perennials with very silvery leaves, but insignificant flowers, are certainly handsome plants, but their attractive leaves hide creeping, spreading rhizomes, that, especially in sunny, fairly dry conditions, easily get out of control. But don’t classify all wormwoods (Artemisia spp.) among the garden thugs to avoid: Silver Mound wormwood or just “silvermound” (A. schmidtiana ‘Nana’) is just one example of a wormwood that remains in a nice, tight clump!

Yellow Loosestrife (Lysimachia punctata): upright stems of starry yellow flowers. Certainly a pretty enough perennial, but far too enterprising. And it’s not the only pretty loosestrife you should think twice about planting: another is gooseneck loosestrife (L. clethroides).

Getting Thuggish Perennials Under Control

Do you already have some of the plants above running riot in your gardens or lawn and you’re wondering know how to get rid of them? The most obvious solution, of course, is to sell your house and move!

Or read the answer to a question a reader recently asked me and that I used in a newspaper column.

Question: How do I get rid of lily of the valley? I planted only three pots of it a decade ago and now it’s everywhere.

Answer: No matter how much you pull up lily of the valley or turn over the soil trying to root it out, you always end up leaving pieces of its creeping rhizome in the soil … and it will grow back from even the tiniest piece, so the more you pull and dig, the more it grows! Even herbicides like glyphosate (the famous Roundup) often do a better job killing everything else in the garden while lily of the valley just grows back!

The most logical way of killing lily of the valley is to cut off its supply of sunlight. This is because, like any green plant, it depends entirely on the sun for its energy and therefore its survival. Without light, it will die.

Now, it will put up with low light (it’s very shade tolerant), but “no light”? Nope!

So, here are two things you could try:

Invasive perennials: you can try removing them, but still, the easiest way to control them is to … avoid planting them!