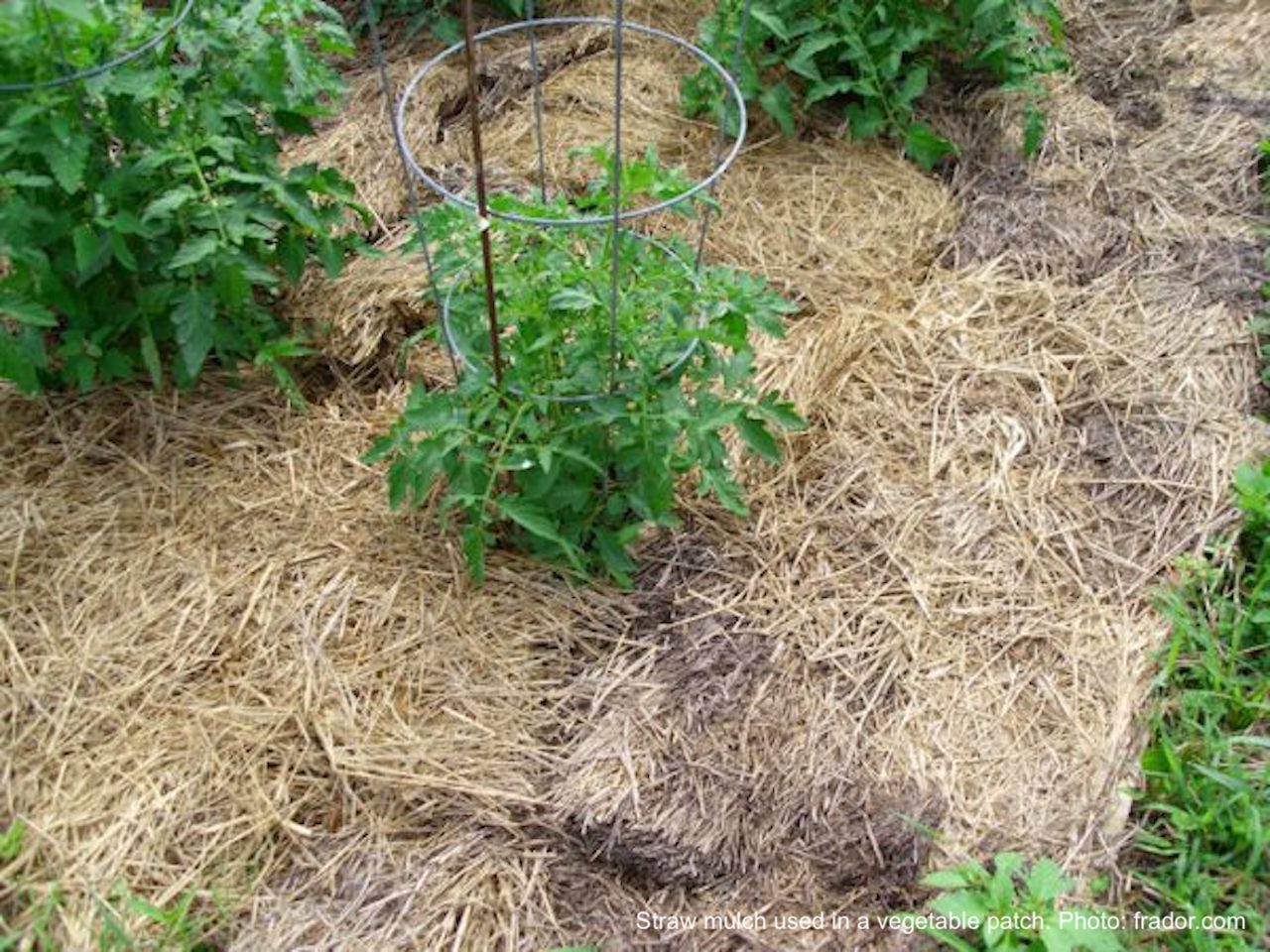 Mulching is one of the basic elements of “laidback gardening”. Mulch consists of a layer of usually organic matter about 3 to 4 inches (7–10 cm) thick covering the soil of a garden and thus creating a barrier between the air and its drying effect—and also against the seeds of the weeds being blown in—and the soil where the roots of your plants grow.

If you’ve never gardened with mulch, you will be amazed to discover how mulches—and especially the decomposable kinds—can make it easier to grow plants. Here are the main advantages of decomposable mulches:

But There are Also Disadvantages

Nothing is perfect in this world and so it is with mulches. Their greatest sin is… they decompose over time and thus disappear, forcing the gardener to “top them up” regularly. But there are also other flaws, including:

The Best Mulches for Gardening

The best mulches for use in an active garden (one where you do a lot of planting and harvesting) are organic mulches that break down fairly quickly, because if a mulch remains intact for several years, it ends up filling in with dust and is then no longer very effective. When the layer of mulch thins decreases to less than 2 inches (4 cm), at which point light starts to sneak through the mulch and reach the soil which can allow weed seeds to germinate, the solution is fortunately simple: just add more mulch to bring it back into the 3 to 4-inch (7 to 10 cm) range!

But that does mean that mulches that last for a long time, even those of organic origin, such as bark mulch, cedar mulch and wood mulch in general, including all those tinted mulches that come in various colors, are not very good choices for a flower bed or vegetable garden.

Also, inorganic mulches (river pebbles, decorative stones, marble shards, lava stones, recycled glass mulch, rubber mulch, etc.), essentially permanent, are more decorative than anything else. You certainly do not want to mix them into the soil when you’re gardening!

Helpful Hint: Use readily decomposable mulches in flower beds and vegetable gardens, places where you’ll be frequently digging, planting and harvesting, while long-lasting mulches could be used outside of intensely gardened areas, such as in paths, at the foot of trees, in shrub borders, at the base of hedges, in foundation plantings, etc.

Here are some of the most interesting “decomposable mulches” for active gardening:

Mulches: when you learn how to use them, they can make gardening so much easier!

0 comments on “The Benefits of Mulching”