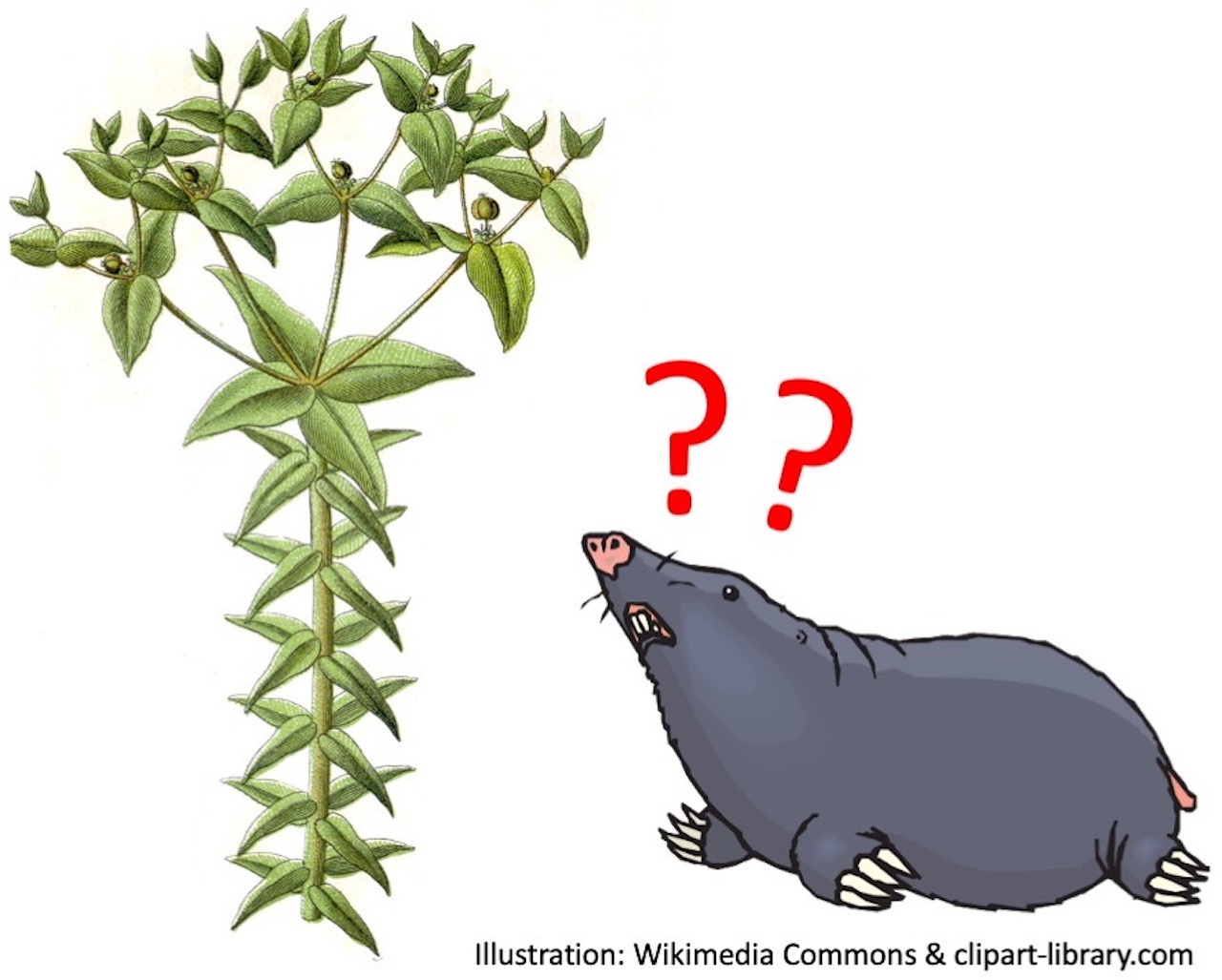 There are quite a few websites that recommend planting a biennial (occasionally annual) spurge known as the mole plant or gopher plant (Euphorbia lathyris)* to repel moles and gophers from the garden. The claim is either that it gives off an odor that moles and gophers simply cannot stand or its poisonous roots will keep them away. But that turns out to be false. Neither pest seems to be even slightly bothered by the plant’s presence. So why waste your time?

But worse yet, this plant, originally from the Mediterranean region, self-sows abundantly in many situations and has become a noxious weed in many places on five continents. Growing it is even banned in New Zealand and parts of Australia.

And it’s also poisonous. The white sap that flows abundantly from the slightest wound is toxic not only if consumed, but even to the touch, causing skin irritation, even temporary blindness if it reaches the eye. People have been hospitalized after mistakenly eating it (the seeds can look like capers). It is also toxic to pets and farm animals, although goats are said to be able to eat it (it does render their milk toxic, though).

The mole plant is also sold by some seed catalogs as an ornamental and there is no denying it can be attractive, with its stiffly upright purplish to blue-green stems 3 to 5 feet (90 to 150 cm) tall and long, lance-shaped leaves with a white central vein set in pairs that form a perfect cross when seen from above.

The bright chartreuse yellow flowers in late spring or early summer are striking and the round seed capsules that follow are not unattractive either… although, if you don’t want this plant to spread, you should clip them off.

Another plus, it remains resolutely green during the worst of droughts, when everything else is brown.

However, given its toxicity and risk of escaping from culture to become a weed (it’s especially invasive in fairly arid climates in USDA hardiness zones 5 to 9), not to mention that it will not repel “varmints” as promised, I think this is a plant it is best to avoid.