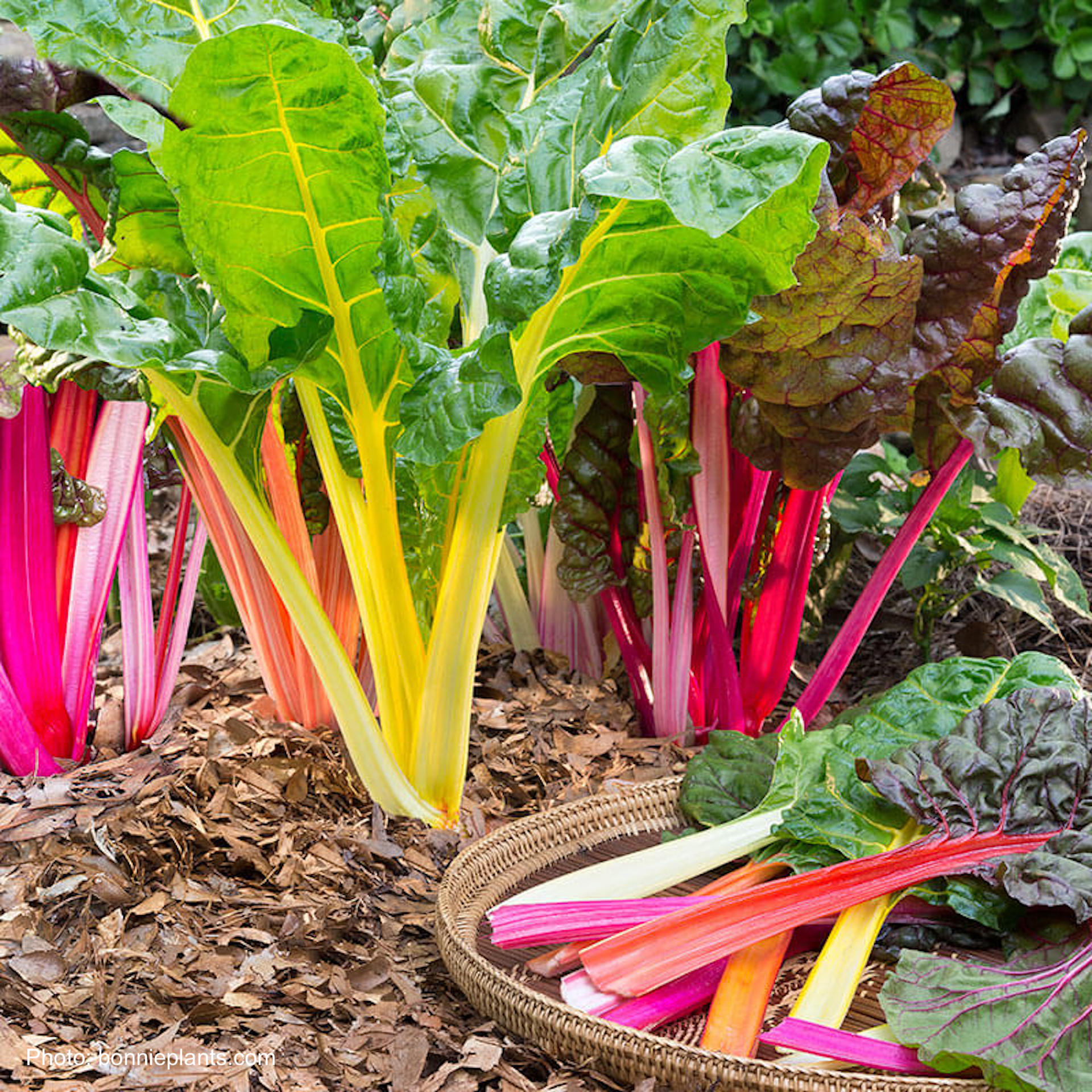 Swiss chard (Beta vulgaris cicla) is a selection of the wild beet or sea beet (Beta vulgaris maritima), the same plant that gave us the garden beet or beetroot (Beta vulgaris crassa). But instead of producing a swollen edible root, Swiss chard provides markedly thickened petioles and much larger leaves. Both are edible and can be used much like its cousin, spinach (Spinacia oleracea), raw in salads or cooked, as their tastes are similar. Moreover, Swiss chard complements spinach well as it starts producing when the ever-so-early spinach starts to go to seed.

Swiss chard is, however, much easier to grow than the rather finicky spinach. In fact, it’s one of the easiest of the leaf vegetables.

You can sow Swiss chard any time in spring, even so early the soil is still quite cool, as long as it has thawed and dried out enough to be easily workable. If temperatures drop, remember it will tolerate a touch of frost, although if things risk getting seriously cold (well below freezing), do cover the young plants at night.

Sow seeds 1/2 to 1 inch (1–2 cm) deep in a rich, well-drained soil and a sunny location, either in the ground or in a container. As the foliage is beautiful (there are varieties with red, pink, orange, yellow, green or white petioles, a color that also extends into the foliage), Swiss chard looks as much at home in a flowerbed as in a vegetable patch. A great choice for edible landscaping!

Don’t be afraid to sow chard fairly densely, as the seedlings and young plants are edible: as you thin them, harvest the young greens for the kitchen, then leave about 8 to 10 inches (20 to 25 cm) between the remaining plants, the ones that will provide leaves to harvest for rest of the summer.

… That you can also grow Swiss chard as a sprout or microgreen and thus have it to munch on at any time of the year?

The secret to Swiss chard in the home garden is to not do like market gardeners and harvest the whole plant at once, cutting it off at the base. That will end its growing season on the spot. Instead, pick only the outer leaves from each plant, a few at a time. That way the plant will continue to grow new ones from its center throughout the summer … and your harvest can continue until severe frost. Depending on your local climate, you may still be eating fresh Swiss chard in November, even into winter in the mildest climates!

You can keep surplus chard seeds for about 4 years as long as you keep them cool and dry. And if you live in a fairly mild climate (USDA zone 6/Agriculture Canada zone 7 or warmer), you’ll be able to produce your own Swiss chard seed if you leave a plant or two in the garden over the winter, because it’s a biennial and will bloom and produce seeds the second year. In colder climates … well, just buy more seed when you run out!

Swiss chard: so colorful, so easy to grow. No garden should be without it!

Adapted from an article that first appeared in this blog on April 20, 2015.