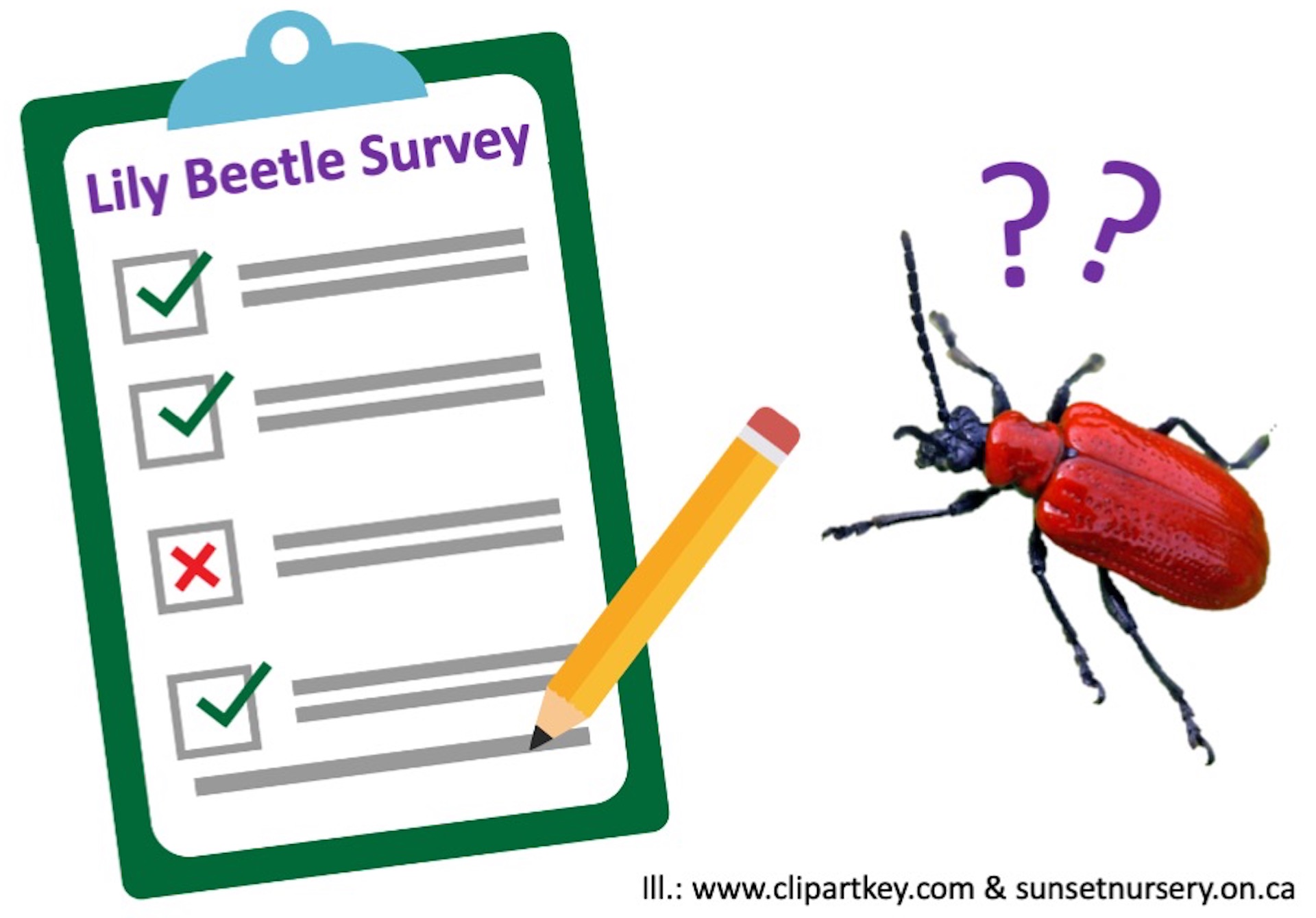 Two years ago I wrote an article about the decrease in lily beetle infestations in my area: Where Have All the (Lily) Beetles Gone?

çIn eastern North America, the scarlet lily beetle (Lilioceris lilii) has been making life miserable for lily lovers for decades now, chewing on leaves and flowers of all species of lily (Lilium spp.) and a few related plants, and generally making a total mess of them. To the point where many gardeners pulled their lilies out and no longer grow them.

The scarlet lily beetle actually quite a beautiful creature: elongated and bright orange-red on the top, with a black head and a black underside. Originally native to Europe and Asia, it was accidentally brought to Montreal in 1942 where it seems to have spent a good 50 years acclimatizing, then suddenly began to spread back in the early 1990s. It is now widely distributed through New England and all of Eastern Canada and continues to spread into western North America. But its numbers now seem to be dropping in some areas. At least, that was what I noticed in 2019.

It turns out that I’m not the only person interested in understanding the dynamics of the lily beetle population. Apparently, there is an entire scientific community out there looking at the situation and trying to help.

Here’s a message I recently received:

I read with great interest your 2019 blog entry “Where Have All the (Lily) Beetles Gone?”. I’ve been organizing the releases of the biocontrol agent Tetrastichus setifer in Canada over the past ten years. We made releases in various locations over the last decade. In Ottawa, where we did the first release, we now have a hard time finding lily beetles for our research.

Since it has been 20 years since the first US release and 10 years since the first Canadian release, my University of Rhode Island colleagues and I are trying to assess the status of the lily beetle across North America. We’re going to try to map gardeners’ and naturalists’ impressions of the severity of lily beetle damage (gathered through a survey on my website: https://lilybeetletracker.weebly.com/) and superimpose the release sites on that, to see how well they match up. Of course, you’re right that there are other hypotheses that could explain the decline of the beetle: weather, gardeners giving up on lilies, sublethal infections that have built up over the years, etc. But if we see a good geographical match between the declines and the release sites, that should point to an effect of the biocontrol agents.

I was wondering if you would be willing to point your readers to my website so that I can get their impressions? (The survey is very short and takes only a few minutes to fill out.) Or perhaps you might be able to suggest an alternative way to reach out to gardeners throughout North America?

Thank you and kind regards,

Well, readers, what are you waiting for? If you hate the lily beetle as much as I do, do respond to Naomi’s survey by going lilybeetletracker.weebly.com/ and clicking on NEW! 2021 Citizen Science to fill it out. It also explains how to actually take samples of lily beetle larvae and test them for the presence of parasites. How cool is that?

If we all share our information, we might help bring this introduced pest under control and thus be able to grow lilies again!